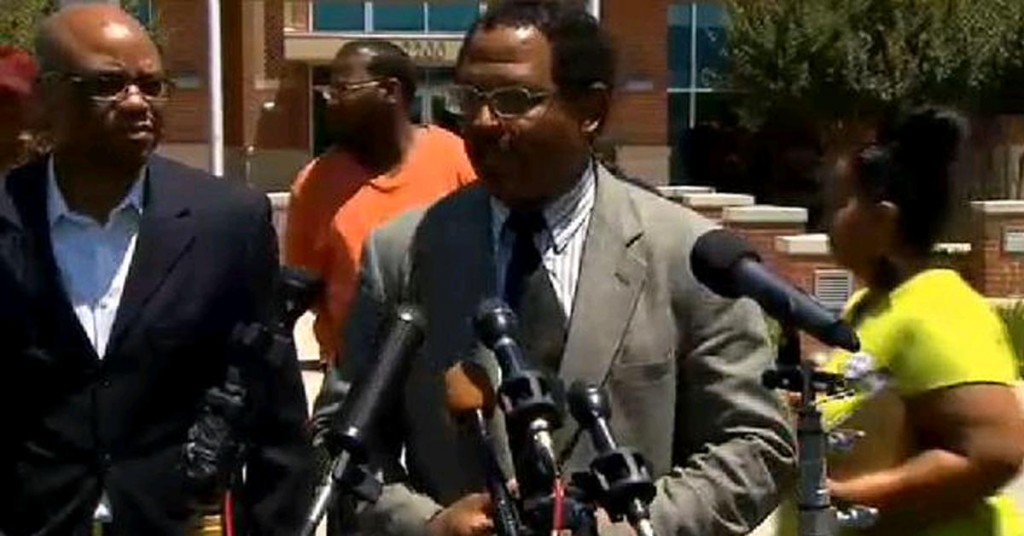 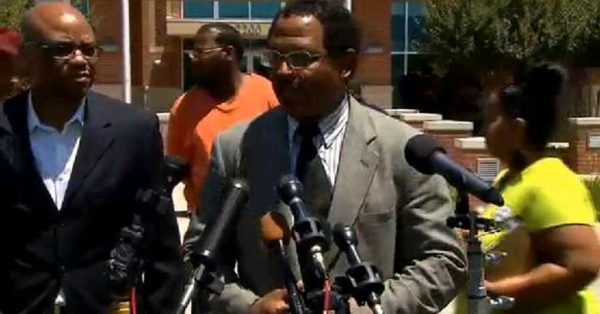 (INTELLIHUB) — In a stunning statement made on live TV, a black pastor and supporter of the #BlackLivesMatter movement literally threatened terrorism against police and the American people.

Speaking at a press conference for the McKinney pool party controversy, Rev. Ronald Wright announced his belief that black Americans (“us”) will soon begin to use terrorism as a political weapon.

“We’re setting the stage for a terrorist attack in this country. And the group is not going to be ISIS, it’s going to be ‘US-IS,’ us against these unjust law officers and people who continue to allow racism to grow into this city,” (emphasis mine)

Perhaps the most startling part of the comments made by Wright is the part where he makes clear that not only will police be attacked but also any American who protesters believe are allowing racism to continue to grow.

In other words, pretty much any American who disagrees with any portion of the Soros backed #BlackLivesMatter movement may be a target.

Searching through the numerous left leaning news outlets that have wholeheartedly supported the #BlackLivesMatter movement from the beginning reveals not a single article about this disgusting call for terrorism against the American people.

News outlets such as Salon, Slate, Vox, the Grio, and many others are seemingly conducting a straight up media blackout on the pastors comments while at the same time publishing countless articles on the McKinney pool party controversy including some that blame white people as a whole for the actions of a thuggish police officer.

This apparent media blackout isn’t all that surprising, especially when you consider that after the Baltimore riots many of these same news outlets published articles that tried to legitimize the violence and looting on the streets of downtown Baltimore.

In late April, Alex Thomas, reporting for IntellihubNews, detailed a manifesto written by a hard left extremist and then published on the highly visited hard left “news” outlet Salon.com.

Popular hard left news outlet Salon.com has published an article praising the violence during the Baltimore riots, calling nonviolence a futile philosophy and pleas to follow the Constitution racist.

Calling smashed police cars and burning stores, “reasonable responses to generations of extreme state violence,” Hart details the belief held by many on the left that any action taken by black protesters is legitimate and should not be criticized.

Amazingly, Hart even attacks the media for, “slandering” the same protesters who were filmed looting random businesses, lighting fires, and attacking members of the media and innocent pedestrians alike.

One has to wonder if this article itself will be labeled racist for criticising a call to literally murder Americans in the street ISIS style. (which could include beheadings)

Not only has the leftist media fully supported a movement that has now had one of their most visible activists call for terrorism right here in America, they are also largely funded by the same people.

In the middle of May 2015 it was revealed that #BlackLivesMatter protesters were protesting over the fact that they hadn’t yet been paid to protest. Yes, you read that right, they were protesting not being paid for their past participation in the Ferguson unrest.

An Intellihub News report detailed this stunning fact and confirmed that the group paying protesters had been funded by billionaire leftist George Soros. (read the entire report for screenshots of Tweets and photographic proof of a list of already paid protesters)

A list released after a group of #BlackLivesMatter activists publicly protested not being paid to protest has revealed that the group Missourians Organizing for Reform and Empowerment (MORE) has paid at least 80 people to protest in Ferguson, Missouri and other hotspots around the country.

This startling information was revealed after activists held a protest on May 14th at the offices of MORE to openly complain about not being paid the money they were promised.

The uproar on Twitter over these activists not being paid their Soros money eventually led to a #cutthecheck trend and forced the organization to respond.

Their response allegedly included a list of people that they had already paid to protest.

“After protesters protested not getting their checks from MORE on May 14th, MORE allegedly distributed the following list as to who was paid to protest in Ferguson and elsewhere, to show where the money had been going,” wrote Weaselzippers.

In the days and weeks ahead it will be interesting to see if the pastors comments are spun in the leftist media to mean something they clearly didn’t (his statement was a pretty straight forward threat of terrorism, especially his use of the word “us”) or if they are ignored as they have been so far.

Unless the pastor had one of the worse misspoken sentences in the history of live TV his use of the word us clearly shows he wasn’t simply warning the public about what could happen. (which would still be completely unacceptable)

To make matters even worse, the federal government has publicly labeled so called right-wing extremists as a top domestic terror threat yet not one member of the Tea Party has EVER said anything remotely close to the statements made by Wright.

To reiterate, a black activist and pastor has publicly threatened police and the American people with ISIS style terror attacks to be conducted by angry #BlackLivesMatter supporters.

**We have reached out to Justice Seekers Texas for comment but have yet to receive a response.

Note: Obviously not all the people who have protested under the banner of the #BlackLivesMatter movement are planning acts of terrorism or being paid by George Soros. In fact, a vast majority of protesters are protesting legitimate police state issues but are sadly being lead astray by hard left billionaires and extremist, possibly criminal, activists.