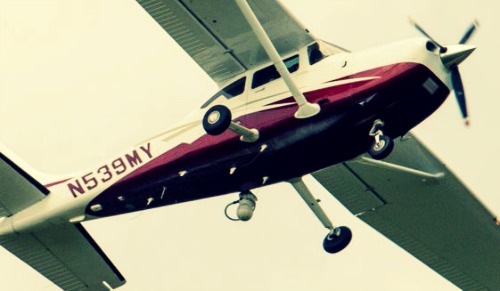 At this point it is ludicrous and hard to watch mainstream media sources pretend to be outraged at the inaction of Congress in the face of the growing police state. In this particular instance, it’s regarding the news that the FBI had created a small fleet of surveillance planes to spy on us wholesale.

Last week, Americans learned that even as the NSA collected information on their telephone and Internet behavior, the FBI was using fictitious companies to secretly operate what the AP called “a small air force with scores of low-flying planes across the country carrying video and, at times, cell phone surveillance technology.”The news organization reported that surveillance flights may be more than a decade old, and identified “more than 100 flights since late April orbiting both major cities and rural areas.”

The merits of this program will now be debated.

As in, in the press? Ha. Ha ha HA. More like discussed just long enough to make people angry, give them a steam valve to vent, and meanwhile not much will change. Kinda like the Snowden leaks that get slow-dripped out to the citizens every once in a while as they have been for the last two years. Those have been “debated”. Has anything changed?

What’s already clear, however, is the anti-democratic nature of keeping it hidden all these years. The U.S. is supposed to be governed by the people. Whether Americans want a federal law-enforcement agency using planes to conduct surveillance on vast swaths of the country is a question properly aired and debated.

It is for Americans to choose.

Quite obviously we don’t get to choose.

Notice we are told what is clear about this secret FBI program being revealed is just how anti-democratic it is to keep the FBI’s spy fleet secret from the citizens all these years. It’s as if they are still pretending we are a Republic that adheres to democratic principles… that our government is still even remotely “governed by the people”. Oh sure, it’s governed by a few key people, but in no way is our government still governed by “The People.”

Apparently, though, according to The Atlantic:

…many of the FBI’s ostensible overseers in Congress don’t know much more than the public, either. This is evident from letters that legislators have written in recent days. Senator Charles Grassley, chairman of the Judiciary Committee, demanded to be briefed no later than this week on “the scope, nature, and purpose of these operations… and what legal authorities, if any, are being relied upon in carrying out these operations.”

Sixteen House members wrote to the FBI, pointing out that the president had just signed a reform ending the bulk collection of phone records. “It is highly disturbing,” they wrote, “to learn that your agency may be doing just that and more with a secret fleet of aircraft engaged in surveillance missions.” They asked for the FBI to identify the legal theory used to justify the flights, the circumstances surrounding them, the technologies on the aircraft, the privacy policy used for data collected, and the civil liberties safeguards that had been put in place.

These are the legislators we the American people voted in place to oversee what’s going on in our government? Yeah, right. Look how well that is working out as the big brother police state looms over us, growing larger by the hour.

This whole situation proves our democratic processes are nothing more than complete shams. Our government ignores its own laws. What we’re seeing isn’t a government anymore. It’s total tyranny.

Case in point: our president has made it clear wants a national civilian security force and he wants it to be as big as the combined national military force. Following the Baltimore riots, his mouthpiece Al Sharpton, was calling for the nationalization of police.

Homeland “Security” is just the beginning. We know that the FBI, DEA and U.S. Marshals service all have their own secret fleets of spy planes now. These planes use high-definition cameras to take videos of us from above. We are under constant, sweeping government surveillance, Bill of Rights be damned.

And even worse, according to The New American, “the Justice Department’s recently published privacy policy for federal agencies’ use of surveillance drones (unmanned aircraft) does not apply to piloted aircraft. Apparently Americans are afforded protection from being spied on only if it’s done by remote control.”

It’s not surprising that our thoroughly corrupt and disappointing Congress is acting clueless as another brick gets placed in the wall. Anything else would require them to actually do their jobs and represent the people instead of just attending fundraisers and turning a blind eye to the cancerous tyranny enveloping the U.S.

Worse, though, is the media’s fake outrage, a misleading outlet for the average person’s anger and feelings of yet another government betrayal, a “free speech zone” for that meaningless public “debate” that will change nothing.