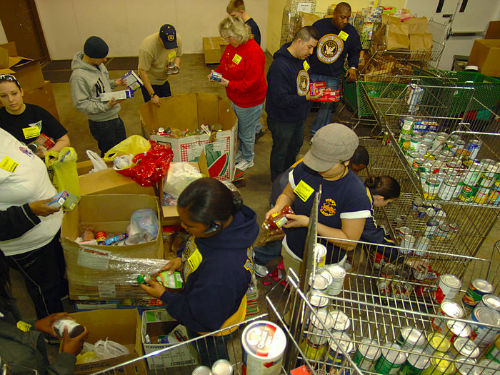 Despite the media’s claims that we’re no longer in a recession, millions of Americans are still struggling to make ends meet. It seems that America has developed a permanent underclass of citizens that just can’t quite rise above their poverty. No matter how high home prices rise or how far the stock market soars, the profits never seem to trickle down to this segment of society.

If you’re looking for proof that this permanent underclass exists, look no further than the massive number of people who still rely on food stamps and food pantries to survive. In fact, their ranks may be growing, which is starting to cause some food pantries to run out of resources on a regular basis. In New York City, 1.4 million residents eat at food pantries (out of a total population of 8.5 million), a number which is currently growing 20% every year.

The largest influx of food bank users occurred in 2013, when Congress cut the Supplemental Nutrition Assistance Program by $18 per person. Since that time, 40% of food stamp users have had to turn to food banks to sustain themselves, and 37% of food banks in New York City have admitted that they have turned away hungry residents in recent years, after running out of food.