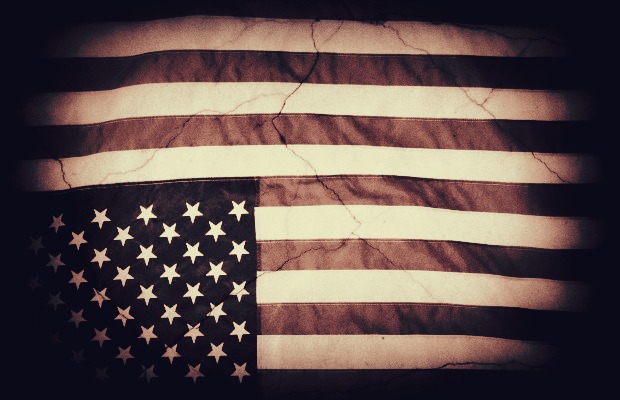 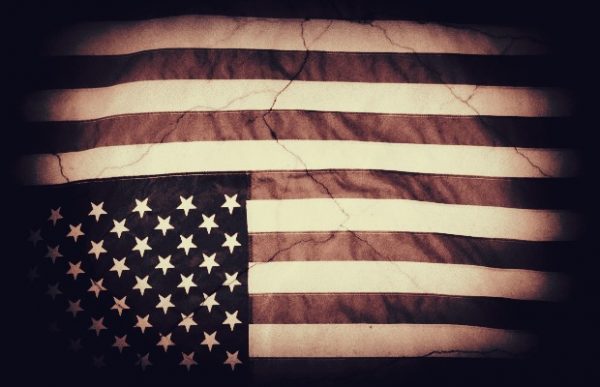 When the American flag is flown upside down, if you were not aware, it is a signal of dire distress.

Can you imagine what it is like to suddenly have low-flying military helicopters, explosions, and gunfire rocking your home in the middle of the night?

This message went out on Facebook around midnight last night from the official Lapeer County Police, EMS, and Fire Facebook page:

“ATTENTION VIEWERS: PER FLINT POLICE OPERATIONS (FPO) THE US ARMY IS DOING TRAINING IN FLINT THIS WEEKEND AND YOU MAY HEAR HELCOPTERS, GUNFIRE, & EXPLOSIONS. PLEASE DO NOT BE ALARMED.”

That message was sent out last night around midnight.

Over the next few hours, some concerned and even downright scared citizens responded to what was taking place over and around their homes.

Many were asking if this was part of Jade Helm. While several others in the thread responded said it was, the Lapeer County Police, EMS, and Fire Facebook page never officially confirmed or denied this.

Although some people were essentially congratulating the authorities for this last-minute martial law training in their neighborhood streets, others were more afraid of the attitudes of their fellow Americans.

Around 8 p.m. Saturday night, M Live reported that police were coordinating safety measures for military exercises that were being announced for three areas in Flint:

Police warn that helicopters and small explosions are expected to be part of the exercise. The exercise is controlled and contained, and police said there is no reason to be alarmed.

Police announced Friday the exercises would take place over the weekend, and residents in the areas where training was taking place would be notified.

On Saturday afternoon, members of the U.S. Army National Guard 1776 MP Company went to Mounds RV Park in Mt. Morris to train in armored security vehicles. Some 60 to 70 soldiers were on site, ready to train to receive their licenses to operate the vehicles.

Noting that the training would take place Saturday night kinda misleads one to believe it will be at a reasonable hour, doesn’t it?

Flint, Michigan only has 100,000 people. It’s not a huge city. Why should people expect a small-scale war to suddenly break out on their streets?

No explanation was ever given as to why this training could not have been conducted on a military base instead of on the residential streets of Flint, Michigan.

This isn’t just one evening. This is ten days of hardcore military training. Ten days of low-flying chinooks in the middle of the night. Ten days of random gunfire and explosions breaking out. Ten days of armored military vehicles cruising the roads. Ten days of increased military presence in the streets of yet another American city.

Imagine explaining this to your terrified children who are awakened in the middle of the night by what sounds like war breaking out in their Flint, Michigan backyard.

Of course, if Flint residents happened to not be watching their TVs or checking up on law enforcement’s social media pages like the Lapeer County Police, EMS, and Fire Facebook page, they wouldn’t have known, would they?

Unannounced or barely announced military drills complete with realistic-sounding explosions, military hardware and even the detainment of mock dissidents have become a much more frequent occurrence on Main Street U.S.A. in recent months. In the lead up to this July’s Jade Helm drill, during which local, state, and federal law enforcement and military agencies will be teaming up and training together all across the Southwest for what we are told are international battlefields far, far away, it has been happening more and more. We have no Posse Comitatus, quite obviously.

Disruptive and alarming drills continue to break out in sporadic locations across the country. As unannounced and unnerving as they are to local residents, a bigger and much uglier picture is being painted here.

Did you know that after the American Revolutionary War, most people in this country considered a standing army to be one of the most dangerous threats to liberty imaginable?

Skip ahead a couple hundred years. Now look at where we are.

This is America now. This is what our nation has become.

Look around. Are we really a free country?

Has anyone even sufficiently justified why this is really necessary?

“For your safety” just isn’t cutting it anymore.

Despite what the NDAA says, America is not a battlefield. The fact that officials see it as otherwise is deeply alarming and signals nothing less than tyranny.