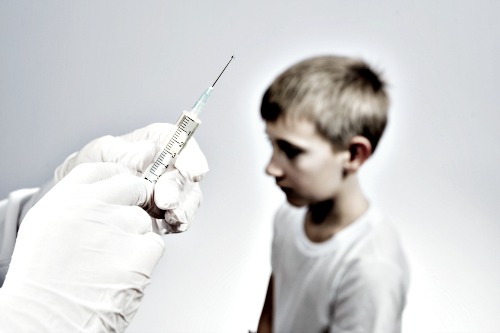 California is going full totalitarian, but is anyone surprised?

The state’s controversial and tyrannical mandatory vaccine bill has jumped another hurdle on its path to becoming law.

Tuesday, California lawmakers approved the bill, which requires all schoolchildren be vaccinated before being permitted to attend public or PRIVATE schools unless they have a MEDICAL exemption.

That’s right: they are not going to allow religious or philosophical/personal belief exemptions to vaccinations any longer if this passes the full Assembly.

From the text of the bill:

(b) The governing authority shall not unconditionally admit any person as a pupil of any private or public elementary or secondary school, child care center, day nursery, nursery school, family day care home, or development center, unless, prior to his or her first admission to that institution, he or she has been fully immunized.

If you have an unvaccinated school-aged child in California, your only option for education will be homeschooling (which is arguably far better than public indoctrination centers anyway, and likely better than most private schools).

If the bill becomes law, California would join Mississippi and West Virginia as the only states with such authoritarian requirements.

How long until other states follow, though? Some think that this law would encourage lawmakers in other states to limit non-medical exemptions too.

Sen. Richard Pan, D-Sacramento, one of the bill’s authors, said “SB277 is about freedom. Freedom from deadly, crippling contagions that are now preventable through the science of vaccination.”

I don’t know about you, but I think this bill is the antithesis of freedom.

The bill was approved after five hours of emotional testimony from hundreds of opponents.

From the Associated Press:

Opponents of the legislation say they should have the freedom to decide what’s best for their child and that the bill would unfairly deny students a public education.

Assemblyman Jim Patterson, R-Fresno, said he was not convinced that there was a health emergency because of insufficient vaccinations.

“I think that really stretches the facts to the point of really almost being sort of a scare tactic,” he said before voting against the bill.

Naturally, those who support the bill cite the Disneyland measles “outbreak” as justification for taking away parental (and children’s!) rights – even though measles is a relatively benign disease and the majority of those who contract the illness during “outbreaks” in the US are…vaccinated.

Santa Monica pediatrician Dr. Jay Gordon testified against the bill. He sought to separate the bill from the December measles outbreak, noting that all those cases of measles occurred outside a school environment:

“If SB277 had been in place last year, this outbreak would have proceeded in much the same manner,” he said.

No matter what you personally think about vaccinations, laws like these set a dangerous precedent.

This is a violation of civil and religious freedoms.

It is not moral nor ethical to force people to submit to medical procedures that carry the risk of serious injury or death.

Who owns your body, or those of your children?

The government, it appears.