As long-time readers to this website will recall, I have been very consistent with regard to the sequencing of how this nation would be brought to its knees.

Walk with me through this progression as the third purpose of Jade Helm is revealed.

America Is the Most Hated Nation

In Michel Chossudovsky’s work The Globalization of War: America’s “Long War” against Humanity, the United States has become the real Big Brother of George Orwell’s 1984.The United States is the most hated nation on the planet as we have descended into an abject totalitarian state that brainwashes its citizens into believing that a state of constant warfare against terrorists that the CIA supplies (i.e. ISIS) and this endless war must be eternally waged against these totally mythical enemies. In the name of freedom, constitutional liberties must be sacrificed for the sake of national security and perpetual war is necessary to preserve the peace. The logic reminds me of the old Vietnam era saying which stated that “Fighting a war to preserve peace, is like having sex to preserve one’s virginity”.

In his book, Chossudovsky also went on to say the following:

“The rulers of the US state are global industrialists, bankers, and businessmen who seek to gain control of the world’s natural resources, including the vast natural gas, oil, and uranium reserves at the basin of the Caspian Sea, for power and profit. It’s a thesis that many in the main-stream media might dismiss as a conspiracy theory, save for the fact that it is supported by the chain of events that have unfolded since the close of World War II.”

I would add that the rulers of this country have gotten away with grand theft banking since 1913 by plundering the treasury and the economic future of the United by plunging the U.S. into unfathomable levels of debt for their personal profit. The center piece of the elite’s economic of this country is the misuse of the dollar. Since the removal of the Gold Standard as the necessary and proper backing for the dollar, the only thing that has saved the dollar from collapse is the fact that since 1944, the dollar has been backed by oil, or the Petrodollar as it is called. In this Petrodollar arrangement, the nations of the world that desired to purchase Middle Eastern oil, had to first purchase U.S. dollars which was the currency of exchange when it came to obtaining oil. This arrangement allowed the elite, at home, to plunder the People’s money in the name of the military industrial complex, while keeping the dollar afloat despite the growing debt levels.

The US Is Hit In the Face With BRICS

The BRICS, led by Russia, China and oil producer, Iran, are leading the world away from the dollar as the universal currency of oil. Combined with our $18 trillion dollar deficit, our $240 trillion dollars of unfunded mandates (e.g. social security, Medicare, etc.) and our $1.5 quadrillion dollar credit swap derivatives debt and the continual erosion of the Petrodollar, the U.S. economy sits upon the precipice of collapse. The incompetent and corrupt Obama administration attempted to save the Petrodollar, back in 2012-13 by attempting to gain the moral high ground with the end result being the invasion of Syria which would have been followed by the invasion of Iran. Both world and domestic opinion blocked these attempts and the Petrodollar continued its march towards extinction.

The derivatives debt, introduced by the elite bankers have bankrupted the central banks. As a result, the central banks of each country are looking to exploit the resources of the other central banks and their respective nations. This has put the world on a collision course with World War III. All and I mean all of the national economies are on the verge of collapse. Ultimately, the U.S. must conquer Russia and China to preserve the Petrodollar and maintain their dominance.

Like a punch drunk boxer, the U.S. economy only needs one significant blow to bring this entire house of cards we call “the economy” to its knees. Since most people live paycheck to paycheck and have less than three days of food on hand, the thin boundaries of social control would quickly evaporate which would necessitate the government finding the need to “extract” those who would be most likely to lead a revolution against the power elite and their minions in Washington D.C.  The “Red List” extractions, under Jade Helm, will be carried out by Special Operations Forces. In order to re-establish social control, martial law would be implemented with a vengeance through the use of convention military forces such as the 82nd Airborne. In a nutshell, this is Jade Helm.

As would any entity, the central bankers of this nation, the Federal Reserve, will do what is necessary to survive and that includes the continued plundering of the dollar, while not crashing the dollar beyond the point of not being able to resurrect the dollar. For this Petrodollar scheme to continue, the BRICS anti-Petrodollar strategy must be eradicated and that means war against Russia and China.

When the aerial assets of Pope AFB were moved, I became suspicious that Jade Helm was ultimately serving a larger purpose.

Most journalists, who have followed the horrific details of Jade Helm know that Jade Helm will eliminate all resistance to World War III. Now we are seeing the prepositioning of military assets under the guise of Jade Helm for the purpose of fighting World War III which is a war of survival for the Federal Reserve and the Petrodollar. In actuality, this world war will be a war of depopulation and planetary unification and will be fought for the Rotschild banking interests in Basil.

At the end of the day the Federal Reserve and the other central banks will lie in ruin as the march towards the seemingly inevitable conclusion of a one-world government comes into being.

Finally, the U.S. has been set up to lose World War III and I have documented this to a fault. The focus for each American should become individual preparation, both physical and spiritual. 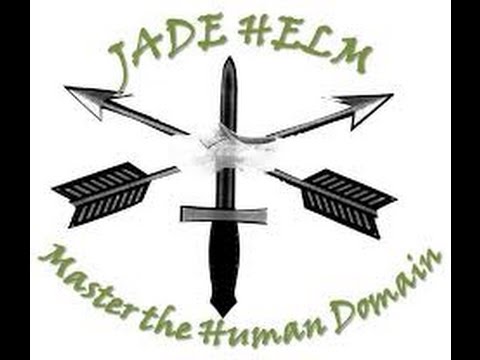