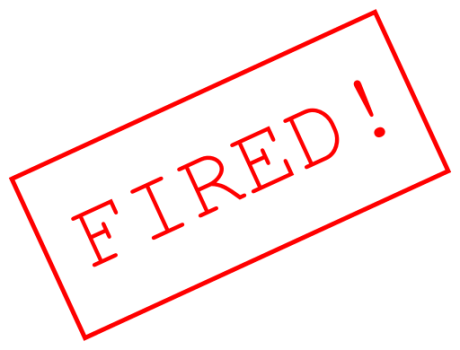 If you were laid off from your job, would you be willing to train your replacement if your company threatened to take away your severance pay if you didn’t do it?  And how would you feel if your replacement came from India, and the only reason your company was replacing you was because the foreign worker was a lot less expensive?  Sadly, this is happening all over America – especially in the information technology field.  Huge corporations such as Disney and Southern California Edison are coldly firing existing tech workers and filling those jobs with much cheaper foreign replacements.  They are doing this by blatantly abusing the H-1B temporary worker visa program.  Workers that had been doing a solid job for decades are being replaced without any hesitation just because it will save those firms a little bit of money.  There is very, very little loyalty left in corporate America today.  Even if you have poured your heart and your soul into your company for years, that ultimately means very little.  The moment that your usefulness is over, most firms will replace you in a heartbeat these days.

When I learned that Disney was doing this, I was absolutely outraged.  Talk about a company that is going down the toilet.  The following comes from the New York Times…

While families rode the Seven Dwarfs Mine Train and searched for Nemo on clamobiles in the theme parks, these workers monitored computers in industrial buildings nearby, making sure millions ofWalt Disney World ticket sales, store purchases and hotel reservations went through without a hitch. Some were performing so well that they thought they had been called in for bonuses.

Instead, about 250 Disney employees were told in late Octoberthat they would be laid off. Many of their jobs were transferred to immigrants on temporary visas for highly skilled technical workers, who were brought in by an outsourcing firm based in India. Over the next three months, some Disney employees were required to train their replacements to do the jobs they had lost.

“I just couldn’t believe they could fly people in to sit at our desks and take over our jobs exactly,” said one former worker, an American in his 40s who remains unemployed since hislast day at Disney on Jan. 30. “It was so humiliating to train somebody else to take over your job. I still can’t grasp it.”

Honestly, I don’t think that I could do it.

I don’t think that I could train my much cheaper foreign replacement.

But if you are the average American that is just barely scraping by from paycheck to paycheck, I guess complete and total humiliation is better than losing your home to foreclosure.

Out on the west coast, Southern California Edison did the exact same thing that Disney did.  The following is an excerpt from a Fox News report…

Anonymous workers who were displaced by the visa holders also submitted written testimonials to lawmakers detailing their firings.Several claimed they were forced to train their replacements, and threatened with losing their severance if they did not.

“We had no choice in this,” one anonymous worker who claimed to have been one of those let go from Southern California Edison, said in a letter. The worker described how when the two vendors were picked – Infosys and TCS, both major Indian companies – SCE employees were told to “sit with, video chat or do whatever was needed to teach them our systems.”

If they did not cooperate, according to the testimonial, “we would be fired and not receive a severance package.”

That is wrong on so many levels.  But this is what corporate America has become today – a cold, heartless place that has absolutely no empathy for the average worker.

These workers at Southern California Edison were even told that the firm “could replace one of us with three, four, or five Indian personnel” and still save money on the deal…

“They told us they could replace one of us with three, four, or five Indian personnel and still save money,” one laid-off Edison worker told me, recounting a group meeting with supervisors last year. “They said, ‘We can get four Indian guys for cheaper than the price of you.’ You could hear a pin drop in the room.”

The original intent of the H-1B temporary worker visa program was to allow U.S. companies to import foreign workers to do jobs that they were unable to fill with American workers.

But that is not what is happening.

Instead, the H-1B temporary worker visa program is being used to replace thousands upon thousands of well paid American workers.

It is a disgusting practice and it needs to stop.  There has been so much outrage over this that it has even gotten the attention of the U.S. Senate.  The following is from a letter that a bipartisan group of U.S. Senators sent to the Attorney General…

A number of U.S. employers, including some large, well-known, publicly-traded corporations, have reportedly laid off thousands of American workers and replaced them with H-1B visa holders.  To add insult to injury, many of the replaced American employees report that they have been forced to train the foreign workers who are taking their jobs. This troubling practice seems to be particularly concentrated in the information technology (IT) sector, which is not surprising given that sixty five percent of H-1B petitions approved in FY 2014 were for workers in computer-related occupations.  Though such reports of H-1B-driven layoffs have been circulating for years, their frequency seems to have increased dramatically in the past year alone.

So has anything been done about this?

Instead, Barack Obama is working on an extremely secretive global economic treaty which will reportedly allow far more foreign workers to come into this country and which will result in millions more good paying jobs being shipped overseas.  It is called “The Trans-Pacific Partnership”, and it is basically NAFTA on steroids.

Why is it that Barack Obama has to be on the wrong side of every single issue?

The U.S. middle class is being systematically ripped to shreds, and most Americans are showing very little alarm about this.

How much damage has to be done before people will finally start waking up?