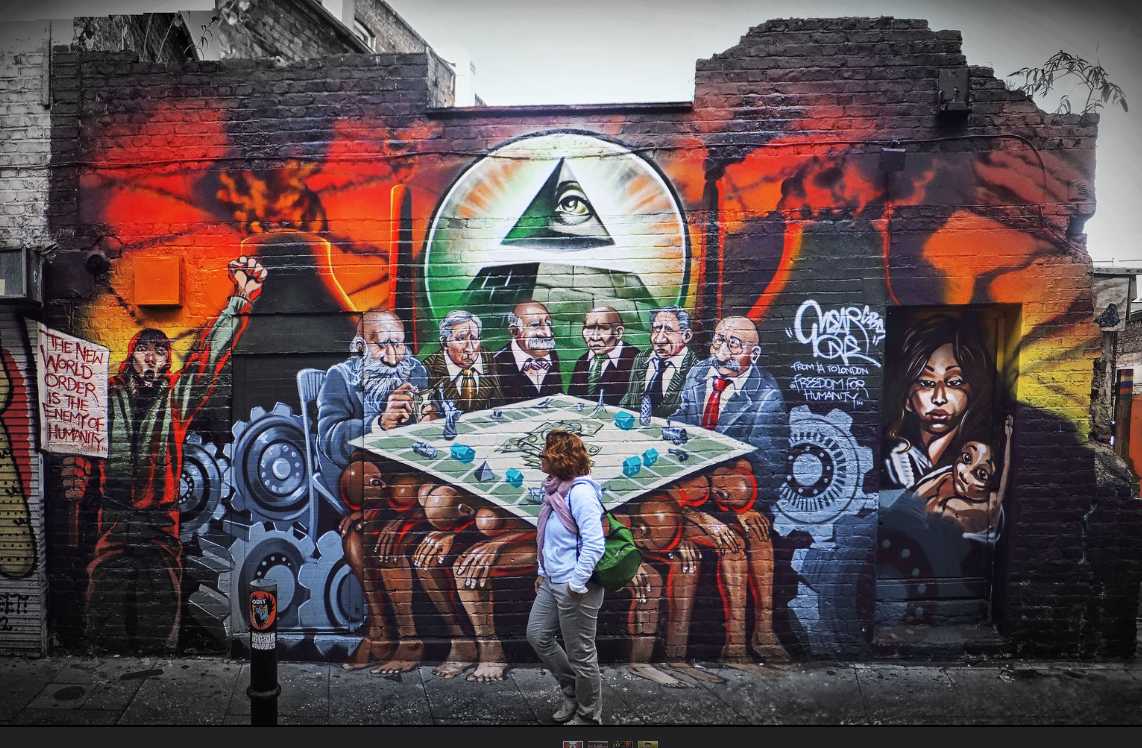 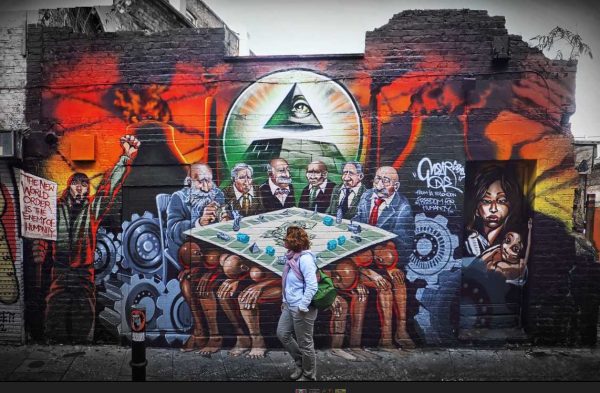 A gaping hole in the economic matrix

Stay with me on this one. You’ll see what the powers-that-be are really worried about.

You can roll up Bilderberg, the Trilateral Commission, the Council on Foreign Relations, the World Trade Organization, NAFTA, and the several current trade treaties nearing completion… you can insert all these Rockefeller Globalist forces into one great corporate agenda, and…

There is a problem. A problem for Globalism. This is, behind the scenes, what the titans of control are whispering about.

It starts here: understand that mega-corporations are the instruments of world domination. They move into countries where cheap labor, land, and resources are abundant, and they take over. This is what they’re meant to do. This is the plan.

Intelligence agencies and armies may precede them, but the corporations are the most capable organizations on the planet, when it comes to exercising enduring control.

The top three or four hundred corporations are responsible for at least 25% of all world trade.

However… here is the rub. As Globalist policies allow corporations to shut down domestic factories in industrialized countries and open up those same factories in places where slave wages are the order of the day; as tariffs on imported goods are canceled, killing off businesses that try to compete with mega-corporations; as leading economies decline…

The consumer base for these mega-corporations shrinks.

To put it simply, the corporations sell products. They need buyers. All over the world.

The top manufacturing corporations are running their assembly lines at about half-capacity. They could produce much, much more of what they sell.

But only a tenth of the world population has the means to buy these products.

There are partial fixes for the problem: profit-making wars; sales of corporate products to governments; governments basically paying citizens so they can buy certain products. But, in the long run, that solution doesn’t cut it. The mega-corporations are still lacking consumers. You can create only so many artificial buyers. Beyond that, the market system irretrievably heads downward.

Mega-corporations have the potential to produce and sell more and more; the consumer base is shrinking.

Globalism, the very system that is determined to elevate the power of mega-corporations, is diminishing the number of people who can consume what the corporations make.

The snake has been eating its tail for some time now.

Mega-corporate CEOs and their advisors aren’t completely stupid. Some of them see the handwriting on the wall.

World Bank and IMF fixes aren’t going to make this problem go away.

Neither is some drastic depopulation program. That would be heading in the wrong direction. Fewer consumers.

What about a radical re-set involving a new global currency? Suppose, for example, every inhabitant of the planet were outfitted with a free credit card carrying substantial buying power? Theoretically, that might work, if you discount what people who actually earn a living are going to do when they see billions of their fellow humans who don’t work outfitted with comparable consuming power. And that rumbling class warfare would be just the stormy beginning of the trouble.

Creating money out of thin air to satisfy the avarice of banks, to pay off governments’ soaring debt, to boost corporate bottom lines is one thing. Creating money out of nothing to make six or seven billion brand new consumers is quite another thing. In that case, the corporate-welfare gifting would lead to pollution and destruction of the environment on a scale that makes current levels look like a few leaking picnic baskets on a Sunday park outing.

And over the course of several generations, populations would descend into a nightmare of side-by-side buying power and increased unemployment. If you think, psychologically speaking, that’s a marvelous idea, and would bring peace and contentment, you need a brain transplant.

There is another factor to consider: technological innovation. For mega-corporations, that means robots/machines replacing humans as employees. More unemployment—unless the corporations hold back and refrain from implementing the “automation revolution.”

The corporate thrust, however, is always about moving forward. More robots in the workplace. Bigger assembly lines. Higher production.

It turns out that the Globalist agenda has an expiration date. Beyond it, the system comes apart at the seams.

The normal solution to a problem of this magnitude is: think short-term; avoid the inevitable; pretend all is well; leave the answers to the next generation.

Consider how hard-charging greed-head mega-corporate masters would react to the following proposition: “Look boys, we know you have the ability to produce goods for two or three planets the size of Earth. But we want you to service only a tenth of one planet, and that base will shrink further. Okay? Don’t worry, be happy. Everything is fine.”

Behind every Bilderberg, CFR, Trilateral conference, this is the specter that lurks in the shadows.

They’re not worried about escalating the level of their political control over populations. It’s the economics that don’t add up, no matter how many holes in the dam are temporarily plugged.

There is one extremely radical solution I haven’t mentioned. You could call it depopulation-repopulation. Via some vast plan, the numbers of people on Earth would be enormously reduced—and then over, say, the next hundred years or so, those numbers would be built up again with humans who, in some Brave New World fashion, are conditioned/programmed to be avid workers and consumers, who would be paid far more than a subsistence wage. These living androids/robots would satisfy the hunger of mega-corporations to produce and produce and sell and sell…

The multiple risks of trying a plan like that would amount to an open confession of an agenda so heinous it would create open-ended global revolution, from Tierra del Fuego to the North Pole.

Every present Globalist agenda-item does two things: a) it aims at tighter control of populations, and b) it enforces and progressively lowers a ceiling on mega-corporations. It reveals a future in which the number of those corporations will be drastically reduced. And that’s the rub. That’s the hidden factor.

Yes, the rich get richer and the poor get poorer. But everyone who thinks that analysis is the core of the current crisis is looking no farther than the end of his nose.

Because the rich, up the road, will get poorer, too. They’ll sink in the Globalist swamp.

The mega-corporate leaders are ultimately on both the sending and the receiving end of a long con. It’s a con perpetrated by their own system, a system built to make them kings forever.

How little they know.

It turns out that decentralization of power, on every level, is more than just the hope and dream of a relative few. It’s a planet-wide imperative; and survival is at stake.

The greatest economic matrix ever devised is blowing its engine.

The author of three explosive collections, THE MATRIX REVEALED, EXIT FROM THE MATRIX, andPOWER OUTSIDE THE MATRIX, Jon was a candidate for a US Congressional seat in the 29th District of California. He maintains a consulting practice for private clients, the purpose of which is the expansion of personal creative power. Nominated for a Pulitzer Prize, he has worked as an investigative reporter for 30 years, writing articles on politics, medicine, and health for CBS Healthwatch, LA Weekly, Spin Magazine, Stern, and other newspapers and magazines in the US and Europe. Jon has delivered lectures and seminars on global politics, health, logic, and creative power to audiences around the world. You can sign up for his free NoMoreFakeNews emails here or his OutsideTheRealityMachine emails here.