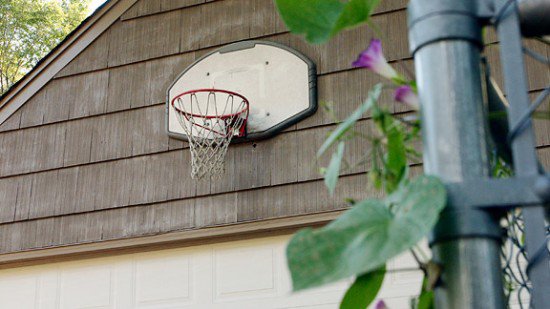 A Florida couple has been arrested and charged with felony neglect after their 11-year-old son played basketball in the back yard for 90 minutes alone. Welcome to the new Amerika!

The unnamed parents were both stuck in traffic this past April and unable to make it home in time to let their son in the house, and unfortunately, the boy didn’t have a key. So, what did he do? He played basketball in the back yard.

A nosy neighbor, who apparently didn’t have good enough sense to go and check on the boy, decided to call police, who arrived at the house shortly.

The parents then arrived and were immediately arrested and charged with neglect. That’s not all. They were handcuffed. Strip searched (Yes, strip searched), fingerprinted and held in jail overnight.

According to the law:

“A person who willfully or by culpable negligence neglects a child without causing great bodily harm, permanent disability, or permanent disfigurement to the child commits a felony of the third degree.”

Seriously? OK, could that also be occurring while the parents are asleep at night too? I’m guessing it could. However, one would think that sanity would prevail.

It would be a month before the couple would welcome their boys back home. This is an outrage.

Free-Range Kids reports that the mother emailed and wrote, “The authorities claim he had no access to water or shelter. We have an open shed in the back yard and 2 working sinks and 2 hoses. They said he had no food. He ate his snacks already. He had no bathroom, but the responding officer found our yard good enough to relieve himself in while our son sat in a police car alone. In his own yard, in a state, Florida, that has no minimum age for children to be alone.”

The boys were placed in foster homes for two days while the state ran background checks on relatives to place them with. The obvious question that should be asked in all of this is where does the state get the authority to do such a thing? The children are not the property of the state. They are entrusted to the care of the parents and no one was neglecting anyone.

However, consider what the mother discovered after the children returned home. She found out that her oldest son had only been given cereal to eat while in foster care… only cereal! Yet, she was charged with felony neglect.

The relative the boy was entrusted to, had enough of dealing with them and sought to turn the back over to the state. During a family court (which is a joke because it completely ignores the rights of the parents contained in Article 5 of the Bill of Rights), the judge and attorneys argued for hours over whether to release the boys to their parents or put them in a foster home.

The courageous, young 11-year-old spoke up and wanted to speak to the judge. According to the mother, “He went back there and spoke to the judge for about ten minutes. And then the judge came out and called the two lawyers to the bench and talked to them for about 10 or 15 minutes. And with that, our lawyer came to us and said that if we admitted that we didn’t know that it was wrong to [our son] stay in the backyard, but that we know now that it’s wrong and we will never let it happen again, and that we will explain this to our son, he would let the children come with us.”

The parents agreed and the judge closed the case. However the parents were to appear in criminal court on Thursday and plead “not guilty” to the charges against.

I can tell you for a fact, having dealt with CPS where I live for nearly a year, this is exactly how things work. There is no common sense, only procedure. There is no justice, only “administration.” The incompetence that pervades the CPS system is incredible and these people rip families apart with virtually no accountability and complete violations of the Constitution.

What will be the outcome for this family? Hopefully, we will hear soon, but I can tell you this the neighbor that called does not love the children or the parents. If they did, they would have walked over to check on the boy and then either waited or kept an eye on him until the parents came home. I’d be wanting to know who it was that put me through such a hell like that and have a word with them.