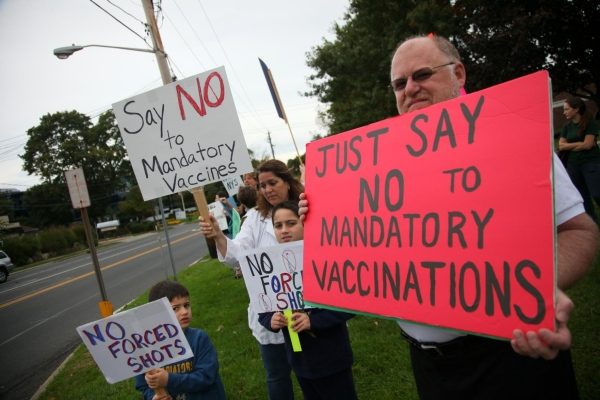 “Once you really understand the truth behind the lies in a given arena, then you can finally back up far enough and see the actual reasons for the lies. You can see the secret program the lies are protecting. You can see why the program is being pushed. You can see what most people would rather not see.” (The Underground, Jon Rappoport)

In many previous articles, I have established a number of facts about vaccines.

They are not safe. They are not effective. They were not responsible for the major decline in so-called contagious diseases.

In most if not all cases, the diseases they are supposed to prevent affect only a tiny fraction of the people claimed to be at risk.

In some instances, (e.g., seasonal flu, Swine Flu, SARS), the “outbreaks” have virtually nothing to do with the viruses touted as the cause of illness. Therefore, even if vaccines were safe and effective, they would have no relevant effect, because they are targeting viruses which are not causing illness.

Having established these points, it’s possible to assess the real reasons for the push to vaccinate every human on the face of the Earth.

Among these reasons, you will recognize the controlling hand of elite Globalists, for whom planetary empire is the goal.

One: The most underrated reason for mandated vaccination is: compliance. Secure compliance from citizens. Put them into a medical channel from birth (even before birth). Induce them to obey orders. Produce a deep blind loyalty: march straight ahead, eyes closed, mouths shut, from cradle to grave.

Two: Because vaccines and medical drugs are grossly toxic, the obedience becomes debilitation, illness, confusion. Death. Populations are unable to think about, much less resist, multiple vectors of tyranny.

Three: In the “developing world,” where mega-corporations, in line with the Globalist blueprint, plunder cheap labor, mineral resources, and land, use vaccination as a “solution,” when in fact it is a solution that does not work, causes greater destruction—and functions as a cover story to obscure what is really maiming and killing populations: enforced poverty, provoked war, chronically contaminated water supplies, lack of basic sanitation, stolen land, severe generation to generation malnutrition and starvation, overcrowding, industrial pollution.

These horrendous conditions go unsolved (on purpose), in order to keep populations unable to resist mega-corporate takeovers, while vaccination is touted as a wonderfully humane gift to the people.

Four: The claim of preventing disease before it occurs is one of the strongest propaganda efforts of the global medical cartel. It is used to pump up and justify all other medical druggings and procedures and diagnoses. It is “a banner of pride” flying on the medical flagship.

Five: Vaccination, through its toxic effects, is an attack on what would otherwise be a much healthier early childhood in many countries around the world. In short, if wellness and health staged a strong universal comeback, it would expose the lie that “everyone needs doctors all the time.” That egregious and repulsive lie is one of the cornerstones of modern medicine.

Six: Based on the first five reasons, how confident and trusting would you be, when this medical establishment has gained direct access (by needle) to every individual bloodstream in the world? How confident are you that no one would dare enter secret substances in vaccines? The most obvious of these, documented in the Philippines and Kenya, is a hormone (HCG) that causes miscarriages in women who later become pregnant. The altered vaccines are instruments of birth-prevention and population control. The World Health Organization and the Rockefeller Foundation—Globalism personified—have been researching these vaccines for decades.

Seven: The massive propaganda hailing the miraculous benefits of vaccination obscures very unpleasant truths about the crimes of the medical cartel. For example, see the Journal of the American Medical Association, July 26, 2000, Dr. Barbara Starfield, “Is US health really the best in the world?” Starfield concludes that, every year in the US, the medical establishment kills 225,000 Americans.That’s 2.25 million killings per decade. The strategy is simple: hog and clog the media with positive fairy tales about the medical cartel. Cover up the wholesale destruction.

Eight: The money. Medical care and treatment is a multi-trillion-dollar business, globally.

Nine: Maintaining the all-important fiction that “disease is inevitably caused by germs and nothing else,” the vaccine establishment can trumpet its fairy tale as the triumph of medical science in the war against germs. In doing so, it can, for example, divert attention from the toxic illness-effects of industrial pollution. Needless to say, this diversion is a major goal of polluting mega-corporations who forward the goals of Globalism.

It would be foolish, of course, to suggest that many doctors or medical bureaucrats are aware of all these nine reasons. Most medical personnel are brainwashed, through education, into believing what they support is real and true.

The hallmark of any long-term organized conspiracy is compartmentalization. Each player is only aware of his small part.

Rising through the ranks, players see a bit more of the actual picture, but they continue to believe they are doing the right thing.

And there is always the threat of loss of status, money, job, future career (and even life and limb) to offset the desire to blow the whistle.

At upper levels, players understand still more of whole picture. Few of them, however, are willing to grasp the intentionality of what is being visited on populations.

The top controllers are the contented psychopaths. They, too, believe they’re doing the right thing—but their definition of “right” and “good” is unique. It involves widespread destruction.

Understanding all these points should convince those who resist vaccination that playing defense, hoping for acknowledgment, and pleading for understanding are not enough. Going on the offense with great energy is required.

The author of three explosive collections, THE MATRIX REVEALED, EXIT FROM THE MATRIX, andPOWER OUTSIDE THE MATRIX, Jon was a candidate for a US Congressional seat in the 29th District of California. He maintains a consulting practice for private clients, the purpose of which is the expansion of personal creative power. Nominated for a Pulitzer Prize, he has worked as an investigative reporter for 30 years, writing articles on politics, medicine, and health for CBS Healthwatch, LA Weekly, Spin Magazine, Stern, and other newspapers and magazines in the US and Europe. Jon has delivered lectures and seminars on global politics, health, logic, and creative power to audiences around the world. You can sign up for his free emails at NoMoreFakeNews.com or OutsideTheRealityMachine.