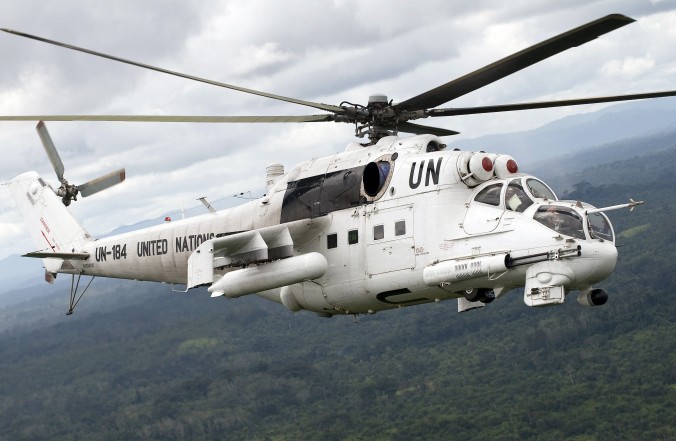 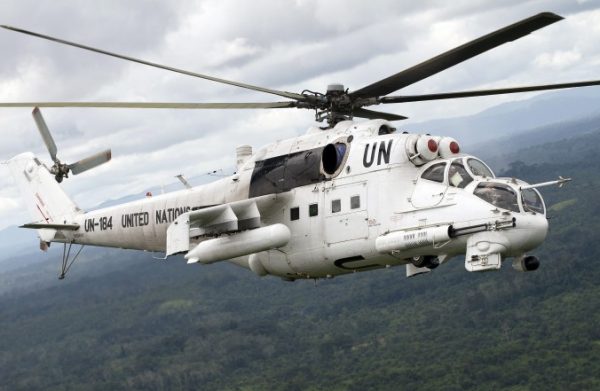 Over the past year, almost daily there are a fleet of Army helicopters that fly over our house in the same direction, usually just after lunch, but it seems they are clearly American military helicopters. However, two new videos that were posted last week indicate that there are a formation of helicopters operating over Washington State that could be other than military.

The following videos are provided by two eyewitnesses to these helicopters. First there is this account that was uploaded by MyKidsFuture on June 10, 2015. You can hear a man and woman both talking and they are clearly describing the helicopters as “Apache like” and “white,” assuming they are United Nations helicopters.

The second video was uploaded by Liberty’s Champion on June 11, 2015 showing what appears to be the same formation of helicopters from a different angle.

“I have never seen so many attack helicopters at once in the skies around here before,” wrote Liberty’s Champion. “Special training or some unique circumstance perhaps?”

However, according to All News Pipeline, “…the word we have gotten from a retired US Navy SEAL source, they ARE likely United Nations choppers. With both China and Russia high ranking UN Security Council members, we echo the words of Libertys Champion in the 2nd video: This ‘is not normal and seems very out of place to me.'”

There is a Seattle, Washington chapter of the United Nations Association of the United States of America. On June 10th, the same day these videos were taken, the chapter was holding a board meeting, according to its website.

Calls to the Seattle, Washington United Nations Association went unreturned as we sought clarification of whether these were indeed UN helicopters and what their purpose was.

The closer we are to the Jade Helm exercises being conducted the more likely things like this are going to be seen. While many claim that this is just “normal,” I can’t remember anything of the magnitude of Jade Helm in my lifetime. I realize there are people who want to point out the need for military training. However, doing so in cities, among the population, is a really bad idea. It not only conditions citizens to accept such things on their streets, but it also conditions the soldiers to do the same thing. In fact, it is questionable as to whether military should be training at all on American streets.

One commenter wrote something that I think is poignant when it comes to the ramping up of our military training like this. Curt Cope wrote:

Look, let me tell you younger folks something here. All these military drills going on in our cities, counties, and states are NOT normal. For you younger folks, you ONLY KNOW what YOU KNOW in the environment that YOU GROW UP IN. During my time in the military many moons ago, we WERE NOT doing these drills in the cities, counties, and states. This is completely out of the ordinary in these united States of America.

Now, you may turn on the booboisie tube and they may tell you that this is all normal. Well, it IS NOT. They are LYING to you. They know, that you only know, the environment you are growing up in.

Hitler said it best: “When an opponent declares, ‘I will not come over to your side.’ I calmly say, ‘Your child belongs to us already… What are you? You will pass on. Your descendants, however, now stand in the new camp. In a short time they will know nothing else but this new community.'” – Adolf Hitler

You are being acclimatized. You know… Nothing to see here folks!

And you better get this through your heads. WE TRAIN LIKE WE FIGHT… WE FIGHT LIKE WE TRAIN. Let-that-sink-in. They are training in the environment that they will be fighting in. Let me put it this way, if you are going to fight in the jungle, you don’t train in the desert.

I don’t know if this is a part of Jade Helm in a similar manner that explosions rocked the Midwest two weeks ago or similar training exercises will continue to be conducted, but answers do need to be provided.