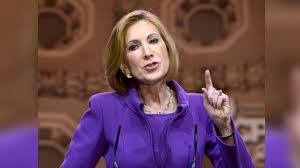 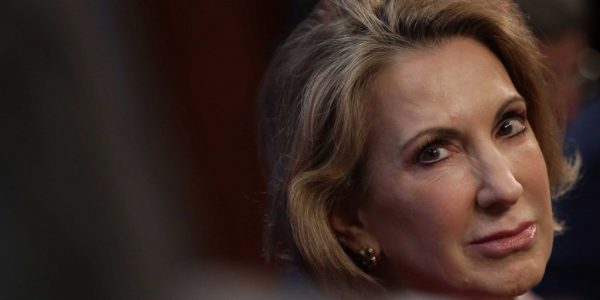 Lots of people are losing their minds over Republican presidential candidate Carly Fiorina, but apart from her terrible record at Hewlett Packard, the 60-year-old seems to believe the Islamic Ottoman Empire civilization was the greatest in the world.

Americans, and people in general, often have short memories. This is why it is important to remind people of those who are asking for your vote. While the majority of Democrats at the federal level are not worth mentioning simply because they are so far from being worthwhile candidates, those that claim they love the Constitution and America under the Republican banner should warrant extra scrutiny. Fiorina is one of these candidates.

In a speech that was given a mere two weeks after Islamic jihadists attacked America, the former HP chief executive officer gave a speech on technology, business and our way of life. She concluded her speech with the following:

There was once a civilization that was the greatest in the world.

It was able to create a continental super-state that stretched from ocean to ocean, and from northern climes to tropics and deserts. Within its dominion lived hundreds of millions of people, of different creeds and ethnic origins.

One of its languages became the universal language of much of the world, the bridge between the peoples of a hundred lands. Its armies were made up of people of many nationalities, and its military protection allowed a degree of peace and prosperity that had never been known. The reach of this civilization’s commerce extended from Latin America to China, and everywhere in between.

And this civilization was driven more than anything, by invention. Its architects designed buildings that defied gravity. Its mathematicians created the algebra and algorithms that would enable the building of computers, and the creation of encryption. Its doctors examined the human body, and found new cures for disease. Its astronomers looked into the heavens, named the stars, and paved the way for space travel and exploration.

Its writers created thousands of stories. Stories of courage, romance and magic. Its poets wrote of love, when others before them were too steeped in fear to think of such things.

While modern Western civilization shares many of these traits, the civilization I’m talking about was the Islamic world from the year 800 to 1600, which included the Ottoman Empire and the courts of Baghdad, Damascus and Cairo, and enlightened rulers like Suleiman the Magnificent.

Although we are often unaware of our indebtedness to this other civilization, its gifts are very much a part of our heritage. The technology industry would not exist without the contributions of Arab mathematicians. Sufi poet-philosophers like Rumi challenged our notions of self and truth. Leaders like Suleiman contributed to our notions of tolerance and civic leadership.

Though Fiorina did acknowledge Christianity and Judaism in culture, she did not call them “a civilization that was the greatest in the world.” She failed to recognize the long track record of Islam and its culture in the Middle East. In fact, understanding that we are a Christian nation, one would think that she would reference the rich heritage of Europe or even our early founding, but instead, two weeks after Islamists attacked America, she decided to praise the culture that spawned them.

Not only that, but she apparently has bought into the lie that it was Islam was very important with regards to mathematics. Nothing could be further from the truth.

The word “algebra” stems from the Arabic word “al-jabr”, from the name of the treatise Book on Addition and Subtraction after the Method of the Indians written by the 9th-century Persian mathematician Muhammad ibn Musa al-Khwarizmi, who translated, formalized and commented on ancient Indian and Greek works.

It is even doubtful whether al-Khwarizmi was really a Muslim. The Wikipedia entry on him says:

Another epithet given to him by al-Ṭabarī, “al-Majūsī,” would seem to indicate that he was an adherent of the old Zoroastrian religion. This would still have been possible at that time for a man of Iranian origin, but the pious preface to al-Khwārizmī’s Algebra shows that he was an orthodox Muslim, so al-Ṭabarī’s epithet could mean no more than that his forebears, and perhaps he in his youth, had been Zoroastrians.

In all likelihood he was a Zoroastrian who was forced to convert (or die) by Muslim rulers because Persia had been conquered by the Islamic armies, and that was what Muslims did (and still do wherever they can). That could easily explain the “pious preface to al-Khwarizmi’s Algebra”.

Ferreri goes on to list the fact that algebra has its roots in ancient Babylon and later developed in Egypt and Greece. Advances were even made among the Chinese and Indians in algebra.

Even Bertrand Russell wrote in The History of Western Philosophy:

Arabic philosophy is not important as original thought. Men like Avicenna and Averroes are essentially commentators. Speaking generally, the views of the more scientific philosophers come from Aristotle and the Neoplatonists in logic and metaphysics, from Galen in medicine, from Greek and Indian sources in mathematics and astronomy, and among mystics religious philosophy has also an admixture of old Persian beliefs. Writers in Arabic showed some originality in mathematics and in chemistry — in the latter case, as an incidental result of alchemical researches.

Mohammedan civilization in its great days was admirable in the arts and in many technical ways, but it showed no capacity for independent speculation in theoretical matters. Its importance, which must not be underrated, is as a transmitter. Between ancient and modern European civilization, the dark ages intervened. The Mohammedans and the Byzantines, while lacking the intellectual energy required for innovation, preserved the apparatus of civilization — education, books, and learned leisure. Both stimulated the West when it emerged from barbarism — the Mohammedans chiefly in the thirteenth century, the Byzantines chiefly in the fifteenth. In each case the stimulus produced new thought better than any produced by the transmitters — in the one case scholasticism, in the other the Renaissance (which however had other causes also).

So, Fiorina has promoted lies from an anti-Christ religion and culture. Is this really the kind of person conservatives, let alone Christians, should be getting behind? If she does this with Islam and history, what do you think her mindset would be when it comes to the Constitution?