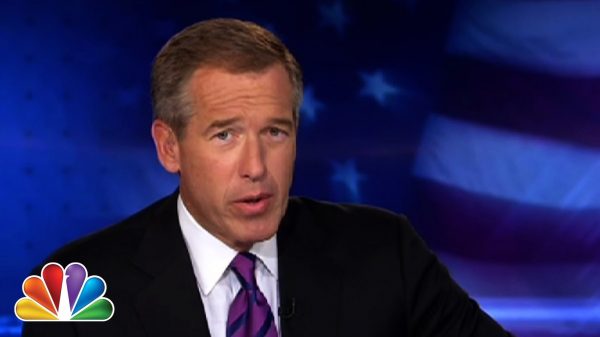 Former news anchor, Brian Williams will not be returning to the nightly news on NBC but executives will give him the title of anchor at large and will find other roles within the organization.  NBC execs believe the viewers want Williams back but that his credibility as news anchor has been seriously compromised to the point that he can no longer hold that position.  NBC is considering keeping Lester Holt on but Holt is demanding Williams type numbers.  Ann Curry, was ceremoniously dropped from the Today Show and given the title of anchor at large and was marginalized by NBC until her contract ran out.

Williams had made it clear that he would not resign and that if NBC wanted to get rid of him they would have to shell out as much as thirty million to buy out his contract and buy his silence.  Just before he was caught, he had signed a new contract with NBC for an estimated 10 million a year for five years.  They will only have to pay him 40 million between his reinstatement and the end of his contract, so firing him was never a question.  They are hoping that people will watch him in the new role they have planned for him.  As of now, NBC refuses to say what that role will be.  Perhaps NBC is coming out with a new series on wars and they want Williams to write the fictional scripts?

The other possibility is that NBC marginalizes Williams like they did Curry, which destroyed her value in the marketplace and that Williams would then decide to resign in order to maintain his future in broadcasting.  Previously details of the investigation into Williams by NBC were leaked, sparking speculation that the move was designed to force Williams to resign.

With Williams long history of lying he could have a bright future on CNN or as Hillary’s running mate in 2016.