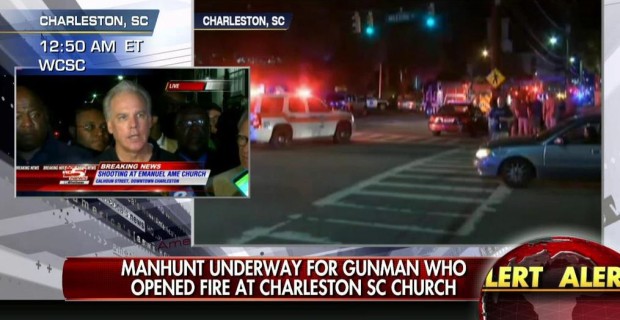 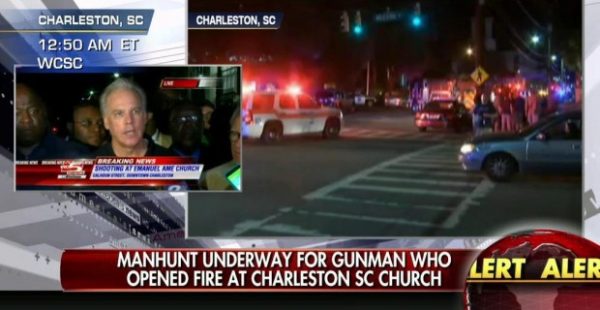 Liberals reacted to the tragic shooting at an Episcopal Church in Charleston last night by calling for an immediate gun ban in order to disarm all white people.

Police are still on the hunt for a 21-year-old slender, clean shaven white suspect who opened fire on a bible study group at the Emanuel African Methodist Episcopal Church, killing nine people before fleeing the scene. (Editor’s Note: The Post and Courier is reporting that a suspect has been arrested.)

One of the victims included Rev Clementa Pinckney, a state senator and pastor.

The incident is already being exploited by liberals to push their twin agendas of gun control and racial division, with many advocating that a total gun ban targeting only white people be immediately enacted.

Comedian Rohan Joshi, who has 395,000 Twitter followers, reacted to the shooting by calling for the NRA to be designated a terror organization and for hateful “crazy white people” to be disarmed.

Sort out gun control. And if the NRA keeps whining, here’s a thought; declare them a terror outfit

Other Twitter users agreed that a total gun ban on white people was the only reasonable response.

#CharlestonShooting the sooner we start taking guns away from white people and police, the better.

White people with guns are like the Boko Haram of America — Sami Shah (@samishah) June 18, 2015

.@joemarkowski I don’t know. How many black people in America? How many racist whites with guns? How many whites in power & in denial? — gunnergoz (@gunnergoz) June 18, 2015

Let’s do nothing to discourage racism, make sure racist lunatics have ready access to guns, & act surprised when they slaughter black people

Whether it’s because they’re racist or heartbroken, white men have clearly shown they can’t be trusted with guns. #CharlestonShooting — Why (K)now? (@justincapps) June 18, 2015

Racist white men with guns are far more scarier than ISIS to me. They’re the real terrorist.

Innumerable others called for new gun control measures that would criminalize the Second Amendment.

Once again Americans find a massacre from a gun weilding maniac. When will they realise that gun laws work and ban guns from the public?

Seriously how many mass shootings does it take to ban guns in America — Emma Stewart (@estewart3) June 18, 2015

We need to ban guns! We need to get the guns off of the street. Guns need to be eliminated in America.

I’m honestly so disgusted to live in a country that overlooks gun control in order to satisfy the fake assurance it gives white america — tama gucci (@_COPROLALIA) June 18, 2015

The fact that black people are responsible for half of all homicides in the United States despite making up only 13% of the population would seemingly dispel the notion that disarming only white people makes any kind of sense.

Despite being outnumbered by whites five to one, blacks commit eight times more crimes against whites than vice-versa, according to FBI statistics from 2007. A black male is 40 times as likely to assault a white person as the reverse.

Figures in other countries show a similar trend, with half the victims of racial murders in the United Kingdom being white.

Incidents involving hate crimes, including murders, where the perpetrator is black and the victim is white are almost universally ignored by the mainstream media.

Law abiding blacks should not be made to feel guilty for disproportionately high black homicide rates, but by the same token law-abiding whites should not be blamed for events like the Charleston shooting.