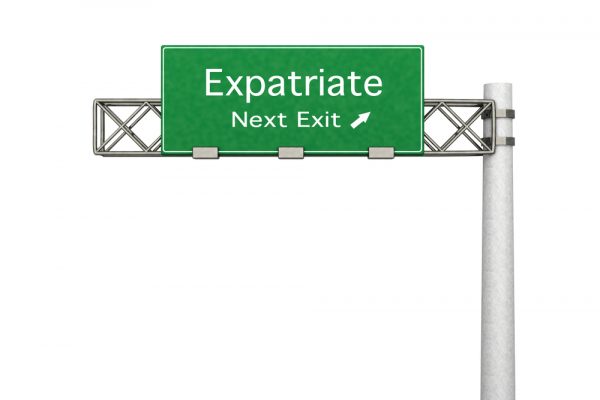 Would you renounce your U.S. citizenship if it meant you’d be sending less of your hard-earned dollars to Uncle Sam? Do you want affordable health care? Do you want your children to have an affordable college education? Do you want to retire in relative comfort?  Do you desire to live your life in relative freedom and not have to worry about government harassment? Are you tired of living under relative tyranny where every email is read, every phone call is listened to and your every movement is tracked by a number of electronic devices? Do you want to survive Jade Helm, or Jade Helm’s successor? Do you have reason to believe that you are on the “Red List”?

If you answered in the affirmative to most of these questions, it might be time to start packing your bags and looking for greener pastures because if you are a political dissident or are a member of the upper middle class, it is time to go.

Americans Are Voting With Their Feet

Americans are leaving the country at breakneck speed and the annual rate of expatriation is growing as over 150,000 Americans departed the former land of liberty for greener pastures overseas in the past year. In total, over five million Americans are choosing to live outside the United States. And these are just the “official figures” that are printed by the Obama administration and the mainstream media.

I have received information from people who help Americans exit the country who place the number of ex-pats at over 20 million, and some estimates range as high as 80 Million Americans have exited the country since 9/11 even though the media says only 3 to 5 million people have left the country. I am convinced that the number is far higher than advertised.

Many of these Americans maintained dual residences prior to exiting in order to get around the capital control laws being passed by the Obama administration which are designed to steal your financial assets from you. Most of these Americans exited quietly and once their assets were safely out of the reach of the federal government, they renounced their citizenship. At the end of the day, I know far more than the reported 3 to 5 million Americans have left the country, it is just hard to know the actual number.

Just why are Americans leaving this land of “freedom” and opportunity in record numbers, with no end in sight? Should you leave the country?

The first consideration when leaving the country is to ask yourself, “What are the dangers to my family and myself if I stay within the country”?

The most compelling reason to leave the country is because you strongly believe that you are on what Steve Quayle, for decades, has called the “Red List”. The Red List is a term generally reserved for people who would be in danger of, at minimum, indefinite detention without due process as per the NDAA. Or, at maximum, the Red List most often refers to people who are likely candidates for summary and prejudicial execution without due process. The latter is the most common connotation of the term. Most of the 20th and 21st century American administrations in America’s past have used this approach, sparingly. The World War II era of wrongful and illegal forced detention of American citizens, with a Japanese ancestral background, was carried without the usual accompanying genocide. However, in the current go around with history, when the round ups start, I would not be confident that genocide will not accompany martial law. Why do I believe this?

There are no hard and fast rules as to who is on the Red List, but there are some clues. The best clue you have as whether you are on the Red List is to look at who this administration has labeled as “enemies of the state”. The infamous MIAC report gives us many clues as to who this administration deems naughty or nice. If you are, or have been, an anti-abortionist, a militia member, a member of a third party (e.g. Libertarian, Constitutional Party), a pro-Second Amendment advocate, a Bible-believing Christian, a Ron Paul supporter, all veterans of military service, and an avowed supporter of the belief that the Constitutional process should guide the actions of government, then you are most likely on the list.

For Now, the Highest Taxes In the World Is the Number One Reason that Americans Are Expatriating Overwhelmingly, and at the present moment,the number one reason that Americans are fleeing the country is because of high taxes. In 2013, the income tax rate rose  to 39.6% from 35% for individuals earning more than $400,000 a year and married couples earning more than $450,000. As of 2013, 37% of Americans will pay higher federal tax rates because the cuts in Social Security payroll taxes expired when Congress passed its tax package on New Year’s Day of 2013. The only reason that the number is not higher is because there are 101 million Americans, of working age, who do not work.

The upper middle class has taken the brunt of this tax increase as the Tax Policy Center estimates that those who earn more than $1 million would pay an average of $170,341 more in taxes.

State taxes are also rising as evidenced by the state of California which enacted Proposition 30, that effectively raised state income tax rates to 10.3% from 9.3% for individuals making at least $250,000 and 13.3% from 10.3% for those earning at least $1 million. Golfer Phil Mickelson publicly voiced his concern over the tax increases and threatened to leave California because of the higher rates.

Expatriation does favor the rich.  Consider the following examples.  If you are wealthy and make, say, $1 million per year, you would save $396,000 in annual taxes by relocating to Monaco based upon the highest tax bracket of 39.6%. However, if you are a person of average means and only make about $50,000 per year, you would save $12,500 in annual taxes based upon being in the 25% tax bracket. If tax reduction is your primary reason for putting the U.S. in the rear view mirror, you will be financially ahead regardless of your income. Of course, one has to have an income to benefit from a potential move. In other words, if you are the owner of an Obamaphone, you are better off staying in the country so long as you are not on the Red List.

To rub salt in the proverbial wound, the U.S. is one of the few nations that taxes its citizens regardless of where they live in the world. As long as you remain a U.S. citizen, you will be taxed on your income even if you’re living abroad.

We are now beginning to see capital controls being placed on your bank account by both this administration and the banks themselves.

What are capital controls? According to Investopedia:

Any measure taken by a government, central bank or other regulatory body to limit the flow of foreign capital in and out of the domestic economy. This includes taxes, tariffs, outright legislation and volume restrictions, as well as market-based forces. Capital controls can affect many asset classes such as equities, bonds and foreign exchange trades.

Keep in mind that capital control measures can also include restrictions on bank withdrawals, buying and selling of foreign currencies, and even taxes on bonds and equities.

On January 1st of this year, the Obama administration began to enforce the Foreign Account Tax Compliance Act. Section 1474 of the act requires the U.S. government withhold 30% of all transferred monies to foreign banks and that money is to be sent to the IRS as a collected tax. There is a way around the tax and that is to transfer the money to a foreign bank that reports American financial transactions to the IRS. Once your money is safely transferred, you may then transfer your money to any account in the world. Remember, the United States is the only country that double taxes its citizens. Even if you can get around the highly unconstitutional and illegal 30% withholding tax, American banks are also enacting strict capital controls.

The transfer of money, both domestic and international wires, are no longer available to be sent from a business savings account, may seem unimportant to the average banking customer. Many do not have enough money on deposit to pay the wire fee. However, this policy demonstrates the intent of the banks to “capture” your money the minute you deposit it. Cash activity is now limited to $50,000 per month. The term, cash activity means withdrawals and deposits.

Do you remember as children we were taught to make fun of the Soviet Union for building fences to keep their citizens in? By the way, Russia has a flat 13% tax rate. We have become the reincarnation of the former Soviet Union.

I predict that under this pathetic president and our insider-trading congress, millions more are going to be looking to leave the country, if they have time. It is my belief that if the number of expatriates grows much beyond present levels, the government will enact policies to make it increasingly more difficult to leave the country.

I would say that when the economy falters, it is time for some to leave the country because the political persecution will not be far behind.

Where would you go? What factors would you consider when choosing a relocation country? How much time to do we have? Leave a comment below and let’s begin a dialogue on if, indeed, it is time to leave the former home of the free?