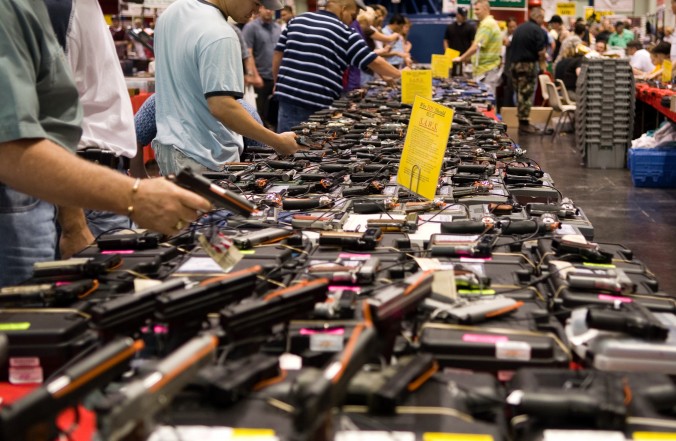 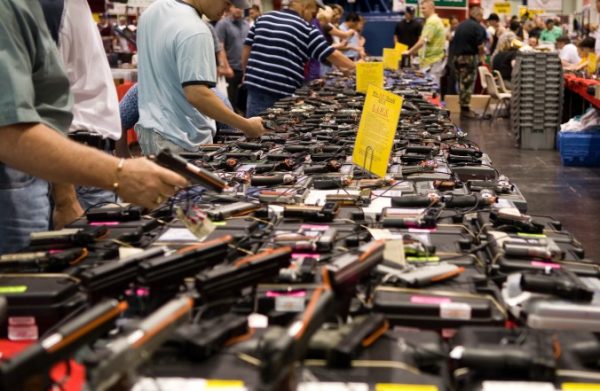 Arms Expo 2015 is scheduled for June 20-21, 2015 in Yamika, Washington. The event is being touted as a “liberty market and gun show” and a “patriot campout for the whole family.” In light of that, the event is encouraging those in attendance to reject unconstitutional laws, such as Washington’s Initiative 594 concerning background checks.

According to the Arms Expo website, “Private sales and vendors of guns, supplies, and food will be welcome. We encourage commercial vendors to refuse unconstitutional laws and background checks, and encourage patriots to support those bold vendors as well as buy from each other in defiance of lawless legislation.”

The event promises “no background checks, no paperwork, no infringement.”

The background checks being referenced were part of the Michael Bloomberg / Bill Gates push last year to advance some of the most restrictive gun control in the nation. Not only is it an effort at a universal handgun registration scheme, but it criminalized private sales without a permit and even caused one museum to remove their World War II Exhibit’s firearms to keep from being embroiled in possible violations of the “pretended legislation.”

Event organizer Same Wilson told Oregon Public Radio, “We will be exercising what I would refer to as constitutional sales where there’s no background check of any sort.”

The event will host classes on a variety of topics, provide activities for children and have an environment that is family and liberty friendly to meet like-minded people.

Among some of the classes offered will be an AR-15 building class, allowing citizens to learn how to build their own semi-automatic rifle at home. Sipsey Street Irregulars’ Mike Vanderboegh will provide demonstrations on, “canning, patriot networking, self-defense, how to apply liberty to your everyday life, and much more!”

Vanderboegh told Guns.com, “The Arms Expo in Yakima is just the latest example of the nationwide campaign of armed civil disobedience in the wake of the unconstitutional state laws passed in the anti-firearm hysteria after Sandy Hook.”

“In each of the states – Connecticut, New York, Maryland, Colorado, Washington state and now Oregon these laws have been nullified by quiet campaigns of non-compliance,” he added. “We have publicly defied them, resisted them, evaded them, smuggled in forbidden items and dared the politicians to do anything about it and to date they have not known whether to defecate or go blind. We have declared that our God-given, natural, and inalienable rights to liberty and property are not subject to negotiation. The question is not why are we going to be in Yakima defying Bloomberg’s purchased tyranny. The question is, why are you not?”

In December of 2014, Washington patriots demonstrated in Olympia in what is considered to be the largest felony act of civil disobedience in history. Gavin Seim led the rally, which was called “I will not comply.”

“This is not simply a protest,” he wrote. “We will openly exchange, buy and sell and trade guns and start a plan to break apart this legislation and violate i-594 in every possible way. Because ALL law that violates the Constitution is not law, it is VOID!”

Indeed, it was reported that there were roughly 3,000 attendees who openly defied the Washington law. Many engaged in what was predicted as the day of burn barrels, similar to those in New York following the passage of the NY SAFE Act, as they pledged themselves to liberty.

As I’ve made clear in the past, any government regulation or restriction of arms is completely unconstitutional and infringes on the rights of the people, which are to be protected by that same government. Well done Arms Expo!