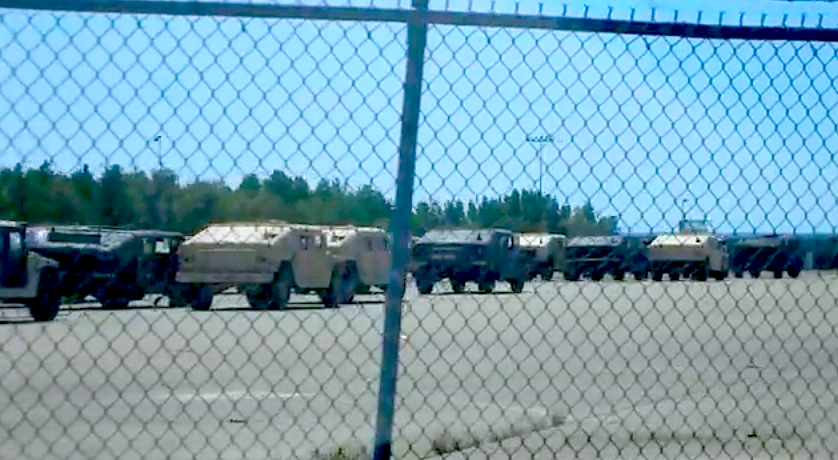 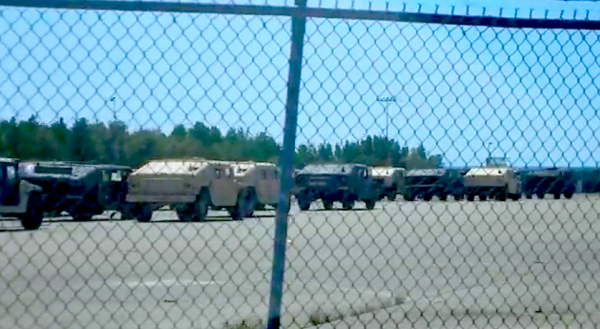 “WHY DOES DECOMMISSIONED AIR FORCE BASE HAVE HUNDREDS OF MILITARY VEHICLES STOWED THERE?”

NORTHEASTERN MAINE (INTELLIHUB) — With Jade Helm 15 on the horizon, one can only wonder why a military base that was previously decommissioned over twenty-years ago, in 1994, has now became active again.

But even more interesting to me is how so-called “rumors” of suspicious military activity throughout the U.S. are panning out to be true in most cases, leading me to believe something bigger than we can imagine is coming down the pipe and possibly soon.

A citizen reporter posted a video to his YouTube channel Friday confirming “rumors” of military activity at a closed down military base in Northeastern Maine and the footage he captured is shocking to say the least.

According to husky394xp “a supposedly abandoned Air Force base, Loring Air Force Base, in Aroostook County, Northeastern Maine” has been“recommissioned” and is showing new signs of life and activity.

“We saw this one fenced in area not too far from that big hangar and it is just loaded with hundreds upon hundreds of Humvees and other military vehicles. […] it seems kind of an odd thing.”

The man also captured a “white Hummer” on film, which may signify a United Nations presence as well, along with generators and other equipment, some of which was“newly shrink-wrapped.”

While an “Army National Guard” facility is near, husky394xp still questions the number of “military vehicles” that are currently on site, including “tanks.”

One sign in the area read, “Federal Property No Parking Within 50 Feet.”

There are even “brand new barracks” which have been constructed, “people were even at the place […] new solar panels […] it’s very active there.”

“You could literally fly thousands of soldiers into the place and there would be plenty of room for them.”

Are we still to believe nothing is going on?

Is it just business as usual?