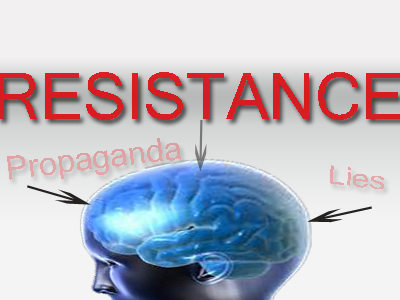 Throughout nature it is well known that species will experience changes in its DNA and adaptations in its physical expression and behavior solely for the purposes of surviving in its environment. There are numerous examples in nature of species genetically and physically adapting to its environment for survival reasons. So it’s not a far-fetched suggestion that humanity itself may now be experiencing a physiological mental and cerebral transformation which is changing its behavioral pattern and environmental response to the phenomenon of government.

That’s right, as humans we have an obligation to think critically and objectively when considering the plight of humanity as it struggles in these modern days against the new world order and the human control system. It is up to us to consider the objective expression of this battle for freedom against the oppressive and defective component of humanity known as government.

Whether you understand it or not, those that wish to control you are a parasite on the species. Their infective process is carried out by thought signals within other concurring members of the species. These thought signals of control, rules, laws, policing, and legal system of enslavement perpetuate itself within the species, and is the very system that we know as the controlling governmental system. It seeks to simply control and enslave others. There is really no other purpose for its existence. It generates the mental signals needed to perpetuate the control system of enslavement to take away your individual freedom and your wealth and money. It does all of this by the system of rules we logically understand today as government.

This same governmental system is a sophisticated apparatus. It didn’t just come about by any means. This concept of government, it turns out, is the very burden of life that ensures that life often is a struggle, is stress filled or not enjoyable. This control system is a challenge humanity has been trying to figure out for centuries. Anyone can read ancient history and see the exact same struggle humanity was in back then. It is not difficult to see the parallels throughout history showing how the history of freedom’s struggle is arguably the very history of humanity.

Unfortunately today, all of history is often taught to children from the point of view of the controllers. The concept of freedom is normally hidden from human consciousness from the start with the hope and intention that the human being will never comprehend what it means to be truly free. The control system’s logic instilled from youth is that life is what you are told it is by the control system and you are to obey. We are taught that freedom from controlling governments is not realistic, not possible and not even part of human history.

However, with the advent of the information age and the subsequent advancement in human awareness and consciousness, many within the species (those who are awakened) are realizing that the sky is the limit. Humanity is realizing that truth itself is realized, not expressed to you by a voice on TV or a billboard. Awakened humanity is realizing that we are what we believe we can be. The rules of old are quickly dissolving before our eyes even as the control system marches on with control tactics to keep the masses enslaved.

Reality and fiction are on a collision course. The controllers are intending to force their fiction on humanity even if it means going violent. Today, this forceful violence designed to intimidate and push their agenda is known by many names today including “false flags“. These false flags are now the norm in the eyes of those who are awakened, and spontaneous coincidences in the eyes of those still asleep in the matrix of lies.

This epic moment in human consciousness is leading to something big. What we are now seeing is a rash of staged government violent operations, staged false flag violence and everyday lies from the control system’s mainstream media. As awakened humanity fights off a now weak storm of verbal attacks (“conspiracy theorists”) designed to discredit those awakened, it is primed to usher in a new era which is already underway.

The new era of human consciousness has many features to it. It’s already in progress and it’s all around us even though most people don’t realize it. Humanity is mentally advancing and adapting very comfortably to government lies and propaganda. Yes, that’s right! I believe humanity is adapting so well to government lies and propaganda that the control system is desperate to do whatever it has to do to control, fool and convince those that are still asleep that the dream they are in is still real. They are throwing the kitchen sink at this prospect. The dream of controlling humanity is, after all, a dream to the controllers. The same way you and I have dreams of success and happiness is the same way the controllers have dreams of controlling. Like any member of the species, we (they) are wired to not give up on our (their) dreams.

I believe our similarities within the species is something that is allowing the species as a whole to adapt to the problematic control system. This diseased portion of humanity known as the control system is losing its mass influence, and the loss of influence is growing and becoming more pronounced with every day that goes by.

For example, as I’ve discussed in the past, more than ever we are now seeing repeated government lies, propaganda, entire operations including false flags and fake terror operations all being pushed on the masses at all-time rates, all the while a growing significant percentage of the human population is not even blinking at these events. It’s as if these false flag shootings, lies, propaganda and staged terror is not even happening. The anxiety it’s supposed to produce is not there and the lies they tell are not believed. Awakened humanity is increasingly seeing government and its lying apparatus as an irrelevant part of life.

We all know the control system is very capable of violence. Yes, they will do anything they can to put every single one of us in a cage (jail, prison) or to take away our money (taxes). Yes they will write thousands of laws to make it easier and easier to attack your freedom and steal your money. And yes they will continue to attack your mind with staged fear (terrorism, false flags and engineered natural events). Awakened humanity is aware of what it is dealing with and it is aware of its individual limitations so it tolerates what it sees, quietly marches on ignoring the fear and quietly awaits the moment when all the cards will fall apart for the control system.

Many who are fully awakened realize that essentially all human progress occurs slowly and incrementally. That is the reason why we all have associates, friends and family who are still asleep in the matrix of lies. We understand it is a slow process. It’s the process of human mental, spiritual, and conscious evolution that we are seeing in motion in real-time. Its happening right now and it’s very real.

Here we are in the first quarter of the 21st century and humanity’s mentality is advancing beyond its years even as a huge segment is still stuck on the paradigm of entertainment allowing celebrities, Hollywood and TV to influence their perception of the world. Advanced humanity, nonetheless, is moving forward confidently. Those who are awakened cannot be un-awakened. The awakening process is a one-way street. It’s a process that moves forward not backward. Mathematically speaking there will be more (not less) awakened people on earth tomorrow than yesterday, and so on.

So no one should be surprised that the control system will soon be using the U.S. military to practice intimidating Americans and pulling them out of their apartments (Jade Helm 15 operation officially starting soon). That’s because deep down the control system knows what it is up against. It’s up against a sophisticated species that is aware, is watching, is vigilant, loves freedom and most important, is evolving mentally. This new adaptation by the species to the problem of government will ultimately be the greatest threat to the control system. The controllers are hoping to overcome this by spreading fear. They know, however, that if they fail to spread their fear it is game over. Are you ready? Will you be ready when things get much worse? Is the greater picture finally coming together?