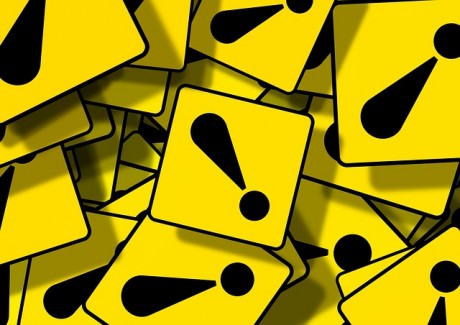 Not since the financial crash of 2008 have so many prominent people issued such urgent warnings about a specific time period.  Almost daily now, really big names are coming out with chilling predictions about what they believe is going to happen during the second half of 2015.  But it isn’t just that these people have a “bad feeling” about things.  The truth is that we are witnessing a confluence of circumstances and events in the second half of this year that is unprecedented.  This is something that I covered in a previous article that went mega-viral all over the Internet entitled “7 Key Events That Are Going To Happen By The End Of September“.  Personally, I have never been more concerned about any period of time than I am about the second half of 2015.  And as you will see below, I am definitely not alone.

Just a few days ago, I received an email that contained a chilling message from Lindsey Williams.  You can view the same message that came to my email right here.  According to Lindsey Williams, the elite insider that he is in contact with told him that there will be a global financial collapse between September and December of this year…

From Lindsey Williams: I just received an email from my Elite friend.

You may have just THREE (3) months to prepare!

I have a ton of respect for Lindsey Williams, and I would listen to what he has to say very carefully.  Back in 2008, an elite insider told him that the price of oil would drop from $140 a barrel to $40 a barrel, and it happened.  This time around, Williams has been telling us throughout 2013 and 2014 that a global financial collapse was not going to happen during those years, and he was right about that.

But now he is sounding the alarm that one is going to come by the end of this calendar year.

Martin Armstrong is someone else that has been sounding the alarm about the second half of this year.

In the past, I have written entire articles about economic cycle theories and what they indicate is coming in our future.

Armstrong has developed one of his own, and he calls it the Economic Confidence Model.  According to the ECM, the “sovereign debt Big Bang” is scheduled to happen by the end of 2015.  And it turns out that the time period that Armstrong has been pointing to lines up with a whole bunch of other significant events as well…

There are many aspects that are lining up with the turn in the ECM (Economic Confidence Model) from the Blood Moon and the Jewish Year for forgiving the debts, to France imposing restrictions on cash in September, and even in Germany the laws that protected about half a million people so-called dachas there in East Germany expire. To date, a law protecting the tenant against dismissal by the municipality will also expire October 3, 2015. Everywhere we look, there are changes coming to a head, right down to the U.S. Federal budget with 2015.75.

In case you are tempted to dismiss this as nonsense, Armstrong has pointed out that his ECM has been accurate “to the day” in the past…

Of course the 1987 crash bottomed to the day with the ECM confirming that was the low. The same took place in 1994 where the U.S. share market bottomed right to the day, once again confirming this was an important low.

So will the ECM be right again this time?

Only time will tell, but it should be noted that the global bond market is already starting to crash.  If Armstrong ultimately turns out to be correct, we could be on the verge of a major turning point…

This next turning point should be the peak in the concentration of capital and confidence in government. From there on out, 2015.75 should mark the change in trend where people will start to disbelieve government on a grand scale. The debt markets that peak precisely with the target are going to get the worst of it.

Other financial experts are issuing similar warnings, even if they aren’t being quite as specific.

For example, just consider what Jim Rogers had to say recently…

I suspect in the next year or two we will see some kind of major, major problems in the world financial markets.

I would suspect when we have this correction, it’s going to cause central banks to panic. There’s going to come a time when there is not much the central banks can do when they have lost all credibility. When governments have lost all credibility. They will print and spend and borrow, but there comes a time when people are just going to say We don’t want to play this game anymore. And at that point, the world has serious, serious problems because there’s nothing to rescue us.

Perhaps the most sobering warning of all that I have come across in recent days is from Alex Jones.

In the video posted below, he explains that he recently received “two different calls” from “extremely prominent wealthy people” warning him about what is coming by the end of this year and asking him why he isn’t leaving the United States “before October”.

In other words, these individuals believe that something really big is going to happen by the end of September.  This dovetails perfectly with what I have already been warning about.

In this video, Alex also explains that large numbers of insiders are now quietly leaving the country.  I have never seen him quite like this.  I think that so many of us are just in shock that the things that we have been warning about for so long are now actually happening.  Watch this video for yourself and see what you think…

In the financial markets, we are also seeing signals that many people believe that big trouble is right around the corner.  For instance, according to Dana Lyons we haven’t seen bets that the VIX will rise at this level since just before the financial crash of 2008…

As most observers are aware, the VIX tends to rise as the stock market declines. Thus a rising VIX is associated with bad markets.The interesting thing about present conditions in VIX options is that the Put/Call Ratio (using a 21-day average) is at the lowest level since the summer of 2008. That means that there are more bets on a rising VIX versus bets on a falling VIX than we have seen in 7 years. And again, a rising VIX is associated with bad markets.

In other words, investors are betting a tremendous amount of money that we are going to see a rise in volatility in the financial markets in the months ahead.  And as I have explained so many times before, during times of high volatility markets tend to go down very rapidly.  So these bets will pay off very handsomely if there is a financial crash this fall.

Meanwhile, the manager of one of the largest bond funds in the UK is warning that a “systemic event” could soon hit global financial markets and that it is wise to have some “physical cash” at home just in case there is some sort of major emergency.  The following comes from Zero Hedge…

The manager of one of Britain’s biggest bond funds has urged investors to keep cash under the mattress.

Ian Spreadbury, who invests more than £4bn of investors’ money across a handful of bond funds for Fidelity, including the flagship Moneybuilder Income fund, is concerned that a “systemic event” could rock markets, possibly similar in magnitude to the financial crisis of 2008, which began in Britain with a run on Northern Rock.

“Systemic risk is in the system and as an investor you have to be aware of that,” he told Telegraph Money.

The best strategy to deal with this, he said, was for investors to spread their money widely into different assets, including gold and silver, as well as cash in savings accounts. But he went further, suggesting it was wise to hold some “physical cash”, an unusual suggestion from a mainstream fund manager.

This sounds like what I have been saying for years.  I am a big believer in not having all of your financial eggs in one basket, and I do believe that it is wise to have at least some emergency cash at home.

But to hear it from a member of Britain’s financial elite is definitely unusual to say the least.

Sadly, just like last time, most people are not listening to the warnings.  Back in the summer of 2008, my wife and I went up to visit her parents.  I sat on their sofa and told them that a great financial collapse was about to unfold and that it would shake the entire world.  Of course just a few months later that is exactly what happened.

Now we are on the verge of an even greater financial collapse, and still I find that there are a lot of people out there that are doubters.  Most of these doubters have an immense amount of faith in the system, and they are confident that this debt-fueled bubble of false prosperity that we are currently enjoying can somehow last indefinitely.

I truly wish that the hopeless optimists were right.

I truly wish that I could live out my days in peace and quiet in a world that was safe and stable.

Unfortunately for all of us, things are about to change in a major way.  When it starts happening, don’t forget that there have been people that have been warning you that this would happen all along.