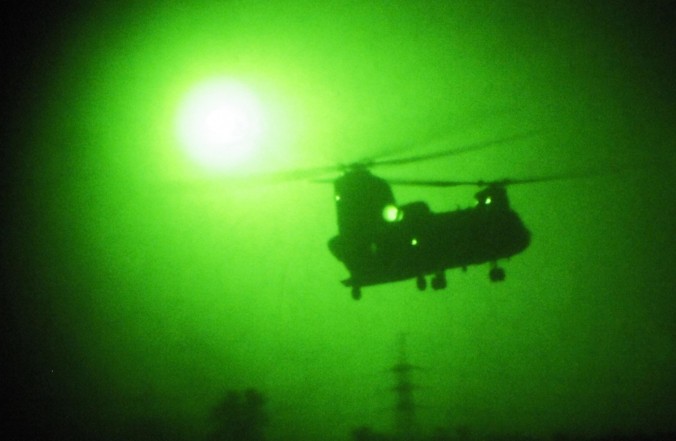 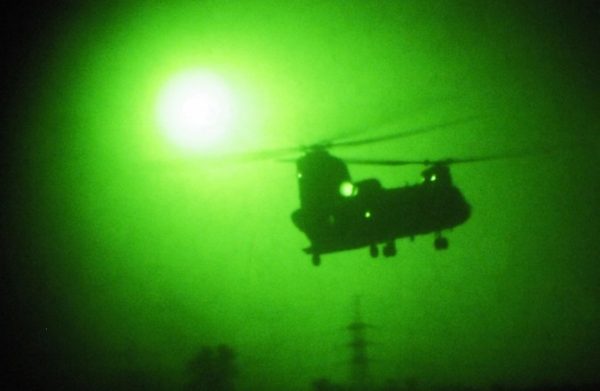 Extortion 17 was the call sign of a chinook helicopter carrying 17 Navy SEALs, who were a part of SEAL team six (who allegedly took out Osama bin Laden), along with a few Army Rangers, National Guard Pilots and at least 7 unknown Afghan soldiers. In a recent book, author and former Navy JAG officer Don Brown had outlined things about the largest one-day loss of life in the Afghan war that many simply refuse to report on. In an exclusive interview, Brown, told Freedom Outpost that is looking at all of the relevant evidence that his conclusion is that American Special Forces in Afghanistan have, in essence, been under the command of the Afghan government.

Don Brown confirms the interview that I conducted in August of 2012 with Billy Vaughn, father of fallen Navy SEAL Aaron Vaughn, who told me that the Obama administration had an agreement with the Afghanistan government to allow them to see everything that was going on with US troops, including Special Forces.

The group in Afghanistan who oversee US operations is called Operational Coordination Group (OCG). The group is comprised of Afghanis, who are involved in all the intelligence that the Special Ops do and are involved in the planning and even carrying out of missions. A major problem in all of this is the fact that not one person that is a part of the OCG is properly vetted. In fact, the military has confirmed that Pakistanis have even infiltrated the OCG. This is also part of the same problem US troops are facing in a growing number of green-on-blue attacks that have left many of our men dead.

“This OCG group actually has the authority to squash a mission that our military needs to have performed, if they want to,” Vaughn said. “So in theory, we’ve placed our men under the authority of the government of the Islamic Republic of Afghanistan. It’s treacherous and it’s treasonous for our government and this administration to allow this to go on.”

At the time of our interview, Vaughn told me that when the Special Operations missions were being conducted in Afghanistan there were a mere 56 missions occurring each month. However, by the time that Obama took command of the situation in 2010 that number had tripled to 186 missions per month. Just prior to the downing of Extortion 17, Special Forces were force to conduct 335 missions… per month!

Obviously, this puts a tremendous amount of unnecessary pressure upon our most elite forces in the US military. But there’s more.

At the time, Vaughn told us that there were not only Afghans embedded with our Special Forces, but that that Afghan government also had oversight into all of their missions.

Brown points out in his book Call Sign Extortion 17: The Shoot-Down of SEAL Team Six that exhibit 1 of the Colt Report, regarding the involvement of Afghanistan in US mission planning, demonstrated that there was a particular testimony by the J3 officer in which he said, “Likewise you see on the left there the OCG. We made some real money with the OCG; they are the Operations Coordination Group and they assist us with the planning, and the vetting, and de-confliction of our operation. Likewise once we are done executing the operation they are able to send the results report, the result of the operations up through their various administrates. They are made up of the ANA, Afghan National Army, the National Director for Security, as well as the National Police Force. They are here on site.’ (pg. 259)

The J3 officer’s testimony in exhibit 1 affirms that the Afghans have visibility on every operation conducted in their country, thus putting our men at risk.

IO-DEP: So, they have visibility on every operation?

IO-DEP: So they knew about the operations.

IO-DEP: And they were briefed on it.

From pages 6 and 7 of the Colt report:

IO-DEP: So they have the ability, do they have approval authority on that, to cancel an operation?

IO_DEP: So they either task or approve the operation.

TFJ3: Yep. So again another critical enabler as we move more towards Afghanization, as we move towards empowering Afghans, it will be a critical player as well, and we have- that we’re figuring those two units as well as the Task Force, those are our primary concerns with transition forward.

Keep in mind that Vice President Joe Biden and former Secretary of Defense Leon Panetta had made major national security breaches by revealing the identity of SEAL Team 6 in the raid on the bin Laden compound.

Brown points out on page 261 of his book the oddity in all of this.

The problem in all of this is that the US attacked country it claimed was behind the 9/11 attacks and at the heart of those attacks was Islam. We know now that the current Karzai government, along with the Obama administration, wants to befriend and welcome the Taliban as part of the new government. Does any of this strike Americans as not only odd, but treasonous? Furthermore, does it not endanger the lives of America’s finest in foreign lands and is this transfer of power unconstitutional, making the commander-in-chief guilty of yet another impeachable offense?