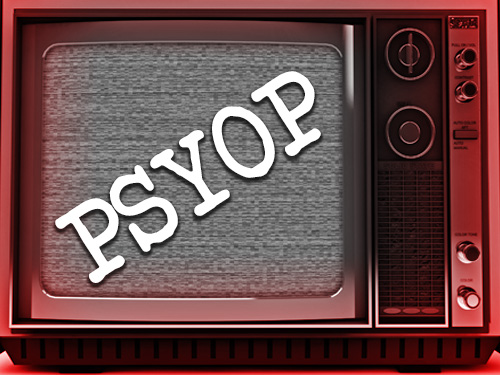 A specific set of events are being highly scripted and heavily twisted in the media to manipulate the American people into following a specific narrative. That narrative is that a new civil rights movement is rising up because of unabated racism and growing intolerance.

All this in a country that has elected a black president for not one, but two terms and has celebrated a man named Bruce who decided to become a woman named Caitlyn for months now.

Case in point: just last week we witnessed the politicization of a mass shooting in Charleston, where media reports have now lumped the tragic event together with everything from slavery and segregation to 9/11 lone-wolf terrorism to every major riot and protest lately including Freddie Gray’s death at the hands of police that led to weeks of riots and looting in Baltimore.

Do you remember when Gray was arrested? The media made it sound as if the police stomped on his spine, severing it, and crushed his windpipe which put him into the coma that led to his death.

If that’s the case, then why was the state prosecutor so keen to try and block the release of the autopsy report? She claimed she didn’t want to prosecute the story in the media, right after she basically did just that at a press conference announcing the charges against the officers.

All the media speculation helped fuel the fire that, again, led to weeks of rioting and looting in Baltimore.

Now, however, the autopsy report has come out.

Via The Baltimore Sun:

Freddie Gray suffered a single “high-energy injury” — like those seen in shallow-water diving incidents — most likely caused when the police van in which he was riding suddenly decelerated, according to a copy of the autopsy report obtained by The Baltimore Sun.

The state medical examiner’s office concluded that Gray’s death could not be ruled an accident, and was instead a homicide, because officers failed to follow safety procedures “through acts of omission.”

Though Gray was loaded into the van on his belly, the medical examiner surmised that he may have gotten to his feet and was thrown into the wall during an abrupt change in direction. He was not belted in, but his wrists and ankles were shackled, making him “at risk for an unsupported fall during acceleration or deceleration of the van.”

A single high-energy injury. A homicide due to “acts of omission” for not buckling Gray in is not how this situation was portrayed in the media at all.

While bystanders captured his arrest on video showing Gray moaning for help, the autopsy concluded that Gray suffered no injuries to suggest a neck hold or stemming from physical restraint. Assistant medical examiner Carol H. Allan noted that Gray could be seen bearing weight on his legs and speaking as he was loaded into the van.

Officers placed Gray on a metal bench running from front to back along the outside wall of the van. After the doors were closed, he could be heard yelling and banging, “causing the van to rock,” the autopsy noted.

The van made several stops. The second stop occurred a few blocks away on Baker Street, where officers placed an identification band and leg restraints on Gray.

“Reportedly, Mr. Gray was still yelling and shaking the van,” the medical examiner wrote. “He was removed from the van and placed on the ground in a kneeling position, facing the van doors, while ankle cuffs were placed, and then slid onto the floor of the van, belly down and head first, reportedly still verbally and physically active.”

Just like in the case of Michael Brown’s death, none of this is really what was portrayed after Gray died. It isn’t the same scenario we were told/sold. No wonder the prosecutor didn’t want the public to see this autopsy report.

Should the cops have taken proper precautions in buckling Gray? Of course. Sounds like they didn’t even have a reason to even arrest him in the first place because he hadn’t committed any crime.

That, however, isn’t even the point now.

We live in a country where cops kill an average of more than TWO PEOPLE A DAY. These people are black, white, Mexican, Asian, old, young, handicapped. It’s anybody and everybody. In modern America we are occupied by a highly militarized police force that will conduct no-knock SWAT raids for pretty much any reason or strip search a person on suspicion of any crime.

That’s the police state we ALL live in. It affects EVERYONE.

It’s not a “war on drugs,” or a “war on crime,” or even a war on a specific sect of the population.

At a time when ALL people of every race should come together to protest the real tyranny here, we’re instead being divided and conquered on race lines into a phony civil war.

The only slave owners in this country today are the bankers and megacorporations that run our government, and no, they don’t fly a confederate flag.