David Brock of Media Matters is getting bold.  He now freely admits that Media Matters (Founded by Hillary Clinton and Brock) violates their tax exempt status daily.  All during the IRS targeting scandal many conservatives and conservative groups have pointed to Media Matters and their obvious liberal bias and used that to point out the hypocrisy of the IRS.  You lose a lot of credibility when you hold up the paperwork of conservative groups because you say they COULD act as an advocacy arm of the Republican party, while at the same time you allow liberal groups to do that very thing.

David Brock bragged that Media Matters defends Hillary against what he calls lies from the right. (AKA: facts) Tax exempt groups are not allowed to do that.  If the IRS wants to salvage the slender thread of credibility they have left, they will pull Media Matters’ tax exempt status.  Personally, I am not planning to hold my breath.  The ironic thing is that he spilled the beans in an op-ed, where he was defending Media matters of America due to their association with Sidney Blumenthal.  During the questioning of Blumenthal, it was learned that he was working for Media Matters at an annual salary of $200,000 a year.  At the same time, he was being paid $10,000 a month by the Clinton Foundation and is expected to join the Hillary campaign team.

While the IRS is trying to pick the fly shit out of the pepper shakers, don’t you think they should also yank the horse turds out of the salt?  Here is an exerpt from Brock’s op-ed:

“By refusing to release the transcript, the Republicans want to hide the true nature of the Blumenthal deposition: Their partisan attempt to both chill Blumenthal’s right to freely express his own political views and more broadly to intimidate our organizations — organizations that have led the way in exposing the fraudulence of the Benghazi investigation itself. (Not to mention our role in specifically defending Hillary Clinton from the Republicans’ unfair attacks on the subject),”

Now, here is what the IRS says about that type of infraction:

“Under the Internal Revenue Code, all section 501(c)(3) organizations are absolutely prohibited from directly or indirectly participating in, or intervening in, any political campaign on behalf of (or in opposition to) any candidate for elective public office.”

“Violating this prohibition may result in denial or revocation of tax-exempt status and the imposition of certain excise taxes.”

Clearly, Media Matters for America is in direct violation and Sidney Blumenthal receiving checks from Media matters at the same time he is collecting from the Clinton Foundation is a clear case of conflict of interest and highlights Media Matters’ infractions even more if the IRS doesn’t think a confession is good enough. 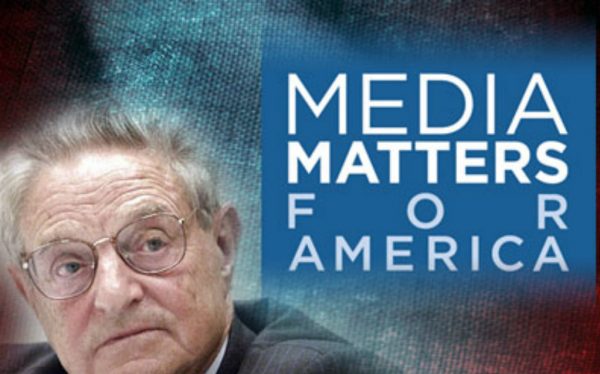