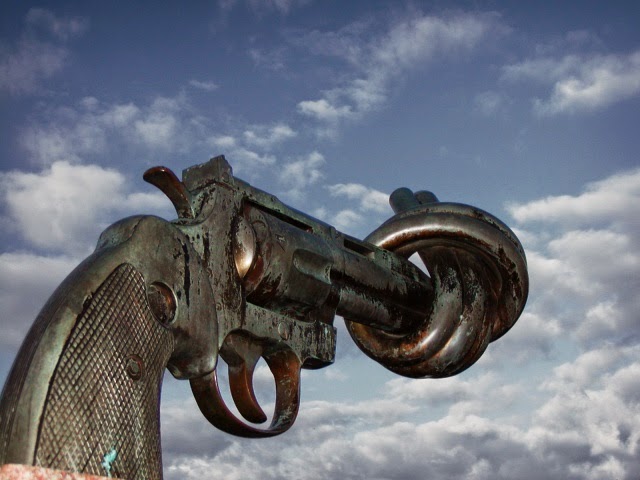 Here’s some food for thought.

Tuesday the Washington Post reported that after the Charleston shooting, Obama has been talking about how the U.S. needs to pass sweeping, strict gun control laws similar to those which were passed after a 1996 mass shooting in Australia:

In an interview with comedian Marc Maron that aired Monday, President Obama cited Australia’s gun laws as an example the United States should follow. Australia established strict gun control in response to a massacre in Tasmania that left 35 people dead in 1996. Since then, Australia hasn’t witnessed any mass shootings.

“It was just so shocking the entire country said, ‘Well, we’re going to completely change our gun laws’, and they did. And it hasn’t happened since,” Obama said, discussing the shooting deaths of nine people at a historic black church in Charleston last week.

But, as we all know by now, governments who want sweeping power over their populations are known to stage events, false flags, to gain that sweeping power.

Much like the suspicious Dunblane school massacre which led to ultra strict gun control in the UK (and that happened to occur just six weeks prior), many have questioned the details of that 1996 Australia shooting and the confession of the supposed shooter behind them as highly suspicious in the years since.

Just after noon on 28th April 1996, an unknown marksman opened fire on diners in the Broad Arrow Cafe at Port Arthur in Australia.

In less than 20 minutes at this and five other crime scenes, the marksman killed 35, injured 22, and crippled two cars with only 64 shots. Nineteen of the first twenty dead in the Broad Arrow Cafe died from single shots to the head, all fired by the unknown marksman from his right hip.

This staggering display of marksmanship was blamed on left-handed and intellectually impaired Martin Bryant, whose shooting experience extended to popping off cans in the bush, and had no military training of any kind. From the time of his arrest, remand prisoner Martin Bryant was illegally held in strict solitary confinement and denied access to media of any kind until his police interrogation on 4th July 1996.

When he refused to admit to the Port Arthur Massacre at interrogation, he was once more placed back in illegal solitary confinement. Eventually in desperation during November 1996, Martin Bryant pleaded “guilty” 72 times, thereby allowing the authorities to avoid a humiliating trial at which they could present no hard evidence of guilt. Intellectually impaired Martin Bryant was convicted by a hysterical media pack, then forced to plead guilty by prison officials illegally enforcing solitary confinement…

Here’s a little bit more information on Byrant, who is currently serving 35 life sentences plus 1,035 years without parole in a prison psychiatric wing in Tasmania:

Bryant was judged fit to stand trial, and his trial was scheduled to begin 7 November 1996. Bryant initially pleaded not guilty, but was persuaded by his court-appointed lawyer and the prosecution to plead guilty to all charges.

Two weeks later, Hobart Supreme Court Judge William Cox gave Bryant 35 life sentences for the murders plus 1035 years for other crimes, and ordered that he should remain in prison for the “rest of his life”. He has attempted suicide six times while being imprisoned.

So… A man with mental issues who has never presented a straight account of what actually happened the day of the shooting and who initially was going to plead not guilty but was held in solitary and even told by his own lawyer to plead guilty was quickly sentenced to 35 life sentences plus 1,035 years, all in just two weeks without ever receiving a public trial?

Interestingly, gun control had been a hot political topic in Australia throughout the 1980s but meaningful reforms had not happened until after the 1996 shooting, when Australia promptly passed the National Firearms Agreement severely limiting private gun ownership in the country. While rifles, shotguns, and some handguns are still legal there, it is only within a very narrow set of criteria.

Only about 5% of the nation’s citizens own a firearm now.