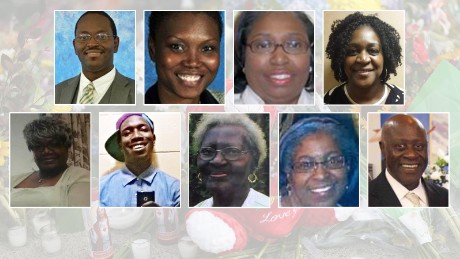 On the late afternoon of Friday June 19 the Obama Justice Department led by new Attorney General Loretta Lynch announced it will “fast track” $29 million to victim families of the June 17 shooting at the Emmanuel African Methodist Episcopal Church in Charleston South Carolina, Reuters reports. The exorbitant payout amounts to over $3.2 million per family.

As widely reported in corporate news media, a prominent victim of the tragic shooting was career South Carolina political leader and Democratic Party operative Senator Clementa Pinckney. Pinckney was also pastor of the AME Church, and alongside Pickney four of the slain–Sharonda Coleman-Singleton, Depayne Middleton-Doctor, and Daniel Simmons Sr,–were AME reverends and officers.

“The massive Gothic structure” housing Charleston’s AME Church “suffers from severe structural deterioration resulting primarily from termite infestation” Church administrators were thus in dire need of funds for such repairs, the South Carolina Department of Archives and History observed in 2014.

DOJ spokesman Kevin Lewis stated that the funds are intended to “help families of victims of the mass murder of nine churchgoers at a historic black church in Charleston.”

An unknown portion of the money will be sent under the US national Crime Victim Assistance Formula Grant program, and may be used to provide services to the shooting victims’ families, the DOJ’s Lewis said.

The tragic church shooting took place on the same day Lynch was officially sworn in to office as the nation’s top law enforcement officer.

Between June 15 and 19, 2015 the Department of Homeland Security’s Federal Law Enforcement Training Center in Charleston was conducting The Active Shooter Threat Instructor Training Program, “designed to provide a field training agent or officer with high quality training and instill the analytical knowledge, skills and attitudes needed for the highest proficiency in this specialized field,” the course description reads. “The course takes Active Shooter Threat Tactics Training to the next level by emphasizing leadership, teach backs, and adult learning as well as the traditional technical skills needed by field training officers and special agents.”

In the wake of the December 14, 2012 Sandy Hook school massacre event overseen by the Department of Homeland Security Eric Holder’s DOJ funneled at least 9 million in federal money via the DOJ to the Newtown community for alleged services to victims’ families and the “trauma” experienced by first responders (e.g.here, here and here).

Such funding bolstered an unprecedented $50 million allocated by Connecticut Governor Dannell Malloy for the construction of a new Sandy Hook Elementary School contingent upon the leveling of the then-existing structure. Further, tens of millions were generated through a “Sandy Hook Charity Industry“–a vast array of independent charities purportedly soliciting funds on behalf of the families. The population of Newtown is 1,977, according to 2013 statistics.