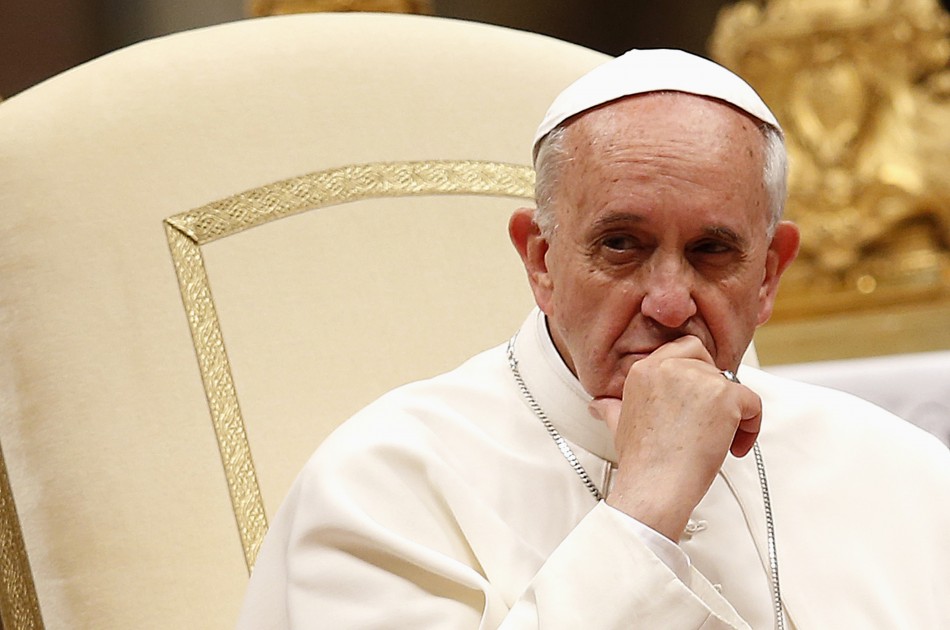 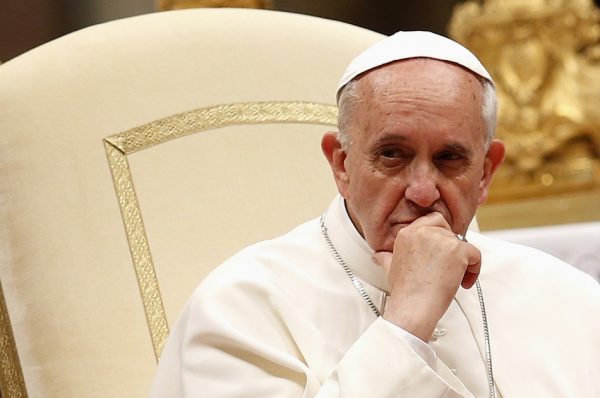 Again, another day of “ranting” emerges, as things have just “stuck in my craw,” as my grandmother would say. Being this “rant” speaks about the Pope of the Catholic Church, I composed this one carefully. Many government leaders see the man as not only “head” of the Catholic Church but as someone who has an insight into Christians as a whole. They count on the Pope to “sway” and “keep in line” the millions of Catholics worldwide to varying states of government. Pope Francis I does his job well.

Being a protestant Christian, the understanding of the structure of the leadership of the Catholic Church escapes me. One man stands above all others in matters of the Word of God and the church doctrine in Catholicism. This requires the man be of unquestionable faith, steadfast in his beliefs, a practitioner of the Word of God, pure in heart and character, just, and beyond reproach in every way. Daresay no man on this earth meets those requirements. The only man on earth who met those requirements received crucifixion so that others receive salvation.

Upon hearing the Pope of the Catholic Church has “pontificated” on climate change, my curiosity peaked. What would a “man of God” say regarding the false narrative of this environmental oppression of any people? Surely, a true man of God would hold to God’s word when speaking about falsehoods — Not this Pope. He took the opportunity to indulge in “incredibly stupid” and show his less than “holy” nature.

Pope Francis I issued an encyclical that interpreted the Bible rather loosely to support a falsehood, sanction government theft in the guise of redistribution, give credence to secular philosophy, and used guilt against those who see the truth in science, while quoting an Islamic poet. The Pope’s encyclical parroted “half-truths” of science regarding climate change. A half-truth remains a partial lie.

The Pope implied that individuals rejecting the “climate change” science as “indifferent to the poor’s suffering, against the protection and enhancement of the poor and underprivileged,” and trying to mask problems through ignoring efforts to mitigate it. In other words, the Pope supports more governmental theft through wealth redistribution under the falsehood of climate change. He ignores one of God’s commandments, “Thou shalt not steal.”

Why doesn’t the Pope order the allocation of vast Vatican resources to the “poor and underprivileged” since he supports theft by government upon others? It is better to give than to receive after all. The Pope should practice what he’s trying to sell to others in regards to the poor and underprivileged if that is what he truly believes. The real question is “what does this Pope truly believe?” His numerous comments and this encyclical touching on climate change suggest his belief isn’t in God or God’s word. Pope Francis I supports the lies coming from the “world government wannabe” — the United Nations.

But, what does this have to do with the Pope? It appears the Pope is aligning himself with the “political” fad of the time against aligning himself with God and God’s Word. He chooses to advocate falsehoods instead of exposing them; he promotes a lie in the name of God. His sin and blasphemy is on full display. One could say Pope Francis I is the “Joel Osteen” of the Catholic faith.

According to Dr. Wei-Hock Soon, “the church knows that many of the predicted catastrophic disasters from the rise of atmospheric carbon dioxide are highly exaggerated if not downright fraudulent. Yet Laudato Si’ gives credence and praise to these predictions by relying on climate models scenarios that have been proven to be false.”

Instead of questioning the science by the UN IPCC, since they admitted falsifying models, and denouncing the falsehood, the Pope encourages compliance with falsehoods. Who can take this man seriously as a devout man of God much less as the head of the Catholic Church? An elementary school age child knows plants require carbon dioxide for growth and sustainment. Evidently, Pope Francis I missed that day in school.

This Pope chastised the journalists at Charlie Hebdo claiming they should know the “limit of free speech” regarding blasphemy. Blasphemy? No journalist there committed “blasphemy”; at least, no definition of blasphemy any Christian knows by doing or saying things against the Lord Our God or Our Savior, Jesus Christ. Did this Pope sanction murder because these journalists cartooned Mohammed? Where was this Pope in calling “blasphemy” against the depiction of a crucifix in a jar of urine or the painting of Mary, the mother of Jesus, covered in dung? Silent as the night Pope Francis I remained. According to this Pope, it’s only blasphemy when criticism of Islam and Mohammed, may camel dung be upon him, occur. He justified his position by saying that if “someone cursed his mother, they would have to expect to get punched.”

There is a big difference between defending the character of someone “with a punch” and committing murder because of a “cartoon.” It’s amazing the man even compared the two. He said freedom of speech has limits when dealing with Islam. In other words, the Pope backs sharia law, the law of Mohammed, may camel dung be upon him, instead of God’s law.

Pope Francis I denied the God-given right of freedom of speech to everyone, reserving it only for heathen cultists, and has now thrown Romans 13 under the bus. He supports a lie while denying truth. Upturning God’s Word, the “leader” of the Catholic Church validates government’s right to theft based on a lie under the guise of government being ordained of God. God only ordains government that does good works and fights evil. Once government becomes evil and wicked, it ceases to be ordained by God meaning the people should resist its wickedness and evilness. In supporting the perversion of Romans 13, Pope Francis I figuratively condemns those who would stand against such wickedness and violation of God’s Word. This is a man of God? This is who Bishops, Cardinals or whoever selected to be the leader of the Catholic Church? It appears the United States is not alone in experiencing “leadership” problems.

In an incredible, unbelievable section of the encyclical, Pope Francis I quoted an Islamic poet. Seriously? The leader of the Catholic Church quoted a poet who follows the teachings of Mohammed, may camel dung be upon him, which encourage murder, pedophilia, rape, kidnapping, necrophilia, female genital mutilation, slavery, misogyny, and oppression.

And, yet again, this “Pope” declared those who manufacture weapons or invest in weapons cannot call themselves Christian. Pope Francis I missed the memo that machetes, used by ISIS to behead “infidels,” are weapons. He forgot that his own Swiss Guard does what… carry weapons. One thing the Pope got right was saying, “duplicity is the currency of today … they say one thing and do another.” Hello? Pope Francis I. Snow White’s stepmother called and asked for her mirror back. This Pope knows about duplicity since he’s been practicing it.

The Pope suffers some type of memory difficulty or either he’s “all there” and chooses to go against God. God endowed every individual with the inherent right of survival — the “right to life.” People possess the innate instinct to defend themselves and their loved ones against harm. The Pope missed that with his “curse my mother and you’ll get punched” comment. I suggest he cease calling himself a Christian since he promotes falsehoods and compliance with government wickedness, supports sharia law of “blasphemy,” basically committed blasphemy, and shows irreverence through his own duplicity.

The “bat guano crazy” fruit tree resides at the Vatican and the Pope partakes and shares of its fruit.

When religious “leaders” succumb to the desires of political yearnings and driven by social motivations instead of upholding God’s Word and Law, these men, who call themselves men of God, cease to be credible and a servant of God. They deserve to be removed from positions to minister God’s word to others. In the case they cannot, faithful followers of Christ should denounce them refusing to give heed to their ministry. Man cannot serve both God and government, when government goes against God and His Laws. Pope Francis I made his choice and it appears it was not God.

What is the Pope getting or expect to get in return for his commission of sacrilege, his violation of God’s word and law, and his sell-out of Catholic Christians and Christians in general? Instead of preparing himself a place in heaven, this Pope secures himself a place in this earthly world in hopes of receiving worldly treasures from governments with whom he aligns. Pope Francis I secures his place among the most corrupt and irreverent Popes in history with his “devotion” to secularism, communism, blasphemy, duplicity and the violating of God’s word.