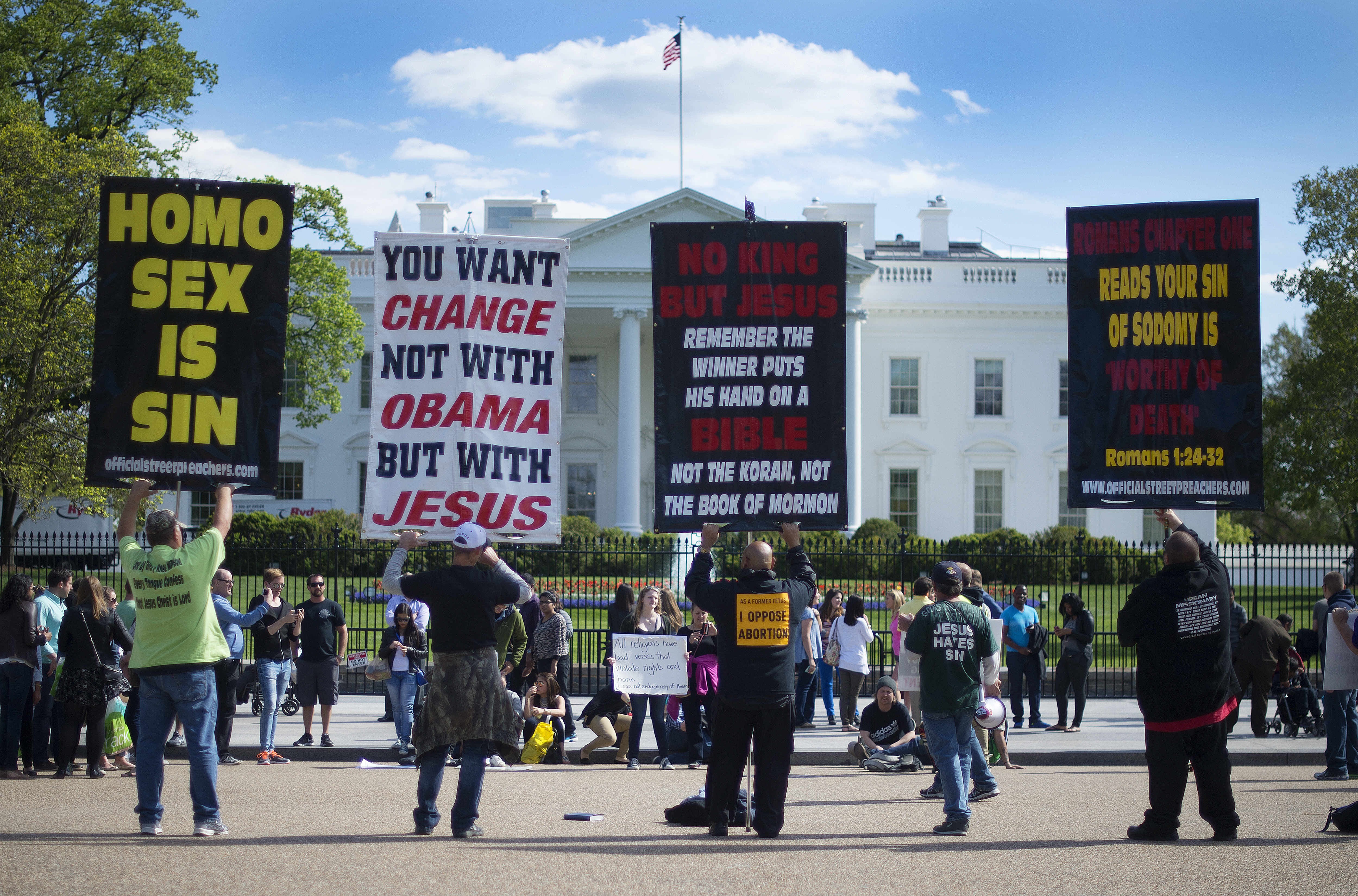 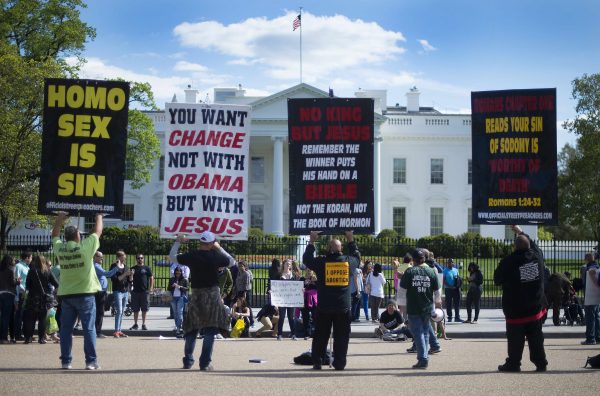 I thought about a different title for this commentary because many websites will not post it because it has the “S” word in the title, but sodomy is a Biblical word. I am not ashamed to call it what the Bible calls it.

The skin is off of the onion. We now know what it is that the homosexuals were after: they wanted “dignity.” Anthony Kennedy used the term “dignity” throughout his entire written decision on sodomy-based “marriage.” I went to the dictionary because, until recently, words had meaning.

DIGNITY—”A way of appearing or behaving that suggests seriousness and self-control; the quality of being worthy of honor or respect.”

There is no dignity in sodomy! No matter what five degenerates in black robes might say, there is no dignity in sodomy. Dignity cannot be bestowed by a court. No judge can make male-on-male sodomy “worthy of honor and respect.” Honor and respect come from within. No man can ever feel dignified as another man violates his anus. It is the ultimate desecration of manhood.

There are several men in my life that I genuinely love and admire. My buddy Norm is my best friend. I love Norm, but I have no desire to engage him in sodomy. I express my love for Norm in many ways, but none of them involve sodomy. Sex is not love and love is not sex. I love my dog…you get the picture?

No judge can ever dignify that. You can call it “marriage” if it makes you feel better, but two men doing despicable things to each other’s bodies can never be dignified. Calling it “gay” does not make it so. Sodomy is dirty; in fact, God calls it abominable. Calling it “gay” is nothing more than trying to dignify what they know to be deviant. They are looking for society to tell them it is OK. It is not. It is abominable. The Supreme Judge said so.

Often, homosexuals try to nullify the Biblical prohibition against male-on-male sodomy by comparing it to eating shellfish or wearing mixed thread robes (see the book of Leviticus). I personally don’t like lobster, but I wouldn’t hesitate to put one in my mouth in public. Some things were meant to go into the mouth…some things weren’t.

Writing about this makes me sick, and I know reading it makes you sick as well, but can you imagine actually doing that? How undignified would you feel while and after having done that?

Going to a church that approves of sodomy does not dignify the sin.

PROFANE—”To treat (something sacred) with abuse, irreverence, or contempt.” Marriage is sacred.

Marriage is sacred, but many of America’s pastors have profaned it. They have lied to you. Homosexual behavior is vile, abominable, debaucherous, perverse and deviant.

So, now those who practice sodomy have looked to the perverted judges for dignity. What they fail to understand (or choose to ignore) is the fact that the courts have neither the power nor the authority to dignify such perverse behavior. No court decision can possibly give dignity to men who service other men.

Picture Elton John and his partner “making love.” Would that look dignified to you?

Homosexuals hate themselves. It is so sad. They wish they weren’t trapped in that sin, but validating the behavior simply will not dignify it. I hate what homosexuality does to the soul of a man. I absolutely hate it. There is no way to dignify it. Only Jesus can help. He will give you your dignity back.

Dignity comes from within. Dignity can never come from doing what one knows to be wrong.

I fully understand that I’ll be criticized for writing so graphically and many will be offended by my words. That’s OK—we should all be offended by what homosexuals do. It is not them I hate…it is their behavior!

Someday, speaking frankly and candidly, as I just did, will get me thrown in jail, and someone in jail may try to sodomize me. That wouldn’t be love or marriage; that would be an attempt to steal my dignity. But that won’t work. My dignity cannot be stolen.

When that day comes, I will put that orange jumpsuit on with my dignity still intact.