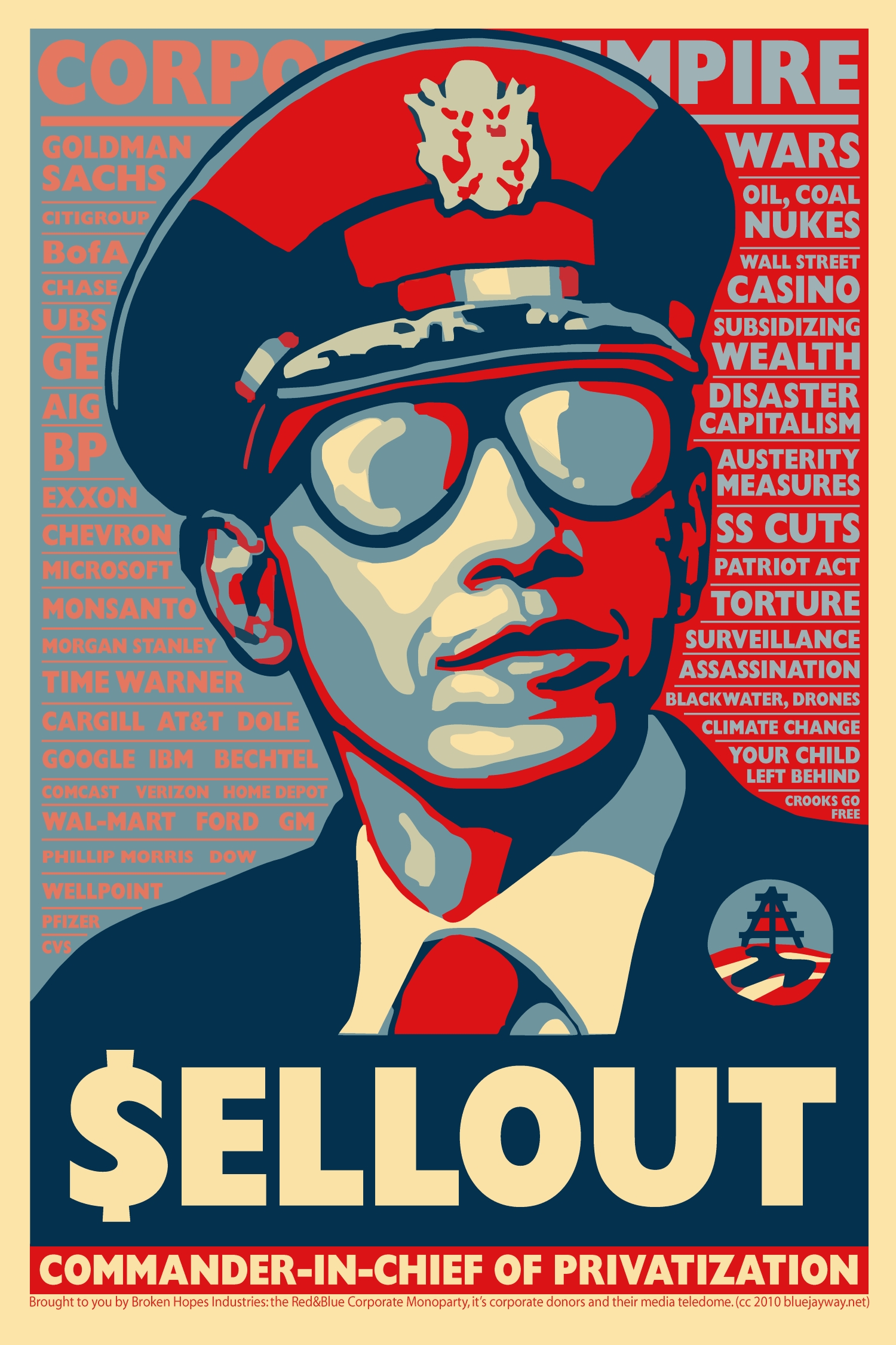 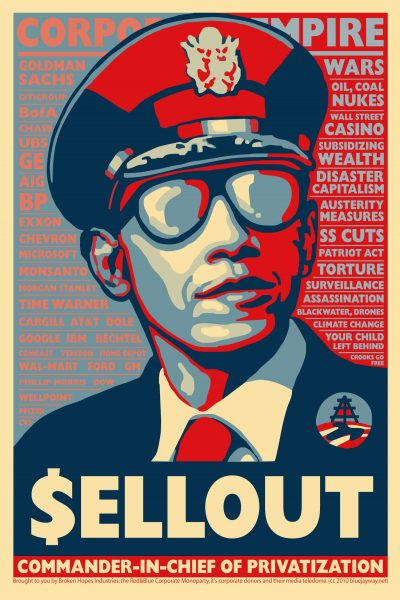 It is official. There can be no doubt that the majority of individuals sitting in the District of Corruption, including the Supreme Court, have some type of neurotransmitter imbalance, been taken over by aliens, or become possessed by demons. If only those were the case since a cure exists for those three issues. However, these “people” do not have a neurotransmitter imbalance, nor have they been taken over by “body snatchers” or become possessed by demons. Corporations, other governments, and private individuals bought and paid for each one while Obama used blackmail to produce what Americans witness today — injustice, unlawful and criminal activity, and treason.

Hoping for a day without “ranting” at this point is like the “little princess” deciding she’s not in charge of this household. Yeah, that’s never going to happen. Certainly, I am not the only one experiencing frustration so enormous that if I were a mountain, climbers would rush to my house instead of Nepal. Living these days in America is like the sane living in a 1920s mental asylum.

What has set off today’s rant? Well, you name it and I can pretty much rant about it. But, for the sake of my blood pressure and length of the read, I’ll focus on Obamacare subsidies being upheld, the “marriage” ruling by the Supreme Court, and the Trade Promotion Authority.

Obamacare. It boggles the mind that people still actually support this nightmare after information surfaced exposing this sanctioned, “lawful,” rape of the American public, which will eventually lead to a single payer system read “socialized medicine” and rationed care. If you as a citizen do not purchase this health care insurance like the government declares, you will pay a “penalty,” tax or whatever term they decide to call the extortion perpetrated on the public.

Oh wait, there’s a burp in that “law” about subsidies only applicable to those who purchase through exchanges “established by the states”; but, no matter. Here come the Supreme Court Justices, aka Politburo, which through magic and sorcery changed the meaning of words and subsequently the law — outside their scope. Move over Congress. The Supreme Court, along with “His Lowness,” makes law now too. To preserve the legacy of tyranny by “His Lowness,” the Court backed up the Arab Muslim King wannabe. No opposition will be forthcoming from the governors of the States as the federal government bought and paid for them as well through bribes, blood money, and blackmail. The Supreme Court told every US citizen to “suck it up, Buttercup.”

While the left jumps and cartwheels all over the place in joy, their tune will change when they are denied care or the authorities deny a loved one when rationing starts. When premiums become exorbitant, and they will over the years, the government will shove the single payer socialized medicine model through declaring “it’s our only choice at this time” — that is, if this country lasts that long as a nation.

The Supreme Court, in another display of stellar “constitutionality,” says that sodomite “marriage” is a “right.” For the life of me, someone point to somewhere in the Constitution that says “marriage” of anyone is a right. I cannot find it. Do not use the Fourteenth Amendment either. Everyone perverts that one amendment from its original intent to include anything and everything someone imagines as a “right.” Since the beginning of time and creation, marriage has been the “union of one man and one woman.” God declares it so. Humanity complied.

What the court has said boils down to this. “The government, instituted by men, is over-ruling thousands of years of civilized life. You see, God is wrong. The Bible is wrong. We are government and we are supreme. States aren’t competent enough nor are the people to determine the definition of marriage or anything else.” Writing that almost made me puke. It’s what they are telling every US citizen and every resident of this nation through their ruling.

This decision boils down to another “enslavement” of the states and the people, without firing a shot, to the will of the government by nine black-robed traitors. They ripped the Tenth Amendment. The people lost the right to determine the definition of marriage — which God already defined and this nation’s citizens upheld through the State Constitutions that has remained unchallenged until “His Lowness” assumed power. Well, rumor has it Obama engaged in homosexual activities in his youth and Michelle is a “tranny,” which explains his support.

Every Christian individual in this nation lost his or her guaranteed First Amendment right to the free exercise of religion, meaning the Supreme Court “established” through attrition the government has authority over recognition of religious beliefs. Congress did not have to make a law establishing religion; they didn’t need to as it appears all branches can make law now. The States will support it or face the wrath of the “almighty” federal government. In other words, Christians got the middle finger from individuals appointed to a bench and our elected government.

Churches will be “forced” to marry sodomites, as that is the sodomite “right,” or face punishment at the hands of the central government while the sodomites file a discrimination lawsuit for money damages. Religious freedom will not be a defense because of the Supreme Court ruling. As a Christian, you no longer have the right to exercise your religion freely by practicing what the Bible teaches — government now has authority to deny you your religious belief. An individual cannot profess to be a Christian and support sodomite “marriage” as the Bible does not recognize it, God condemns it and He warns against sodomite sin. So, the churches have choices to make.

If the Bible is wrong, according to the Supreme Court, on marriage, what else about the Bible government will declare is wrong? Is God wrong on “Thou shalt not steal,” “Thou shalt not murder” or having no other god before Him and condemning the worshipping of idols? Not at all. The “justices” are playing being the divine, picking and choosing what is or is not a “law of nature and of nature’s God.” These “justices” did not like God’s law so they, in their mind, “fixed” it.

Congress passed the Trade Promotion Authority. It comes as no surprise there as blackmail placed key members of Congress into Obama’s back pocket. Obama, may puke fly in his face, can now negotiate the US away through the Trans-Pacific Partnership to the corporations that have paid him and Congress well to do so. Congress gets a perfunctory “up or down” vote. Whoopee.

Six hundred corporate executives formulated this fiasco called TPP. They drafted it, know what is in it and revise it to their whim; however, neither Congress nor the people can read it or review it in its entirety even though we are expected to abide by it. What part of tyranny do people not get with this?

The TPA affects the Trade in Services Agreement and the Transatlantic Trade and Investment Partnership as well. Congress, in a stellar intestinal movement, awarded Obama the authority to sell out America as planned. This entire bin of garbage known as the TPP remains secret for the next six years should it be accepted. Yep. That’s right. No one will know exactly what is going on for six years. So much for transparency in government. Corporations become the government under these “free trade” abominations.

Has anyone truly connected the dots yet? Obamacare, slated to fail and morph into socialized medicine under a single payer system, leads to central government control of health care resources. Sodomite “marriage,” now a right thanks to the Supreme Court, overruled the Tenth Amendment meaning central government dictates more to the people and States. In addition, the TPA, which might as well be a green light for TISA, TTIP and TPP, authorizes Obama to negotiate “free trade” agreements that further damage our economy and sell out the sovereignty of our nation and citizens to corporations and to declare allegiance for a one-world government. Let that sink in.

The Supreme Court just ruled that part of the First Amendment is nil and the Tenth Amendment void. No longer will the government tolerate States having a “republican” form of government. The Supreme Court declared central government decides what is a “right” and who has “rights.” They declared a central government controls the granting of rights and declared government has authority to determine recognition or denial of religious beliefs. Yes, I know they don’t have that authority; but, do you see anyone stopping them? How long will it be before the rest go? “His Lowness” and “his sheriff” are busy working on unilateral, executive gun control laws. The government disposed of some others rights quite a while ago.

Anything and everything that is contained in the Constitution, including the Bill of Rights, is up for “revision” or “repeal” under all these so-called “free trade” agreements, which is a lead-in to one world government. Ever wonder why they keep throwing around the term “world economy?” It is a ploy to get people of the US into the “world” mindset. With the Supreme Court traitors establishing government as the “supreme” authority, it sets the stage for the one world government to assume control — the ushering in of totalitarian rule without the recognition of God-given individual rights, the ability to self-govern or the ability to defend against tyranny.

Money and blackmail buys whatever and whomever. It bought the US government, Congress and the Supreme Court (In)Justices — all the key players needed to destroy the Constitution. If Congress does not approve TPP and the other “free trade” agreements, it will shock me. But, with the Jade Helm “exercises” beginning July 15, the Supreme Court rulings and Congressional actions ring less of coincidence and more of strategic planning.