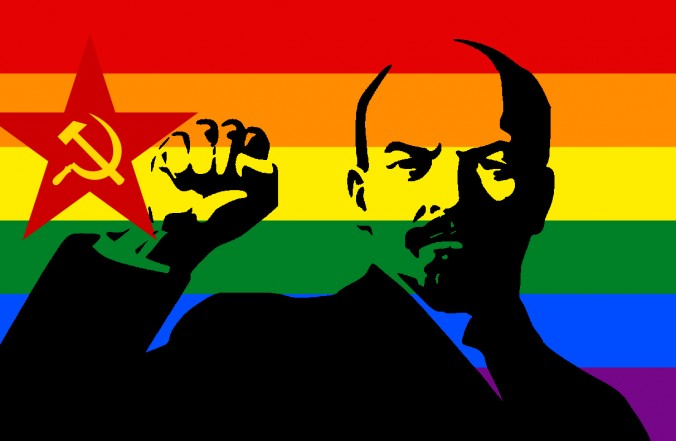 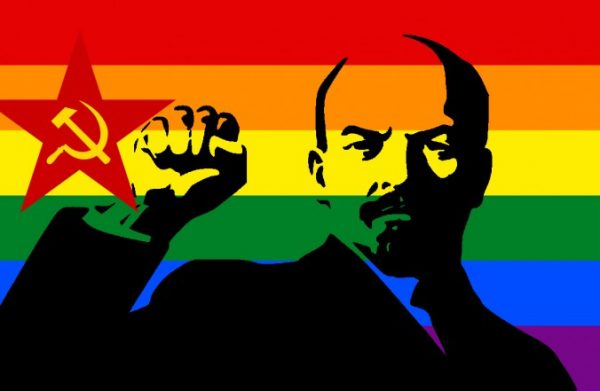 While I have written many articles on the topic of the 45 communist goals, it can’t be stressed enough that achieving “marriage equality” for homosexuals was definitely one of them. The Supreme Court’s decision on Friday, June 26 was no surprise to many of us, and in many ways it was used to continue the moral degradation of our society.

The Obama Administration, as surely we have all seen by now, took the pleasure of flaunting their victory by posting pictures of the White House lit up with the colors of the homosexual’s rainbow flag. This was a “stick in your face gesture” as they know that the vast majority of Americans disapprove of the homosexual agenda, and there is an agenda. This was also a symbolic gesture in the eyes of the left because they view this as the replacement of the old culture with a new one. It was no coincidence, in my opinion, that this redefining marriage decision happened at the same time there was all out war declared on the confederate flag. We are, after all, dealing with communists, whose entire agenda revolves around breaking down the moral standards by which many of us live our lives.

Make no mistake America, this ruling pushes the United States one step further away from liberty, and one step closer to all out communism. Many people have a difficult time understanding this concept; after all, granting protection to homosexuals to “marry” allegedly embodies the ideals of liberty and justice for all. This is a misguided worldview, what it actually does is open the floodgates to the depravation of humanity, as I will explain in this article. From the 45 communist goals, which were entered in to the congressional record in 1963:

25) Break down cultural standards of morality by promoting pornography,
and obscenity in books, magazines, motion pictures, radio and TV.

26) Present homosexuality, degeneracy, and promiscuity as “normal,
natural, and healthy.”

One of the main goals of communism has always been the destruction of the Judeo-Christian worldview. Man will not allow himself to become subservient to an all-powerful state as long as he believes in, and follows the Laws of God. The Bible commands us to follow God’s Law and not the ways of men. So, in order to enslave the mind, belief in God must be discredited. The communists don’t care about marriage equality; the issue is used as a means of demoralizing society. In fact, it is not at all uncommon for communist regimes to brutally oppress homosexuals, if not outright murder them. Many people find themselves wondering why the left is silent as Islamonazi’s continue to throw accused homosexuals from rooftops, and burn them alive. It would seem that any organization truly dedicated to special rights for those who engage in sodomy would acknowledge these atrocities while pointing out the safety most homosexuals enjoy in the United States. The goal, as mentioned previously, is not to give sodomites equal rights, but to demoralize society in order to make us susceptible to an all-out communist takeover. In order to do this, religion must be destroyed.

This was admitted by one of the leaders of the homosexual rights movement. Homosexual activist and journalist Masha Gessen admitted in a radio interview that the goal is to destroy the institution of marriage, nor become a part of it. She admits that the whole argument being made to push their agenda for equality is a lie, and what they truly seek to do is destroy traditional societal values.

Here is what she recently said on a radio interview:

The institution of marriage is going to change, and it should change. And again, I don’t think it should exist. And I don’t like taking part in creating fictions about my life. That’s sort of not what I had in mind when I came out thirty years ago.” Illinois Family Institute

Again, this is a concept many people have a difficult time understanding. The goal is to completely remake society in the image of communism. Sadly, these homosexual activists fail to realize that they are no more than “psychopolitical dupes,” or useful idiots being used to push an agenda that in the end will strip them of all humanity as well.

To understand this further we need to once again, refer to the Soviet Manual on Pyschopolitics. The whole communist agenda can be best summed up saying that they are attempting to label America as a sick society in need of mental healing. For centuries, men looked to the clergy in order to solve problems of the mind and spirit. Communists despise this because they want to rule over man, and as mentioned previously, men who follow Gods laws cannot be ruled by men. Consider this quote from page 60 of the Soviet manual.

The attack on Christianity is in full swing in almost all aspects of our culture. The homosexuals are being used in an effort to label Christians as being bigoted and homophobic while simultaneously tearing at the moral fabric of our society. Unfortunately, as many of us are well aware, the same-sex “marriage” issue is just the beginning and it is the symbolic “slippery slope” leading to the unimaginable. In my book, “Not On My Watch: Exposing the Marxist Agenda in Education,” I included some text from a research paper I did while in the Masters of social work program at the University of Oklahoma. The social work agenda is big on homosexual rights, and in social work education, the issue of heterosexual privilege is synonymous with white privilege. Heterosexual privilege is defined as:

Benefits derived automatically by being (or being perceived as) heterosexual that are denied to gays, lesbians, bisexuals, queers and all other non-heterosexual sexual orientations.

To be against homosexuality is now viewed as a bigoted position. Those who enjoy the benefits of marriage are now considered the oppressors of those who are allegedly being denied these privileges. This spans well beyond the scope of just same-sex “marriage” as the issue of pedophilia is making its way into the main stream.

If you remember, not too long ago Rutgers-Camden professor Margo Kaplan declared that pedophilia is not a crime, rather a condition one might be born with. This is how the argument was made that homosexuality might in fact be normal. She also declared that pedophilia should be considered a human right because people who identify as having sexual orientations towards young children are often marginalized because they have to keep these orientations to themselves.

Many people have warned that the issue of same-sex “marriage” would open a floodgate; well that floodgate is indeed open. The efforts are well underway to repeal the age of consent laws, as was the topic of my research paper, and to redefine the term pedophile with the term “minor attracted person.” The overall goal here is to normalize sex with children. In fact, in 1998 the American Psychological Association issued a report claiming that child sexual abuse was not as harmful to children as previously believed. Also, they went on to suggest that sexual relationships between men and young boys could actually develop into strong caring relationships. Furthermore, they suggested that harmful effects from sexual abuse would only result if the child was forced into having sex with an adult, not if the child chose freely to do so. This is sick beyond comprehension; however it serves as further proof of a communist agenda. Once again we need to refer to quote from the Soviet Manual, page 62.

“Technical papers should exist as to the tremendous number of cures effected by psychiatry and psychology, and whenever possible, percentages of cures, no matter how fictitious, should be worked into legislative papers, thus forming a back ground of evidence which would immediately rebut any effort to actually discover anyone who had ever been helped by psychiatry or psychology.”

What this quote is essentially admitting is that communists lie. They have subverted every aspect of our culture and submit false evidence that attempts to discredit the Judeo-Christian worldview and turn the minds of men towards communistic solutions, through the social sciences. Issues that can be disguised as human right struggles are being used to actually denigrate society in an effort to demoralize the nation, making us ripe for conquering. Homosexual rights, the “black lives matter” campaign, racism, feminism and wealth inequality are all being used in this manner, and the activists pushing these issues are nothing but the proverbial “useful idiots” of our time. If we do not reverse course now, we will certainly follow the same path as other communist countries before us. Once men have become completely demoralized they no longer have a leg on which to stand to defend their nation.

To learn more about the psychopolitical agenda and communist indoctrination, check out my book “Not on my watch: Exposing the Marxist agenda in education.”

David is a freelance writer and researcher. David served in the United States Marine Corps from 1995-1999 and the US Army from 2001-2006. In addition to contributing to FreedomOutpost.com, he writes at Radical Conservative. Follow David on Twitter.