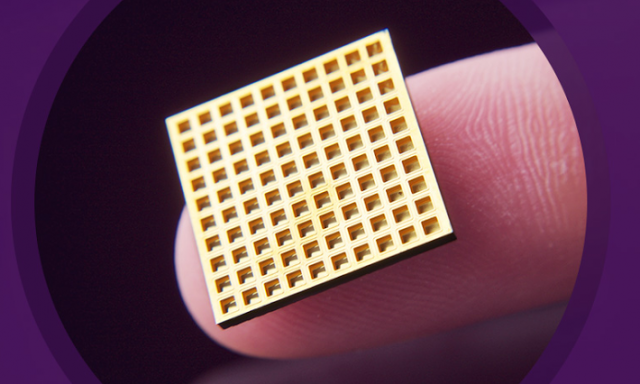 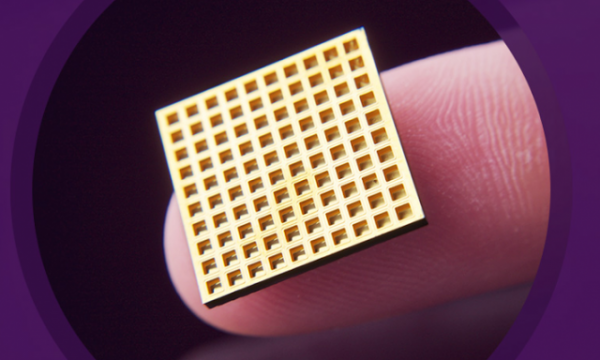 A pharma company with generic drugs meets microchip and biotech in a marriage of implantable devices that are shockingly close to the finish line of commercialization.

Deals were made. Money exchanged. Development in process – this is actually going to happen.

Is this the next phase of The Singularity? The complete bypassing of pills, injections – things that one actively chooses and takes – to a passive acceptance of remote controlled wireless chips quietly and somehow pumping substance for up to 16 years? Or is it more public relations for the long-time push for the coming ”brain chip”?

But first to roll out will probably be the wirelessly controlled birth-control implanted device backed by the Bill and Melinda Gates Foundation.

…Earlier this month, MIT spinout Microchips Biotech partnered with a pharmaceutical giant to commercialize its wirelessly controlled, implantable, microchip-based devices that store and release drugs inside the body over many years.

Invented by Microchips Biotech co-founders Michael Cima, the David H. Koch Professor of Engineering, and Robert Langer, the David H. Koch Institute Professor, the microchips consist of hundreds of pinhead-sized reservoirs, each capped with a metal membrane, that store tiny doses of therapeutics or chemicals. An electric current delivered by the device removes the membrane, releasing a single dose…

Now Microchips Biotech will begin co-developing microchips with Teva Pharmaceutical, the world’s largest producer of generic drugs, to treat specific diseases, with licensing potential for other products. Teva paid $35 million up front, with additional milestone payments as the device goes through clinical trials before it hits the shelves.

Langer was apparently inspired in the 1990s by microchip manufacturing to make a new drug delivery system. Cima, a chip-making expert had said, “…being out-of-this-world is not something that needs to stop anybody at MIT – In fact, that should be the criterion.” Cima recalls the early trial-and-error process saying, “We were trying to find the killer application. We thought, ‘I have a hammer, what’s the right nail to hit?’” Human trials for the wireless capabilities actually took place in 2011 – then Gates got involved.

The Techswarm report goes on:

Do you hear that? Non-adherence won’t be tolerated because someone or something else will be calling the shots, so to speak… According to a supportive report by the Annals of Internal Medicine, the estimated unnecessary health costs of people who don’t stick to their meds is up to $100 billion to $289 billion annually.

Incidentally, that report goes on to say that a failure to follow prescriptions causes around 125,000 deaths annually and up to 10 percent of all hospitalizations. Is that on top of the 200,000 or so annual deaths caused by FDA-approved prescription drugs and more from the 200,000 – 400,000 annual deaths from medical mistakes at the hospital? (source)

Then we have the kicker – the first device likely to roll out:

While its first partnership is for treating chronic diseases, Microchips Biotech will continue work on its flagship product, a birth-control microchip, backed by the Bill and Melinda Gates Foundation, that releases contraceptives and can be turned on and off wirelessly.

Cima, who now serves on the Microchips Biotech board of directors with Langer, sees this hormone-releasing microchip as one of the first implantable “artificial organs” — because it acts as a gland. “A lot of the therapies are trying to chemically trick the endocrine systems,” Cima says. “We are doing that with this artificial organ we created.”

Do I really need to point out that it might not be a good idea to allow an organization that strives for depopulation to remote control women’s decision whether or not they can conceive? Listen to the proud men who would be gods – it’s been a long time dream of upper-echelon scientists to replace and “improve” the glandular system. It began with attempts to sew animal parts into human glands in the early 20th century, funded by Big Oil. Isn’t it coincidental that one of the biggest health crises facing Americans is glandular dysfunction – including infertility?

Also, is this not an all too real metaphor for alchemy? Gold alloy for “this artificial organ we created”?

So there we have it, three or so avenues with which the “new medicine order” will be rolling out devices that mesh us with nanotech, biotech and wireless tech all in one. Who needs individuality and choice when one can let someone else take the medical wheel – from some remote location…