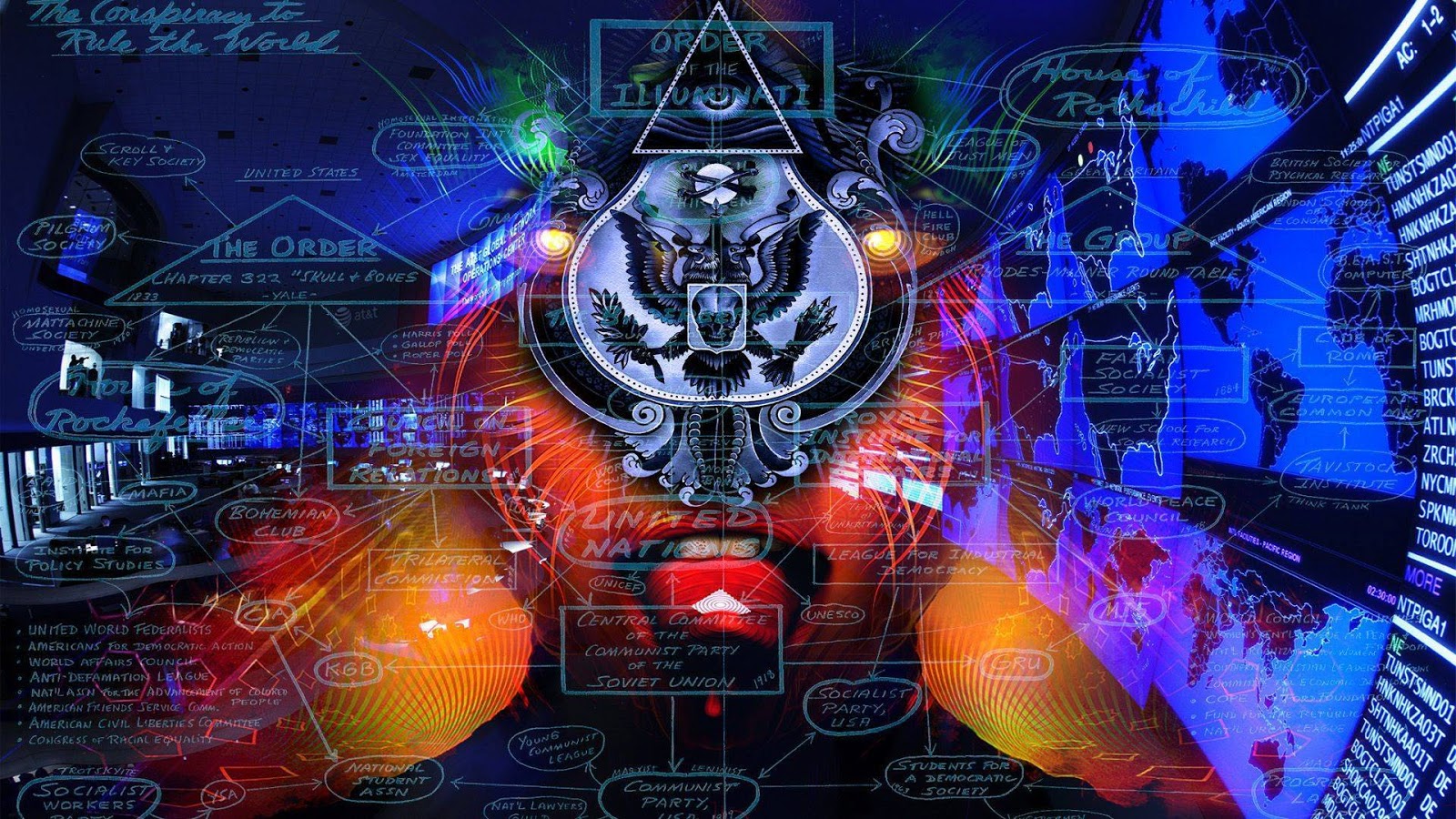 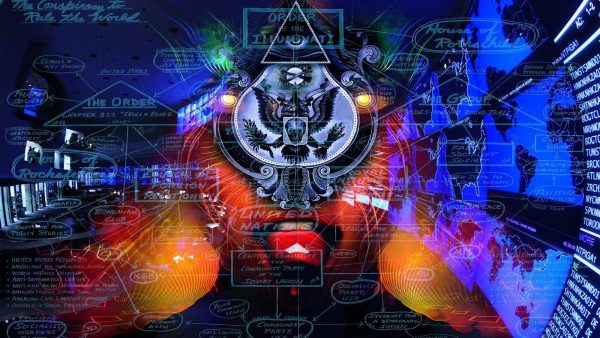 I believe there is a plan for destroying America, that it exists on paper, and that thousands of people are involved in executing it. Many are doing it knowingly, some are being used as pawns, and others are being bribed for their silence. It’s based on greed, built on power, and fueled with hate. And it’s the biggest damn conspiracy in the history of the world.

Watching events unfold in America and around the globe since 2008, it is undeniable that this blueprint for destruction was readied to hit the ground running as soon as Obama took office. It’s dependent upon disruptive ideologies, social science, and metrics. It’s Saul Alinsky on steroids.

Yes there were many factors in place prior to Obama taking office – systemic brainwashing in academia, United Nations tentacles reaching into small-town America etc. But the election of 2008 was D-Day for the progressive’s plan of fundamentally transforming America. With the executive branch in their control, they could begin using the highest powers in the land to change the face of America. With the Department of Justice, the State Department, the FBI, CIA and the Supreme Court at their disposal, they had carte blanche to commence the attack. There was just one more thing they needed: tech savvy.

By 2011, the president was meeting with America’s wealthiest internet entrepreneurs, supposedly under the guise of a “technology summit” aimed at creating new jobs. Reporters were banned from the event, but a White House photo showed the group “toasting the future.” It remains one of the most chilling photo’s I’ve ever seen: a tyrant building a coalition of power in order to make use of the technology least understood by the average American.

One might wonder what kind of fruit this meeting bore. We didn’t have to wait long find out.

Most people don’t remember Carol Davidson, the head of integration and media targeting for Obama’s 2012 campaign. She appeared in a Fox News Special titled, “Your Secret’s Out” – a program that only touched the tip of the iceberg in explaining how Obama’s campaign used multiple analysts to target and analyze Americans on an unprecedented scale. The goal of this huge data mining operation (a.k.a. “big data“) was to figure out people’s likes, dislikes, television and social media habits, cultural and religious values, propensity for activism …basically what makes them tick. Once they figured that out, they could predict what kind of bait to use to attract them. Once lured, they were categorized into a group; said group could be manipulated into voting a certain way. Basically it was the largest spy ring ever established, and it’s still operating under one guise or another today.

What is Carol Davidson doing now? This past March she gave a lecture titled, “Disruptive Technologies for Social Impact.” So what is “disruptive technology?” (Bear with me.) The simplest explanation is to say that the laptop was a disruptive technology to the typewriter. One could argue that that wasn’t disruption, but innovation. Not so fast. Forbes Magazine had this to say:

“Innovation and disruption are similar in that they are both makers and builders. Disruption takes a left turn by literally uprooting and changing how we think, behave, do business, learn and go about our day-to-day. Harvard Business School professor and disruption guru Clayton Christensen says that a disruption displaces an existing market, industry, or technology and produces something new and more efficient and worthwhile. It is at once destructive and creative.”

(Forbes describes Christensen as the Harvard grad who introduced the term “disruptive innovation” to explain that “cheaper, simpler or unexpected products and services can bring down big companies like U.S. Steel, Xerox and Digital Equipment.”)

What if you wanted to employ the same tactics to bring down…say…a country? Do you see where we’re going with this? The same concept is being used today in liberal social engineering. Social engineering encompasses influencing popular attitudes and social behavior on a mass scale. The liberal’s aptly named “progressive” attitude is aimed at disrupting established societal norms and replacing them with something “more efficient and worthwhile”; destructive yet creative. It’s called “disruptive ideology” and it’s out to destroy Christianity, morality, the economy, and the Constitution. It’s out to destroy order and create chaos.

Then, like a corporate board meeting, they analyze their metrics to measure their success after every situation they exploit. They learn from their mistakes and tweak their strategies for the next event.

With a Marxist-loving, community organizing lackey at the helm, liberals were able to execute their plans on many fronts simultaneously. Internationally, they perpetuated chaos and fomented revolution resulting in the Arab Spring. It was no coincidence that nearly every Middle Eastern country descended into chaos after Obama took office.

A case can be made that Obama’s ignorance and lack of experience in international affairs has led to global chaos; but since his goals and worldview differ so radically from traditional Americans, that case is nearly irrelevant. One need not know how to keep a car running if one’s intention is to drive it off the cliff.

On the domestic front, a series of plans were already in place for multi-pronged attacks on American culture. Anything not in the original plan fell into the category of “disruptive opportunity” as they took advantage of unanticipated events to further their agenda. Some of the larger goals have been obvious:

The list goes on and on — from Obamacare to Obamatrade. They’re all filed under “O” — for Oppressor.

Bill O’Reilly stressed, on numerous occasions, that he doesn’t “think (Obama is) trying to injure people. The hard right thinks he’s a Communist and wants to destroy the Republic. That’s what they think. I don’t think he wants to injure people.”

O’Reilly and every other talking head that spewed the same insane naivety are dead wrong. I don’t doubt for one minute that this administration doesn’t have multiple task forces established to attack every aspect of traditional American culture. (It’s time to send someone to break into the Watergate building again and get the dirty Democrats master plan.)

Of course, Obama is not working alone. He’s a minion of the maelstrom — working for the global community, the United Nations, Islamists, Communists, and America-haters everywhere. They are working together using unpaid academic advisers, a consortium of behavioral scientists (COBS), the mainstream media, and the internet, to brainwash and manipulate the American people. (They are the psychiatrists; we are the inmates at the asylum.)

What we can’t understand is why the planned destruction of America wasn’t apparent to those inside the beltway who had the power to take drastic measures to stop it. Yes filibuster. Yes shut down the government. Yes impeach. Do whatever you have to do, but stop it. Only a handful did anything. The others were pocketing kickbacks, exchanging votes, and taking bribes. We’ll probably never know the grotesque extent of the corruption.

And why wasn’t anyone worth their weight in salt able to anticipate the administrations next move and develop a plan to counteract it? While the Obama administration is busy planning how to exploit the next crisis, opponents are busy trying to analyze the last one-two punch.

It’s time to rewrite Saul Alinsky’s dedication in his book, Rules for Radicals. (You can read the original here if you don’t have it memorized after six years.):

“Lest we forget at least an over-the-shoulder acknowledgment to the greatest radical: from all our legends, mythology, and history (and who is to know where mythology leaves off and history begins — or which is which), the first radical who truly employed disruptive ideology, who rebelled against the establishment and did it so effectively that he at least won his own kingdom — Obama.”

It took us a little while, but we the people have been able to anticipate the administration’s next move better than our elected officials; probably because we have a passionate vested interest in our own demise.

So what’s the next big event? Islamic terror on the Fourth of July with Obama urging everyone not to blame a few misguided youths? Obama threatening to bomb Israel if war breaks out and she tries to defend herself?

One thing is certain, it’s time to start naming the names of everyone that aided and abetted in the destruction of the country thus far. If we ever recuperate enough to hold something akin to the Nuremberg trials, they will need to be held accountable. If not, they are destined for judgment in front of that Christian God they hate so much. Won’t they be surprised?