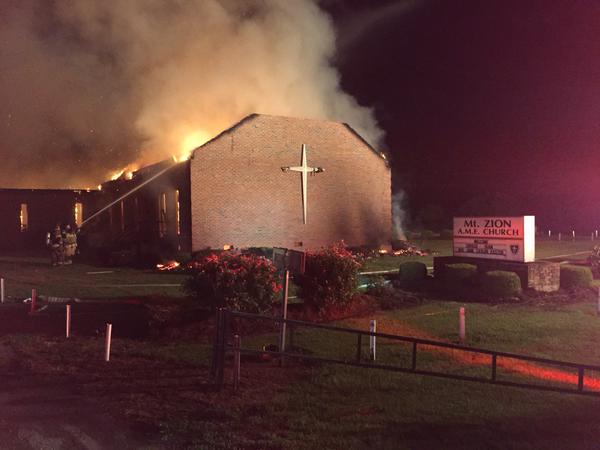 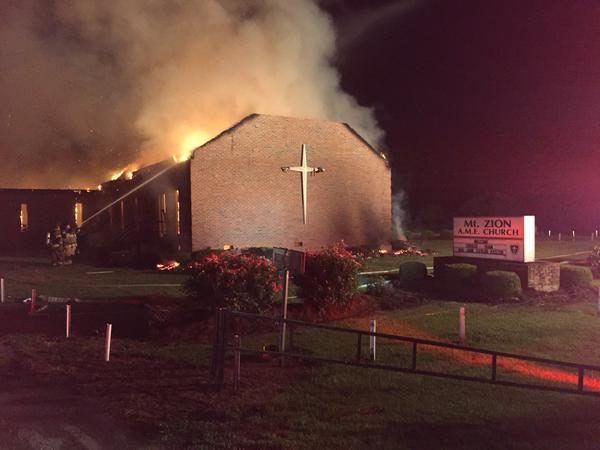 Media focus on has helped to reopen old wounds on race, with people reacting to news about police killings that were allegedly motivated by race, with mass murders at historic black churches, and now a string of burning black churches.

There is technique here. Inciting hatred has a tendency to spread and boil over… and then distract from the real issue.

RIGHT NOW: ATF on scene of the church fire at Mt. Zion AME in Greeleyville SC.

Reports of the most recent events, like this one from Reuters, make clear what will remain the focus of media and popular attention for some time – race and violence:

An African-American church in South Carolina that was burned down by the Ku Klux Klan 20 years ago was the scene of another blaze on Tuesday, officials and a newspaper said…

The fire at Mount Zion African Methodist Episcopal Church in the city of Greeleyville comes amid a rash of fires that have erupted at black churches across the U.S. south, at least two of which have already been declared as deliberate.

It also comes roughly two weeks after a white gunman opened fire inside the historic Emanuel African Methodist Episcopal Church in Charleston, 65 miles (105 km) away, killing nine people during a Bible study. All the victims were black.

With racial tensions at the forefront… the continued business of decline in American standards of living, and the deterioration of the American way is pushed to the background.

As usual, with people feeding off fear and the media happy with the high ratings of sensationalized violence, terrorism wins – most acutely with its ability to distract from other problems.

System wide, the county is sagging quickly. The Middle Class is crumbling into a strata just above struggle for existence. The jobs are not coming back from offshore, except to the prisons. The onslaught of robotics and AI seriously threatens to wipe out millions more jobs. Low interest rates set by the Federal Reserve are skewing the economy and concentrating wealth for a few at expense of the rest of us. Greece again threatens to explode fragile global finance and set off destruction.

As Michael Snyder, and many others have pointed out, the entire system of financial once again stands over a cliff, and a “red alert” is in order:

Based on information that I have received, things that I have been told, and thousands of hours of research that have gone into the publication of more than 1,300 articles about our ongoing economic collapse, I have come to the conclusion that a major financial collapse is imminent. Therefore, I am issuing a RED ALERT for the last six months of 2015.

What I am attempting to communicate is that we are right at the door of a major turning point. […]

It is my contention that we are in the midst of a long-term economic collapse that has been happening for many years, that is happening as you read this article, and that will greatly accelerate over the coming months. (read more)

But this new collapse may catch people unawares.

The anger at the bankers for their role the 2008 crisis and the “Too Big to Fail” bailout scandals – which culminated in ongoing protests against Wall Street – has largely subsided. Attempts to hold the Federal Reserve accountable have not been enough create popular backlash and true change.

Instead, popular outrage is directed at angry  and divisive social issues that may well have been conjured up by professional provocateurs.

People on the streets and online in social media all have something to say about Dylann Roof, Ferguson, police killings, the Supreme Court’s ruling on gay marriage, President Obama’s cult of personality, and so many other issues.

But only a handful in the crowd are discussing the very serious signs tipping us towards a real crisis, of financial destruction that could sink all of us.

What is the breaking point? Read More: