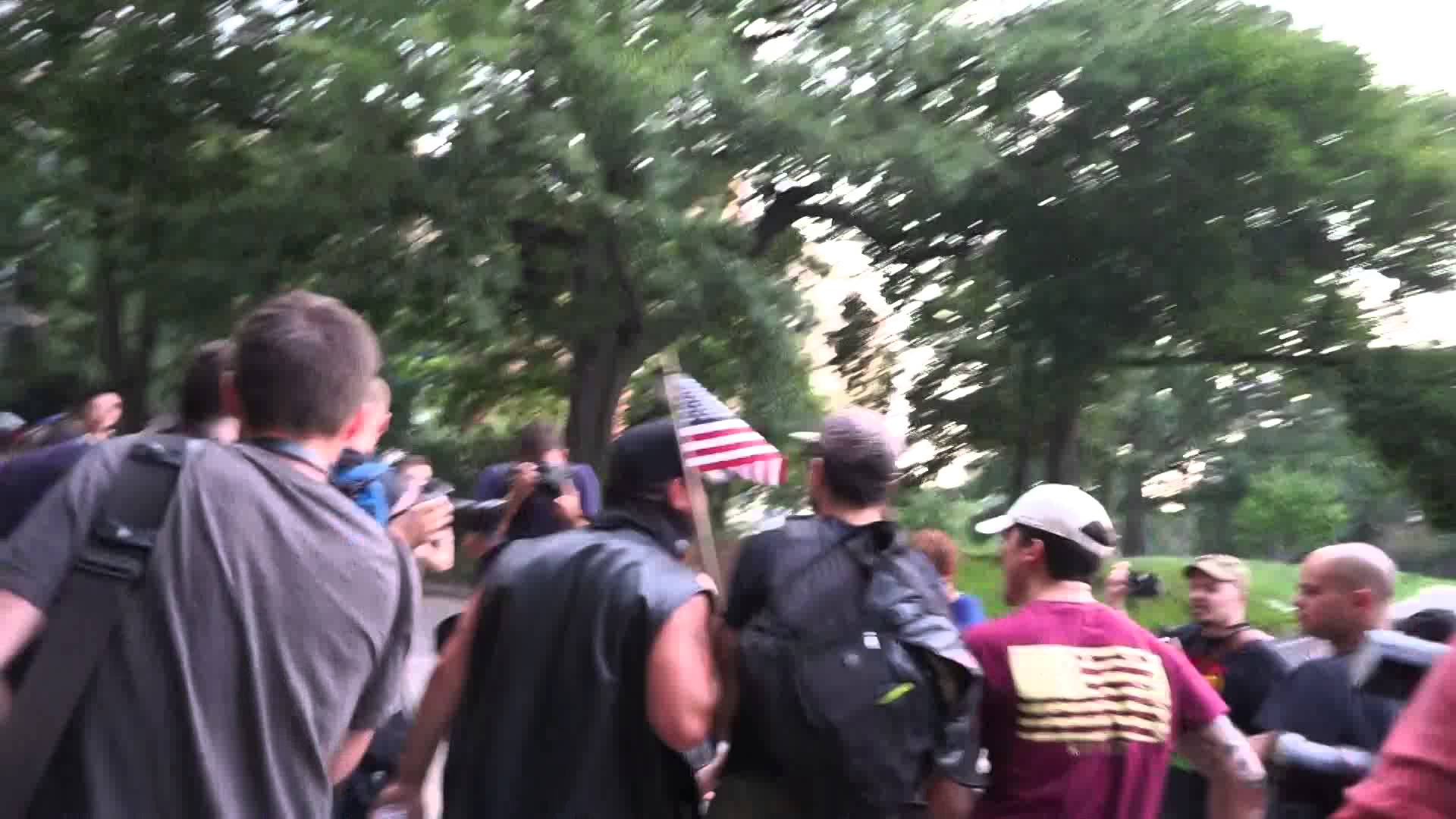 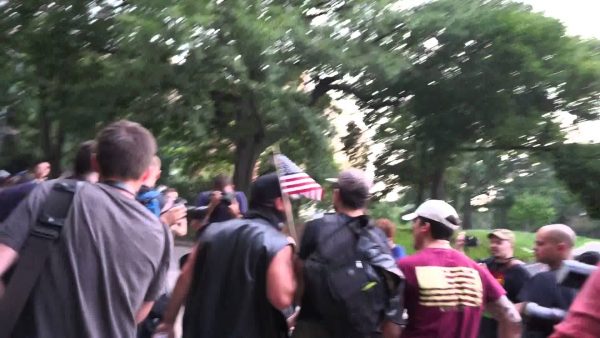 Video footage shows veterans chasing away members of the leftist group Disarm NYPD as they attempted to burn American flags during an event in Brooklyn last night.

Disarm NYPD protesters, an arm of the ‘Black Lives Matter’ movement, announced their plans to burn the flag in Fort Greene Park on Facebook earlier this week, but they were met by a group of around 100 veterans, bikers and other flag supporters.

The leftist group tried to burn Old Glory and the Confederate flag but were confronted by veterans as scuffles broke out. No arrests were made during the incident.

The flag burners wanted to draw attention to “structurally racism” and “white supremacy,” but black pro-flag demonstrators were amongst those who showed up to voice their opposition.

Disarm NYPD members were able to burn the Confederate flag, but as soon as they began to set light to the stars and stripes, they were confronted and chased away.

“Don’t f— with my flag!” one man shouted to the anti-flaggers. “My brothers are buried under this flag! It doesn’t matter what it means to you! If you got a problem with this flag, get the f— out!”

Another video shows the veterans drowning out a Black Lives Matter supporter with chants of “USA! USA!”

Anti-flag protester Amanda Meltzer responded by asserting, “They’re not critically thinking about what that flag represents! It represents genocide, imperialism, and oppression!”

Flag supporter Lawrence Winberry acknowledged that the flag burners had a right to stage the protester under the First Amendment, but that he had also exercised his free speech right to oppose it.

“I wasn’t coming out here to chase anybody,” he said . “I guess we got caught up in the moment. They have a right to burn the flag, but I have a right to say I don’t like it.”

Paul Joseph Watson is the editor at large of Infowars.com