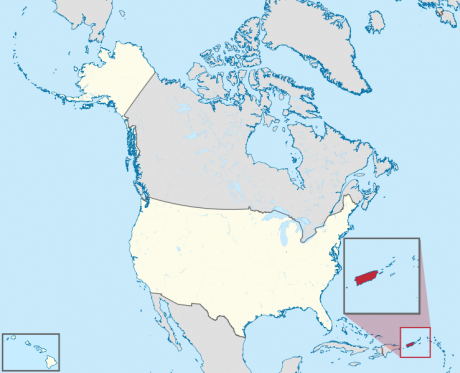 The debt crisis in Puerto Rico could potentially cost financial institutions in the United States tens of billions of dollars in losses.  This week, Puerto Rico Governor Alejandro Garcia Padilla publicly announced that Puerto Rico’s  73 billion dollar debt is “not payable,” and a special adviser that was recently appointed to help straighten out the island’s finances said that it is “insolvent” and will totally run out of cash very shortly.  At this point, Puerto Rico’s debt is approximately 15 times larger than the per capita median debt of the 50 U.S. states.  Yes, the Greek debt crisis is larger, as Greece currently owes about $350 billion to the rest of the planet.  But only about $14 billion of that total is owed to U.S. financial institutions.  But with Puerto Rico, things are very different.  Just about the entire 73 billion dollar debt is owed to U.S. financial institutions, and this could potentially cause massive problems for some extremely leveraged Wall Street firms.

There is a reason why Puerto Rico is called “America’s Greece”.  In Puerto Rico today, more than 40 percent of the population is living in poverty, the unemployment rate is over 12 percent, and the economy of the small island nation has continually been in recession since 2006.

Yet all this time Puerto Rico has continued to pile up even more debt.  Finally, it has gotten to the point where all of this debt is simply unpayable…

Steven Rhodes, the retired U.S. bankruptcy judge who oversaw Detroit’s historic bankruptcy and has now been retained by Puerto Rico to help solve its problems, gave a blunt assessment on Monday.

Puerto Rico “urgently needs our help,” Rhodes said. “It can no longer pay its debts, it will soon run out of cash to operate, its residents and businesses will suffer,” he added.

This is why I hammer on the danger of U.S. government debt so often.  As we see with the examples of Greece and Puerto Rico, eventually a day of reckoning always arrives.  And when the day of reckoning arrives, power shifts into the hands of those that you owe the money too.

It would be hard to understate just how severe the debt crisis in Puerto Rico has become.  Former IMF economist Anne Krueger has gone so far as to say that it is “really dire”…

“The situation is dire, and I mean really dire,” said former IMF economist Anne Krueger, co-author of the report commissioned by the U.S. territory, which recommended debt restructuring, tax hikes and spending cuts. “The needed measures may face political resistance but failure to address the issues would affect even more the people of Puerto Rico.”

So who is going to get left holding the bag?

As I mentioned at the top of this article, major U.S. financial institutions are very heavily exposed.  Income from Puerto Rican bonds is exempt from state and federal taxation, and so that made them very attractive to many U.S. investors.  According to USA Today, there are 180 mutual funds that have “at least 5% of their portfolios in Puerto Rican bonds”…

The inability of the U.S. territory to repay its debt, combined with the financial crisis in Greece, would have far-reaching implications for financial markets and unsuspecting American investors. Morningstar, an investment research firm based in Chicago, estimated in 2013 that 180 mutual funds in the United States and elsewhere have at least 5% of their portfolios in Puerto Rican bonds.

It is important to keep in mind that many of these financial institutions are very highly leveraged.  So just a “couple of percentage points” could mean the different between life and death for some of these firms.

And unlike what is happening with Greece, the private financial institutions that hold Puerto Rican bonds are not likely to be very eager to “negotiate”.  In fact, the largest holder of Puerto Rican debt has already stated that it is very much against any kind of restructuring…

U.S. fund manager OppenheimerFunds, the largest holder of Puerto Rico debt among U.S. municipal bond funds, warned the island it stands ready to defend the terms of bonds it holds, a day after the governor said he wanted to restructure debt and postpone bond payments.

What Oppenheimer is essentially saying is that it does not plan to give Puerto Rico any slack at all.  Here is more from the article that I just quoted above…

OppenheimerFunds, with about $4.5 billion exposure to Puerto Rico according to Morningstar, said it believed the island could repay bondholders while providing essential services to citizens and growing the economy. It said it stood ready “to defend the previously agreed to terms in each and every bond indenture.”

“We are disheartened that Governor Padilla, in a public forum, has called for negotiations with other creditors, representing and including the millions of individual Americans that hold Puerto Rico municipal bonds,” a spokesman for Oppenheimer said in a statement.

But Puerto Rico simply does not have the money to meet all of their debt obligations.

So somebody is not going to get paid at some point.

When that happens, those that insure Puerto Rican bonds are also going to take tremendous losses.  The following comes from a recent piece by Stephen Flood…

Now, bondholders are at risk as are the funds which hold Puerto Rican bonds and, more importantly, those who insure them in the derivatives market.

Dave Kranzler, from Investment Research Dynamics has warned that there are signs that the Puerto Rico situation may not remain a local crisis for much longer.

He points out that share prices of MBIA, the bond insurers, have been plummeting. MBIA are valued at $3.9 billion whereas their exposure to Puerto Rican debt is around $4.5 billion. Kranzler reckons their exposure could even be multiples of that figure. A default could wipe them out.

He also points out that the firm’s largest shareholders are Warburg Pincus, the firm to which Timothy Geithner went after his stint as Treasury Secretary, when he helped paper over the chasms opening up in the financial system.

Did you notice the word “derivatives” in that quote?

Hmmm – who has been writing endless articles warning about the danger ofderivatives for years?

Who has been warning that “this gigantic time bomb is going to go off and absolutely cripple the entire global financial system“?

When Puerto Rico defaults, bond insurers are going to be expected to step up and make huge debt service payments to investors.

Investors fear that both firms face the potential for steep losses on their promises to backstop billions of Puerto Rico’s $72 billion of debt.

MBIA’s stock closed down 23% Monday, and fell more than 10% before rebounding Tuesday. By late afternoon, the stock was down 6%. Ambac’s stock fell 12% Monday and was off 14% Tuesday.

So stay tuned, because the second half of 2015 has now begun, and the remainder of this calendar year promises to be extremely “interesting”.