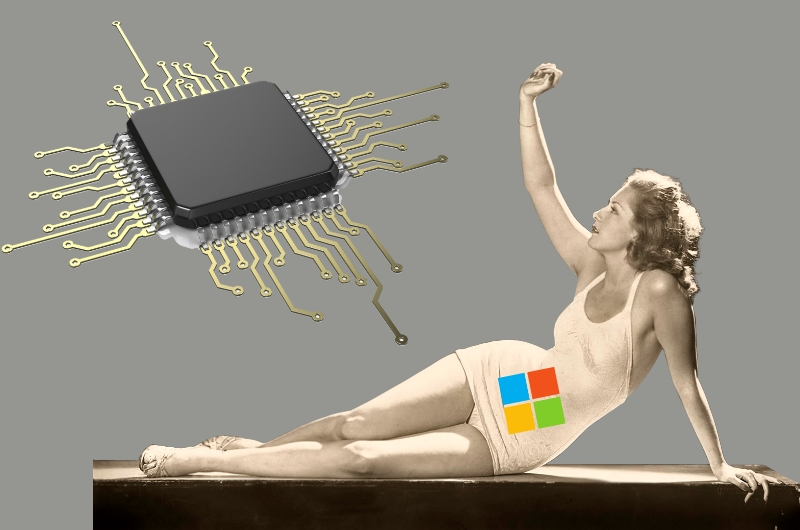 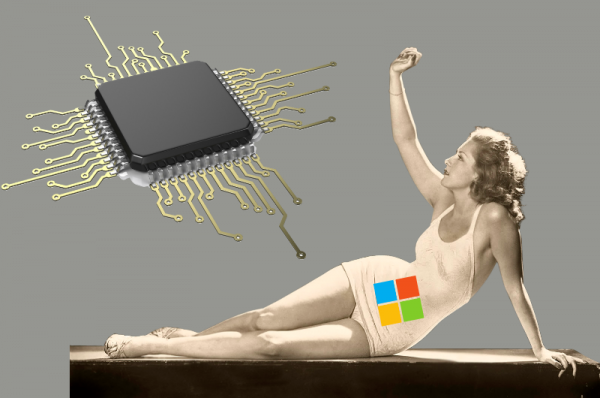 Earlier this week, I wrote about a deal reached that would soon be pumping out medical microchip implants. Meet the new face of medicine that polygamously marries Big Pharma, biotech, nanotech and wireless remote technology. Maybe hooking oneself into the Internet of Things will be an additional app, although this sounds like a passive form of medicine where someone else gets to call the shots, so to speak.

The same developers who are bringing wireless remotely controlled microchip implants are actually focusing on their first flagship product: Gates Foundation-funded birth-control microchip implants. Wireless technology allows the remotely controlled chip to turn a woman’s ability to conceive off or on at will – temporary sterilization. Of course with remote technology funded by eugenics depopulation fanatics, the first questions should always be, “the ability to conceive by whose will?” This would be the complete antithesis of female empowerment or a “woman’s right to choose” – would it not?

The encryption is alleged to be so safe, that cyberhackers cannot break entry – that means you too.

The chip can be implanted into the hip, arms or beneath the back. Mum was the word during the last few years of development until it was finally publicly confirmed that the beta testing for the birth control chip would be starting towards the end of this year. Indeed, human volunteers will be sought for real-life chip testing.

The birth control chip is the brain child of a professor, Robert Langer, from Massachusetts Institute of Technology. Bill Gates and Melinda foundation has funded the research and the prototype is ready for human testing. The chips will be ready for sale by the year 2018 according to Robert Langer. The institute’s Chip Foundation and Bill Gates’ foundation have been working on the birth control chip for past three years.

The chip’s size is 20mm by 20mm by 7mm. The reservoirs of hormones would be stored on a microchip of 1.5cm. The chip’s data would always be encrypted so that others (cybercriminals or hackers) cannot access the information contained in the chip or misuse/alter or destroy it.

The release of hormones will be done by melting a part of solid hormonal stock using a small electric shock which won’t be noticed by humans.

The safety tests would begin by the end of year 2015 and Robert Langer is confident that the chips will hit market sometime in 2018.

As usual, “The main target” for the testing phase of the chips are women in third-world countries. That means African and Indian women will be human guinea pigs, subject to more of Gates’ destructive horrors, like paralyzing nearly 50,000 Indian children with his polio vaccine tests. Or deaths/paralysis in Pakistan and more paralysis in Africa. But, I’m sure they will go back and make sure those women can conceive again, right? No one is admitting who is actually in control of the wireless capabilities of the implant that is allegedly impenetrable by hackers. Who does a woman see to have her ability to conceive turned back on? That would be an important piece of information, correct?

Interestingly, this news came right on the heels of New Zealand academic higher-ups seriously suggesting the temporary sterilization of all young teen girls – at least in New Zealand.

Headlines were simply calling it “free contraception” and recommending the temporary chemical shutting off of young female fertility for society’s sake. No thought whatsoever to looking to solve the source of “the problem” if it even should be looked at so harshly, or to the health of developing teen girls. And just like Gates’ moves in India, no real thoughts go to solving issues of impoverishment which historically, lead to blooming birth rates and medical birth issues. Why better people’s lives when there is so much control in remotely and wirelessly deciding if a woman can conceive?

Pregnancy costs too much….it’s inconvenient…it’s bad for mother and child, and other dehumanizing reasons were given. Ethics, compulsory slippery slopes and STD concerns aside, critics zeroed in on health and environment concerns regarding chemicals. Isn’t it convenient that Gates’ birth-control microchip should launch to save the world from those critiques? Who needs artificial hormones when wireless voltage and gold are there to alchemically or A.I.-chemically create “an artificial organ” through biotech, according to one of its developers. This is where Woman meets Machine to reproduce. Now there is no reason to protest – temporary sterilization for all!

How is that for female empowerment? It requires permission…

This writer’s sentiments align with the anti-eugenics op-ed piece by Leading Edge, that said:

For me, one of the most troubling aspects of this proposal is the way in which it so flippantly treats normal healthy female fertility as if it were something that needs to be shut down or medicated against – like we would a disease, or some other physiological problem.

Indeed, is the human body really worth altering to the point of switching on and off like it’s an inconvenient afterthought? Why go against who you are – you are not a disease. At least you deserve to be thought of as a glorious human being, and not something to be eradicated. Worse yet, why let someone else take the wheel from a remote location?