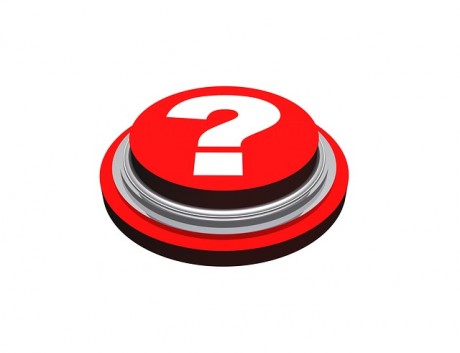 The second largest stock market in the entire world is collapsing right in front of our eyes.  Since hitting a peak in June, the most important Chinese stock market index has plummeted by well over 20 percent, and more than 3 trillion dollars of “paper wealth” has been wiped out.  Of course the Shanghai Composite Index is still way above the level it was sitting at exactly one year ago, but what is so disturbing about this current crash is that it is so similar to what we witnessed just prior to the great financial crisis of 2008 in the United States.  From October 2006 to October 2007, the Shanghai Composite Index more than tripled in value.  It was the greatest stock market surge in Chinese history.  But after hitting a peak, it began to fall dramatically.  From October 2007 to October 2008, the Shanghai Composite Index absolutely crashed.  In the end, more than two-thirds of all wealth in the market was completely wiped out.  You can see all of this on a chart that you can find right here.  What makes this so important to U.S. investors is the fact that Chinese stocks started crashing well before U.S. stocks started crashing during the last financial crisis, and now it is happening again.  Is this yet another sign that a U.S. stock market crash is imminent?

Over the past several months, I have been trying to hammer home the comparisons between what we are experiencing right now and the lead up to the U.S. financial crisis in the second half of 2008.  Today, I want to share with you an excerpt from a New York Times article that was published in April 2008.  At that time, the Chinese stock market crash was already well underway, but U.S. stocks were still in great shape…

The Shanghai composite index has plunged 45 percent from its high, reached last October. The first quarter of this year, which ended Monday with a huge sell-off, was the worst ever for the market.

Suddenly, millions of small investors who were crowding into brokerage houses, spending the entire day there playing cards, trading stocks, eating noodles and cheering on the markets with other day traders and retirees, are feeling depressed and angry.

This sounds almost exactly like what is happening in China right now.  First we witnessed a ridiculous Chinese stock market bubble form, and now we are watching a nightmarish sell off take place.  This next excerpt is from a Reuters article that was just published…

Shanghai’s benchmark share index crashed below 4,000 points for the first time since April – a key support level that analysts said had been seen as a line in the sand that Beijing had to defend, below which more conservative investors would start ejecting from their leveraged positions, widening the rout.

Chinese markets, which had risen as much as 110 percent from November to a peak in June, have collapsed at an incredibly rapid pace in since June 12, losing more than 20 percent in jaw-dropping volatility as money surges in and out of the market.

That drop has wiped out nearly $3 trillion in market capitalization, more than the GDP of Brazil.

Did you catch that last part?

The amount of wealth that has been wiped out during this Chinese stock market crash is already greater than the entire yearly GDP of Brazil.

To me, that is absolutely incredible.

And now that the global financial system is more interconnected than ever, what goes on over in China has a greater impact on the rest of the globe than ever before.  Today, China has the largest economy on the planet on a purchasing power basis, and the Chinese stock market “is the second largest in the world in terms of market capitalization”…

Last night, the Shanghai Composite broke a key technical support level, closing below 4,000 at 3,912.77. The index is now down 24 percent since it peaked earlier this month and has wiped out more than $2.4 trillion in value. China’s stock market is the second largest in the world in terms of market capitalization, with the U.S. ranking number one.

Making world markets even more worried about the situation in China, its regulators are showing a similar brand of leadership as Mario Draghi. After previously pledging to trim back risky margin lending, they have now done a complete flip flop and are permitting individual brokerage firms to avoid selling out accounts that miss margin calls by setting their own guidelines on the amount of collateral needed.

I know that a lot of Americans don’t really care about what happens over in Asia, but when the second largest stock market in the entire world crashes, it is a very big deal.

The great financial crisis of 2015 has now begun, and it is just going to get much, much worse.  On Thursday, Ron Paul declared that “the day of reckoning is at hand“, and I agree with him.

The following is what Phoenix Capital Research is anticipating…

By the time it’s all over, I expect:

2)   The Euro to break below parity before the Eurozone is broken up (eventually some new version of the Euro to be introduced and remain below parity with the US Dollar).

3)   Japan to have defaulted and very likely enter hyperinflation.

5)   Numerous “bail-ins” in which deposits are frozen and used to prop up insolvent banks.

I tend to agree with most of that. I don’t agree that the euro is going to go away, but I do agree that the eurozone is going to break up and be reconstituted in a new form eventually.  And yes, we are going to see tremendous inflation all over the world down the road, but I wouldn’t say that it is imminent in Japan or anywhere else.  But overall, I think that is a pretty good list.

So what do you think is coming?  Please feel free to join the discussion by posting a comment below…