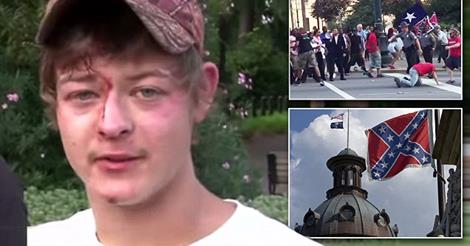 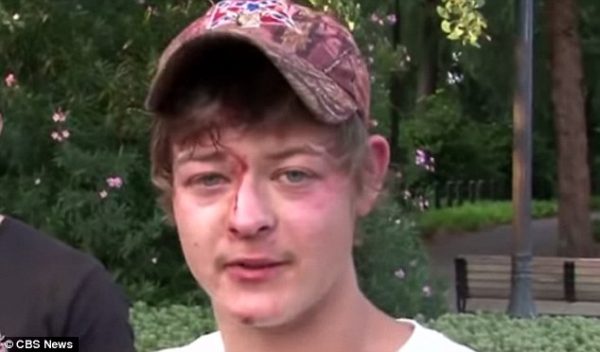 On Monday, a fight erupted between a group of flag supporters and protesters at the South Carolina Statehouse.

Linder, who was hit during the fight, supports the Confederate flag and says “racism has no part” in it.

One Confederate flag supporter told her side of the story to Truth In Media.

“We had flags and we were talking to the press and media, defending our heritage, which is under attack, and we made the message very very clear that we are not about racism or any of the sort, we are all for peaceful demonstrations and having logical discussions on this issue,” said the flag supporter.

“Unfortunately a black group showed up and began confronting us, shouting ‘racist’ in our faces, cursing at us. Twice I saw the cops had to intervene. I have over 30 minutes of video that I recorded of the black group circling us, shouting at us, and being very confrontational, despite the fact that we had a sign that read, ‘all lives matter’ and one that had pictures of black confederate veterans with a message that read, ‘these confederate lives matter.'”

According to witnesses, when a Confederate Flag was taken by a protester, a fight broke out into a busy street in front of the Statehouse.

“We were having a peaceful demonstration to defend our heritage which is now under viscous attack. The hate and racism came from the other side not us,” said flag supporter.

Racial tensions are increasing on both sides as the debate of the Confederate flag continues in South Carolina.