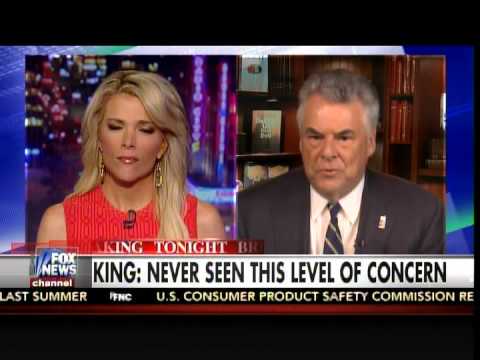 (INTELLIHUB) — The Department of Homeland Security along with both the FBI and the Pentagon, have warned Americans of a major threat of a terror attack during the July 4th weekend.

The Department of Homeland Security (DHS) and the Federal Bureau of Investigation (FBI) issued a bulletin to U.S. law enforcement agencies and educational institutions Friday warning of a potential terror attack or series of attacks inside the U.S. on Independence Day.

Now, famed fear monger and Congressman Peter King, in a segment on Fox News, has claimed that officials are worried that ISIS could launch a dirty bomb attack on New York.

“You wouldn’t see the… nuclear explosion detection devices being used the way they are… if this were just a routine warning.”

After mentioning a possible nuclear attack, Kelly asked King to repeat his warning and he responded with, “Yes, that’s a big concern here in New York….nuclear explosives, the dirty bomb. That’s why so much money has been put in to explosive detection devices.”

Is there a real threat of an actual ISIS terror attack or are officials setting up the narrative for a false flag attack?