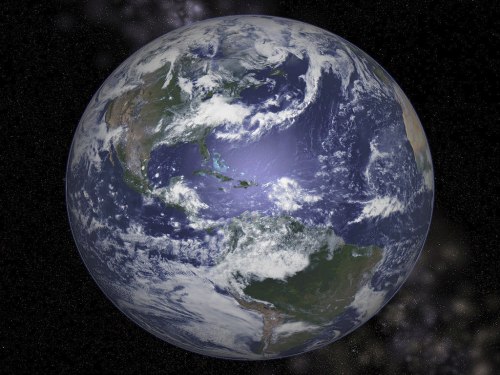 There’s nothing wrong with being an environmentalist. You live on this planet, and you want it to be a clean and healthy place for yourself, and everyone else you share it with. But more importantly, you don’t want to leave behind a toxic crater of a planet for future generations. You want your children to enjoy the same beautiful green world that you grew up in. Right?

Not so fast there Captain Planet! Haven’t you heard? Humanity is a cancer on the Earth, and if you really want to save mother nature, you won’t be having any kids. Capiche!

I’m kidding of course, but I’m sure you’ve heard that argument before right? It’s become a bit of a meme among some environmentalists. They think that by virtue of being human, you’re automatically a source of pain and pollution for the planet, without exception. They fall just short of suggesting that you kill yourself for the planet, rather than presenting some sensible ideas for making the world a better place.

I stumbled upon this frankly anti-human opinion recently when I read an article posted on elitedaily.com (which advertise itself as the voice of Generation Y). It’s titled “Why Science Says Having Kids May Be A Bad Idea.” The author starts by criticizing our culture for promoting procreation, and then goes through some of the pitfalls of child rearing, such as stress and financial expenses. She then goes through some of the main talking points that are often used by environmentalists to argue against human procreation. Let’s see how well these talking points hold up in reality, shall we?

Within the past two years, around one in every eight people in the world were estimated to be victims of chronic hunger. That’s 842 million people who go hungry around the world. Most parts of the planet are not suitable for growing crops or producing food and available arable soil is becoming increasingly difficult to find.

I hate to break it to you, but the number of people in the world who are going hungry is decreasing dramatically. Despite the current population growth, only 795 million people go hungry on a regular basis now. That’s still pretty bad, but 25 years ago it was over 991 million people. Even though providing enough food for humanity is becoming more challenging, so far we’ve been able to meet that challenge and then some.

Perhaps an issue more troublesome than hunger is the lack of water resources available on earth. About 2.5 percent of all the planet’s water is freshwater, with less than one percent (~0.007 percent) accessible for immediate human use.

It’s true that we’re seeing some pretty severe water shortages all over the Earth right now. But part of the problem isn’t our doing. We don’t have much say over whether or not we have a drought. As for the other part of the problem, I guess some humans can be pretty wasteful with their water, but we tend to use up whatever is available, and we cut back when there isn’t enough.

When there is a shortage, it’s often due to the wastefulness of governments, who distribute the water without considering supply and demand. The only point I’ll concede here, is that much of the water depletion on Earth is caused by pollution and unsustainable agricultural practices. But maybe we should put our big brains together to solve the problem (which we humans are pretty good at right?), rather than thinning the population.

Unless you are part of the surprisingly large group of people who think global warming is a myth (it’s not), you know how dangerous this is. Temperatures are rising as more people release greenhouse gases into the atmosphere from burning fossil fuels. Simple and seemingly harmless actions like driving a car, operating a gas stove or turning on an oil lamp burn fossil fuels and further threaten the environment.

It’s true, the percentage of the atmosphere that consists of carbon dioxide has been going up for decades, and yes, carbon dioxide does influence the temperature of the planet. But on the other hand, there hasn’t been any global warming for over 18 years now, despite the fact that Co2 levels have continued to rise. Are you really prepared to say that the human race is causing the planet to warm?

This one is pretty self-explanatory. More people, more pollution. From tossing cigarette butts on the street, to throwing out (non-recyclable) plastics, to dumping garbage in the ocean, pollution will always be more intense the more people there are contributing to it.

Except that not everybody throws their crap on the ground, or doesn’t recycle, or buys tons of Chinese built garbage that they’ll never need. How about you teach your kids to act like responsible adults instead of avoiding parenthood (or maybe you should avoid parenthood. You don’t sound like you’re up to the task.)

In any case, our trash isn’t as big of a problem as you might think. If you put all of the landfills in America together, you would wind up with a site that is only 10 square miles in size (which was the largest estimate I could find). Even if we had another billion kids tomorrow, it wouldn’t be an insurmountable issue.

Space is also a concern. Take New York City, for example. More than 8.3 million people are crowded into a place that only covers a little over 300 square miles. By ignoring the damage caused by urban sprawl — when an overpopulated urban area seeps into surrounding neighborhoods (e.g. New Jersey, Westchester, Long Island and other suburbs) — the city’s environment takes a beating from the enormous amount of people squeezed into the space.

I guess you got me there. It is possible that at some point, we could run out of space. In all likelihood however, that’s not going to happen. The global population is expected to stabilize at some point in the 21st century, and then fall. The reason why is quite simple. While the population is still increasing, the rate at which it’s increasing, is actually going down. Heck, most developed countries are struggling to have enough kids to sustain themselves. Their native-born populations are dropping like a rock. Developing countries will soon follow.

And that’s a problem that most environmentalists don’t acknowledge. We don’t have an overpopulation problem. We’re on the cusp of a global demographic collapse, and falling fertility rates are not helping. People aren’t having as many kids as they used to, and it’s not being caused by the musings of their friendly neighborhood environmentalist.

But even if that weren’t the case, so what? The reason why there are so many people living today, is because of our technological prowess. If we all lived like our nomadic ancestors, we would have ran out of space several millennia ago. If we were still using medieval technologies, we would have never reached our current population. The population will only grow to the extent that our technologies will increase the carrying capacity of the planet, so there is no need to force people to stop procreating. Coincidentally, that is exactly what this anti-human notion often leads to.

As I near the end of my post, the population has reached 7,145,579,198. It is too late to reset that number, but we can still stop it from climbing even higher. Although China’s one-child policy is a forceful way to combat overpopulation, the country is on the right track, and we should follow its example. Better yet, we should stop having children entirely if we want to keep the planet alive and well.

I guess humans can’t decide for themselves how many kids they’re capable of supporting, by gauging their income and the limitations of their environment. No, apparently we’re just a bunch of rats that will breed uncontrollably until we starve ourselves to death, and despite being the most innovative and intelligent species on Earth, we’re incapable of increasing our numbers without killing the planet. I guess we’ll just have to give up our freedoms to a life-hating tyrannical regime, and off ourselves for carbon credits.

Give me a break.