The media loves to promote anything the Kardashians do, especially when it backs the establishment agenda.

Kinda like last week, when Kim Kardashian spoke about the issue of guns in America at The Commonwealth Club of California in San Francisco:

She said: “If there was gun control. They scare me so much. I’m not the type to have them in my house – the security at the front of my house might but not in my house. I truly honestly believe we don’t have strict enough gun control laws and it would change a lot.”

If gun control laws were strict enough to take said guns out of the hands of those guards, she might reconsider her position.

This is a tad reminiscent of Michael Bloomberg pushing gun control while walking around being protected by armed guards. 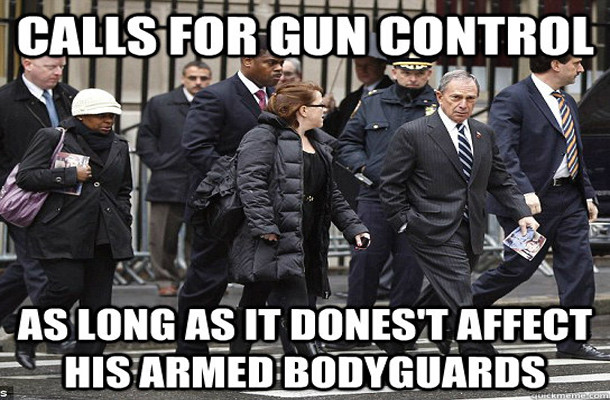 Hypocrite
[hip-uh-krit]
noun
a person who pretends to have virtues, moral or religious beliefs, principles, etc., that he or she does not actually possess, especially a person whose actions belie stated beliefs.