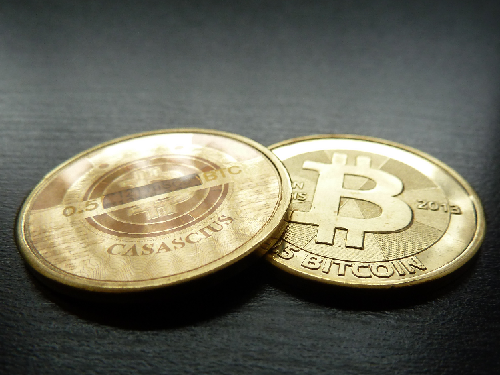 It’s hard to recommend bitcoins for anything these days. It’s been by far the worst performing currency since 2014, as its price has plummeted from over $1,100 per coin, to less than $300 in recent months. With swings like that, it’s obvious that you shouldn’t be investing your life’s savings in Bitcoin.

On the other hand though, Bitcoin still has one advantage that no other currency can beat. It’s pretty difficult for governments to stop people from buying them. While several governments have tried, most don’t even bother. This certainly seems to be the case in Greece, where the government has issued a slew of capital controls designed to keep money in the country, but they’ve neglected stop Bitcoin purchases, and Greeks are certainly taking advantage of that.

To prevent their savings from being converted into devalued Drachmas, Greeks are buying up as many bitcoins as they can. Interest rates on Greek cryptocurrency exchanges have surged, and even websites like Coinbase, which don’t cater to Greeks, have experienced a surge in purchases from Italy, Spain, and Portugal. They claim that sign ups for their website have increased 350% in Eurozone countries since June, and the price of Bitcoin has jumped to over $250 per coin since Greece defaulted on their IMF loan last week. While it’s still safe to say that bitcoins probably aren’t a good long-term investment, take note of what’s going on in Greece. Temporarily keeping your money in bitcoins may be a good way to preserve some of your wealth in a crisis.