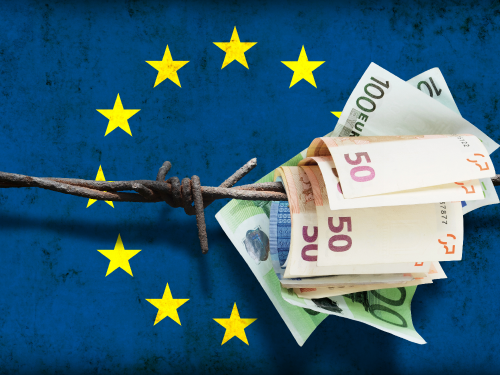 With the financial crisis in Greece reaching a fevered pitch, many have wondered what might happen to the European Union if their most debt riddled member jumps ship. Will it cause a domino effect of defaulting nations, equally interested in leaving this unnatural union? It’s hard to say how it all might pan out, but it’s important to note that anti-EU rhetoric isn’t limited to Greece. Calls to leave the Union are being heard in unexpected places.

Over 260,000 Austrians have signed a petition calling for the EU exit for the country, and now the Austrian parliament must discuss a referendum on the issue.

Overall, the 261,159 people who signed the petition represent 4.12 percent of the electorate.

The petition was most popular in the regions of Lower Austria (where 5.18 percent of potential voters signed it) and in Carinthia (4.85 percent).

The threshold for calling a debate on a potential referendum is 100,000 people.

The petition was launched by 66-year-old retired translator Inge Rauscher, who composed a similar petition in 2000. On that occasion, it was signed by 3.35 percent of the electorate.

Rauscher told The Local that there was probably more support for a referendum now because of the economic crisis and the Greek crisis.

In a press release, she said it was “a great result.”

Unlike Greece, Austria is an extremely wealthy nation, with one of the highest standards of living in the world. Which kind of makes you wonder right? Everyone has been talking about the consequences of what would happen if a financial basket case like Greece leaves the EU, but what happens if one of the more stable and functional nations leave? What if the people who are carrying the weight of the insolvent, decide that they’ve had enough?

All this talk about Greece causing the unraveling of the EU, hasn’t taken wealthy nations into account, even though the whims of their populations should really scare EU leaders. The woman who launched the petition claims that if their country leaves, each household would save 9,800 Euros per year. If that’s truly the case, then it doesn’t sound like the EU can spare Austria.

As for the chances of this happening, it’s hard to say. Current polls place support for measure at around 33%, but Austrian politicians like Robert Marschall think the number is closer to half of the population. He suggests that many of the polls are biased, because they don’t give any anonymity to voters.

We’ll probably find out soon, one way or another. Now that this petition has achieved a sufficient number of votes, their parliament will have to debate the possibility of creating a referendum on the issue. Even if they don’t have enough votes now, that may change if Greece leaves the Euro, and wealthy countries like Austria are stuck with their bill.

DCC Publisher’s note: It is important to keep numbers in perspective. 260,000 Austrians is roughly 3% of the entire population of the country, which is approaching 8.5 million. This is the equivalent of about 9.6 million Americans signing a petition. This is a huge deal and whether it happens, or not, it surely signals a huge sect of public opinion. And, even if this is a minority, it is a very vocal minority.-Dean Garrison