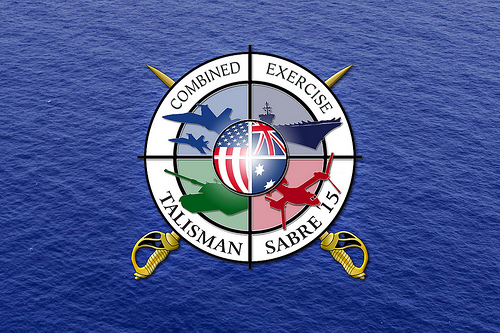 First, I’d like to send a huge “hat tip” to news anchor Gary Franchi of Next News Network and to Alexandra at Forbidden Knowledge TV for having the journalistic integrity to make this information available to the world. Where are ABC, CBS, NBC, AP, Reuters, etc.? And, why aren’t U.S. citizens being made aware of what really is going on?

After watching this almost 7 minute news release, readers will wonder how we were lulled into LaLa Land. Readers probably will question if everyone, especially so-called government officials, believe that all the ‘fascinating’ video war games unleashed upon society ought to be emulated in real life? Isn’t that taking ‘entertainment’ just a little too far? What will be the consequences?

According to Mr. Franchi’s voice over in the news clip,

Jade Helm 15 officially goes live in a few weeks. It will span 10 US states. Nearly simultaneously, from July 4th through the 19th, several thousand miles away, more than 33,000 United States and Australian military personnel will be engaged in Operation Talisman Sabre.

Furthermore, multiple “military locations” in the USA and Australia will be involved! Did readers know that?

Apparently, 2015 will be the summer to remember! It seems that there’s a new dictum: “War is peace,” and that the citizens of Planet Earth are being readied to live in a perpetual state of global conflict.

For one who believes “Do unto others as you would have others do unto you,” I fear the repercussions humans are bringing upon us are due to some long-developed, secret One World Order plans the media deliberately kept from us. Here is Mr. David Rockefeller’s infamous thank you to the media.

Rockefeller is not the only person, who has promoted what amounts to a genuine conspiracy, absolute dysfunctionalism, and an apparent mental illness: Obsessive compulsive behavior to control others using fear, force and inhumane actions against other humans. Didn’t Adolph Hitler do that? May I suggest reading some accurate history about World War II? For a quickie primer, check out the answers on this website and then start researching the Nuremberg Trials here. Who will prosecute the current crimes against humanity?

Ironically and even legally, it seems the ordinary Joe on the street has the book thrown at him for crimes committed against humanity; is incarcerated for life or even gets the death penalty; but the so-called-elites can, and have, run roughshod over everyone and even ruined the planet with weather geoengineering, aka chemtrails, and we, through by our apathy, allow them to get away with it.

All I can say is what Tiny Tim said in the “Christmas Story,” God bless us, everyone.”