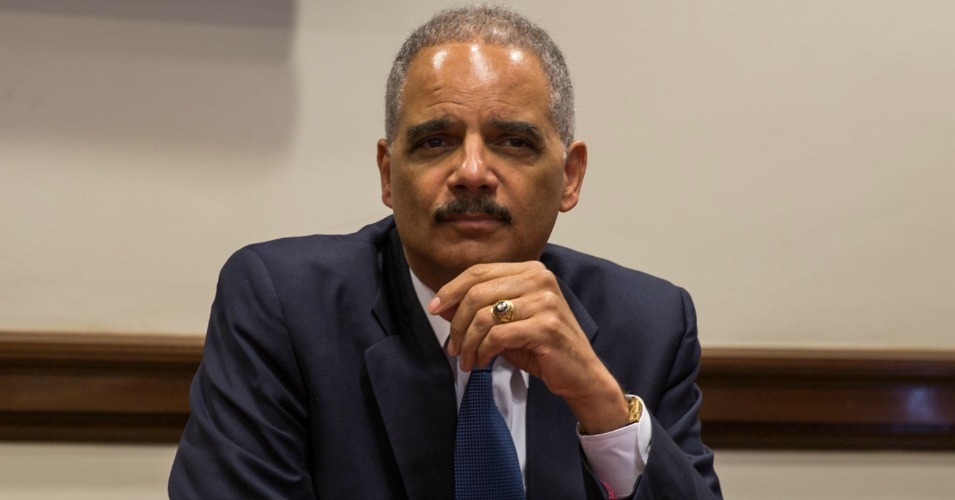 Former U.S. Attorney General Eric Holder’s return this week to a high-level position at Covington & Burling, a corporate law firm that represents big banks, has some calling it a dramatic and troubling example of the Washington-to-Wall-Street revolving door.

That’s because Holder’s six years of service under the administration of President Barack Obama were defined by his refusal to criminally prosecute any of the financial institutions that drove the 2008 financial meltdown and subsequent recession.

“If we had a more aggressive media, this would be an enormous scandal, more than the decamping of former Obama Administration officials to places like Uber and Amazon,” wrote David Dayen in Salon on Tuesday. “That’s because practically no law firm has done more to protect Wall Street executives from the consequences of their criminal activities than Covington & Burling.”

Holder also did a great deal to protect big banks during his tenure at the Department of Justice.

As journalist Lee Fang pointed out in the Intercept on Monday, “The Department of Justice under Holder not only failed to pursue criminal prosecutions of the banks responsible for the mortage meltdown, but in fact de-prioritized investigations of mortgage fraud, making it the ‘lowest-ranked criminal threat,’ according to an inspector general report.”

Moreover, Holder is famous for his ethos and phrase: big banks are “too big to jail.”

It is not clear exactly what Holder will do at his new position at Covington, where he was a partner for eight years before his stint with the Obama administration.

A statement released by Covington on Monday is vague, explaining that “Mr. Holder will be resident in the firm’s Washington office and focus on complex investigations and litigation matters, including matters that are international in scope and raise significant regulatory enforcement issues and substantial reputational concerns.”

Dayen writes that Holder will “never end up as lead litigation counsel for Citigroup, and he can’t be involved in any cases dating back to his Justice Department tenure for two years. But he’ll be able to advise behind the scenes, a compelling prospect for banks in trouble. As we have seen over the last decade, relationships and influence matter more than the letter of the law in determining whether white-collar criminals face justice.”

As for Holder, he said in a press statement that “returning to Covington is like coming home.”