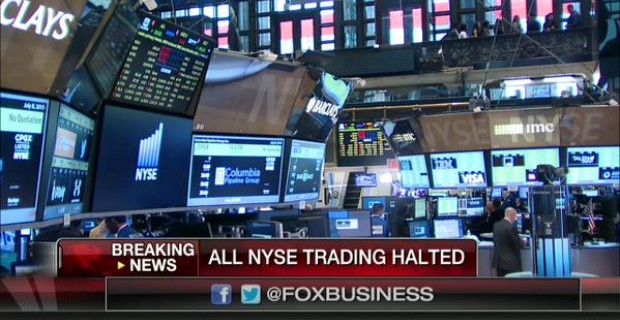 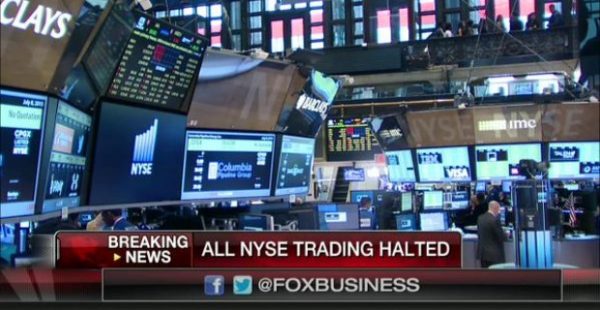 Investment CEO Ross Gerber echoed the suspicions of many by suggesting that the New York Stock Exchange shut down was prompted by a cyberattack and not by a technical glitch as officials claim.

NYSE trading was halted Wednesday, with an official statement that, “The issue we are experiencing is an internal technical issue and is not the result of a cyber breach.”

However, on the same day that United Airlines and the Wall Street Journal also suffered strange technical glitches, with all United Airlines flights temporarily grounded nationwide, some saw the NYSE shut down as one coincidence too many.

“This is probably hacking,” said Gerber in a separate tweet.

Don’t know anything yet. This is probably hacking. Look at united today. Is this a coincidence. #NYSE

I was also contacted by an individual who worked at the at Chicago Board Options Exchange for five years who is convinced that the shut down was not a “technical glitch” but a deliberate move on behalf of the Plunge Protection Team to prevent a massive sell off following China’s stock market collapse.

Ex-trader tells me: “This is a BS halt, influenced by China sell off. Too many ETF’s submitting sell orders & not enough buyers. #NYSE

As Zero Hedge reports, “Some have suggested that this could be a concerted cyber attack (perhaps by retaliatory China unhappy its stocks are plunging) focusing on the US.”

Numerous cybersecurity stocks moved higher after the shut down despite assurances that the halt was not a cyber attack.