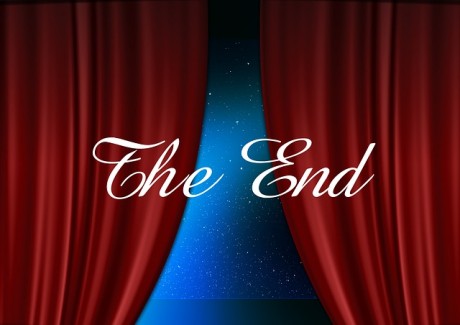 The wait will soon be over.  Greece submitted a final compromise plan to its eurozone creditors on Thursday, European finance ministers will meet on Saturday to discuss the proposal, and an emergency summit of all 28 EU nations on Sunday will make a final decision on what to do.  The summit on Sunday is being billed as a “final deadline” and a “last chance” by EU officials.  In essence, Greece is being given one more opportunity to embrace the austerity measures that are being demanded of them by their creditors.  So has Greece gone far enough with this new proposal?  We shall find out on Sunday.

For months, the entire planet has been following this seemingly endless Greek debt saga.  Global financial markets have gyrated with every twist and turn of this ongoing drama, and many people have wondered if it would ever come to an end.  But now European leaders are promising us that the uncertainty is finally going to be over this weekend…

This time, the leaders’ summit called for Sunday is being billed by all concerned as the definitive moment that will determine Greece’s future in the euro. It’s “really and truly the final wake-up call for Greece, but also for us — our last chance,” EU President Donald Tusk said on Wednesday, the day after the most recent emergency session.

So what is the general mood of European leaders as they head into this summit?

Overall, it does not appear to be overly optimistic.

For example, just consider what the head of the Bundesbank is saying…

Bundesbank Chief Jens Weidmann, meanwhile, said that central banks have no mandate to safeguard the solvency of banks or governments, and stressed that emergency liquidity to Greece should not be increased.

Just how uncertain the coming days are was highlighted when ECB President Mario Draghi voiced highly unusual doubts about the chances of rescuing Greece.

Italian daily Il Sole 24 Ore quoted the ECB chief, under growing fire in Germany for keeping Greek banks afloat, as saying he was not sure a solution would be found for Greece and he did not believe Russia would come to Athens’ rescue.

Asked if a deal to save Greece could be wrapped up, Draghi said: “I don’t know, this time it’s really difficult.“

That certainly does not sound promising.

It isn’t as if the Greeks are not trying to find a compromise.  Their latest offer reportedly contains some very painful austerity measures…

Greece is seeking another bailout totaling at least 50 billion euros ($55 billion) from its European creditors and offering to make painful spending cuts and tax increases as it races to avert a financial meltdown, according to government sources.

Under a 10-page blueprint completed late Thursday, the country said it would undertake austerity measures worth between 12 billion and 13 billion euros ($13 billion to $14 billion), including raising taxes on cafes, bars and restaurants.

But once again, it appears that pensions may be a major sticking point.  The following comes from a Zero Hedge report about the latest Greek proposal…

The biggest surprise is once again in the biggest hurdle: pensions. Recall that as we accurately predicted two weeks ago, it was the government’s unwillingness to directly cut pensions that led to the IMF refusing to even negotiate the Greek proposal.

As a further reminder, this is what IMF’s chief economist Olivier Blanchard said almost a month ago on the topic:

Why insist on pensions? Pensions and wages account for about 75% of primary spending; the other 25% have already been cut to the bone.  Pension expenditures account for over 16% of GDP, and transfers from the budget to the pension system are close to 10% of GDP.  We believe a reduction of pension expenditures of 1% of GDP (out of 16%) is needed, and that it can be done while protecting the poorest pensioners

Fast forward to today when MNI reports that “there are no pension cuts in the draft of the proposal.”

And if recent experience is indicative, this likely means that the Troika will once again refuse to move on with the draft.

We shall see what happens on Sunday.

I have a feeling that it is all going to come down to what Germany wants to do.  At this point, the Greeks owe the Germans approximately 86.7 billion euros.  The German people are overwhelmingly against pouring more money down a financial black hole, and German leaders have taken a very hard line with Greece in recent days.

If Germany does not like this new Greek proposal, it will almost certainly fail.  And if there is no deal, Greek government finances will totally freeze up, the Greek banking system will utterly collapse, and the Greeks will probably be forced to switch back to the drachma.

Speaking of the drachma, check out what Bloomberg is reporting…

Between June 28 and July 4 at a Hilton hotel in Athens, transactions on a Bloomberg reporter’s Visa credit card issued by Citigroup Inc. were posted as being carried out in “Drachma EQ.”

The inexplicable notation — bear in mind, the euro remains Greece’s official currency — flummoxed two very polite customer service representatives and spokesmen for the companies involved.It depicts a currency changeover that the Greek government and European officials have been working for over six months to avoid.

Banks around the world are bracing for the increasingly real possibility that Greece may be forced to abandon the euro, a currency it shares with 18 other European countries.

Could plans to roll out the drachma already be in motion behind the scenes?

The next few days promise to be extremely interesting.

Meanwhile, there are all sorts of other indications that big economic trouble is ahead for the entire planet.  For instance, global commodity prices have been plunging big time…

While market commentators worry whether an economic collapse in Greece could trigger turmoil in financial markets, a slump in commodity markets may be signaling the world is already in a deep recession.

The slump in the Chinese stock market and concern over the Greek debt crisis sent commodities towards multiyear lows. The S&P GSCI—an index which represents a diversified basket of commodities—has been down nearly 40% over the past year and had slumped by more than six percent as of Wednesday, July 8th.

We witnessed a similar pattern just prior to the financial crisis of 2008.

And in addition to the problems that have erupted in China, Greece and Puerto Rico, CNN is reporting that every major economy in Latin America “is slowing down or shrinking”…

Every major Latin American economy is slowing down or shrinking. The World Bank predicts this will be Latin America’s worst year of growth since the financial crisis. As if that’s not dire enough, the world’s two worst performing stock markets are in the region as well.

Very few people are talking about Latin America right now, but the truth is that the region is in the midst of a slow-motion economic implosion.  Here is more from CNN…

Right now, trouble signs are emerging all over the planet.  That is why we shouldn’t just focus on Greece.  Yes, if Greece is kicked out of the euro that is going to greatly accelerate things.  But no matter what happens with Greece, the truth is that we are steamrolling toward another major worldwide financial crisis.  Perhaps you didn’t notice, but I purposely did not use the word “Greece” once in my recent article entitled “The Economic Collapse Blog Has Issued A RED ALERT For The Last Six Months Of 2015“.

Yes, I am taking what is happening over in Europe very seriously.  I believe that we are about to see some things happen over there that we have never seen before.

But the Greek crisis is only part of the picture.  Everywhere on the globe that you look, red flags are going up.

Sadly, just like in 2008, most people have chosen to be willingly blind to what is happening right in front of their eyes.