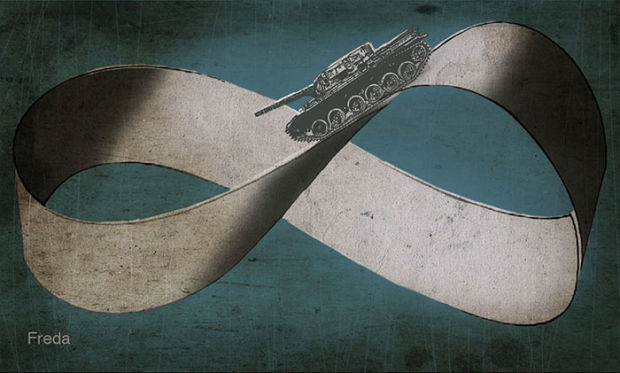 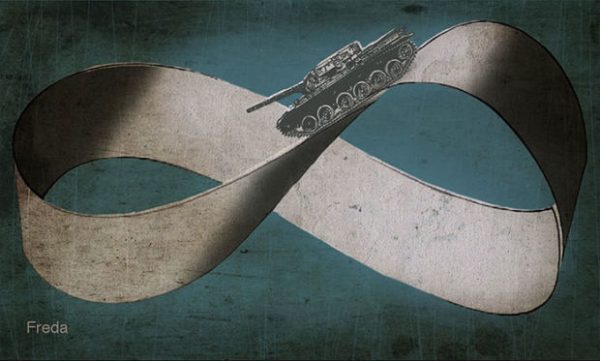 It appears that – with few exceptions – the 2016 elections will be an exercise where candidates jockey for the title of biggest warmonger. Of course, that contest would have been won long ago if rhetoric and war psychosis were the only criteria.

SC Senator Lindsey Graham has indeed received a head start in the competition for his regular incitements to war, most vociferous support of foreign entanglements, and the most psychotic suggestions for US foreign policy.

Graham recently attempted to clinch the win by giving his “first major foreign policy speech” at the Atlantic Council “think tank” offices in Washington, D.C. Graham’s speech was designed to stand as a preview as to what he would do if elected President, a speech that shortly turned into a list of countries he would bomb, countries he would invade, and countries he would both bomb and invade.

Graham then went on to pronounce that he believed the U.S. should commit 20,000 troops to the Syria and Iraq regions in order to “fight ISIS,” the same terrorist organization that his friend John McCain helped organize, train, fund, and direct.

Graham wants to increase the number of U.S. “military advisers” on the ground in Iraq from 3,500 to 10,000 and to include “special forces.” He wants a similar number contributed on the ground in Syria.

Graham also laughably stated that Iran poses “the greatest existential threat to the world order” today and that, if the Iranians refused to knuckle under and accept the U.S. demands as opposed to a deal (which itself is an insult to a sovereign nation), he would commit the United States to yet another war.

“I don’t want a war, but if that’s what you want you’re going to lose it,” he said, “We’re going to sink your navy and shoot your Air Force down.”

Graham’s statements resembled more the playing out of a psychopathic childish fantasy than the statements of a lucid candidate for public office, most notably that of the presidency. But, of course, when has Graham ever acted lucid? And, for that matter, when have Americans ever demanded lucidity from their leaders?

Brandon Turbeville is an author out of Florence, South Carolina. He has a Bachelor’s Degree from Francis Marion University and is the author of six books, Codex Alimentarius — The End of Health Freedom, 7 Real Conspiracies, Five Sense Solutions and Dispatches From a Dissident, volume 1 and volume 2, and The Road to Damascus: The Anglo-American Assault on Syria. Turbeville has published over 500 articles dealing on a wide variety of subjects including health, economics, government corruption, and civil liberties. Brandon Turbeville’s podcast Truth on The Tracks can be found every Monday night 9 pm EST at UCYTV.  He is available for radio and TV interviews. Please contact activistpost (at) gmail.com.