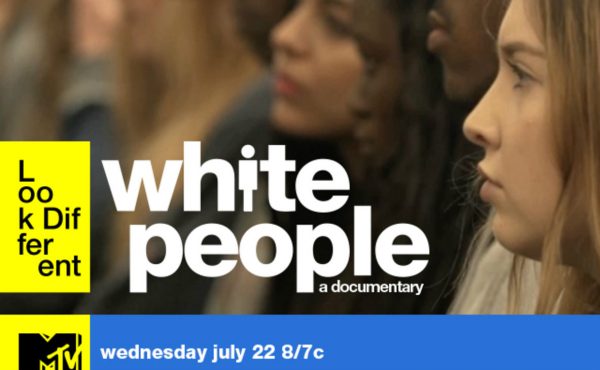 The illegal immigrant behind MTV’s controversial new show White People, in which white people are shown sobbing over their “white privilege,” has been forced to defend against accusations of racism, claiming that the documentary is not about publicly shaming white people.

As we reported yesterday in a story that went viral after being picked up by the Drudge Report, the show, which is set to air on July 22, confronts white people about their “privilege,” while also featuring interviews with Native Americans and black people who blame whites for their woes.

The trailer for the show prompted a huge backlash, receiving over three times the amount of ‘thumbs down’ compared to ‘thumbs up’ on YouTube. The comments section (don’t be surprised if this gets disabled soon) is also filled with irate users slamming the show for racism, including numerous comments made by black people.

Jose Antonio Vargas, the illegal immigrant creator and host of the show, took to Twitter yesterday in an attempt to stem the backlash, asserting that the show is not about publicly shaming whites.

.@MTV‘s “White People” is not “publicly shaming” whites. That’s not the goal. Goal is to spark constructive conversations.

This is a strange comment given that Vargas seemed perfectly OK with retweeting a review which said the show “wants to make white people feel very uncomfortable.”

Radio host Rush Limbaugh said the show was about promoting “white guilt,” while WND’s Bob Unruh highlighted a number of other individuals who were disgusted at the content of the trailer.

Liberal media outlets like Salon.com (which previously said all whites must apologize for the Dylann Roof shooting), celebrated the show, saying it would appeal to those who “enjoy watching white people cry”.

The reaction on Twitter was also pretty savage, with some directly accusing Vargas and MTV of peddling racism.

Blaming all modern #whitepeople for slavery is like blaming all Muslims for ISIS you foamy racists.

#whitepeople will not be playing in my household. Just when I gained faith in you again @MTV. I highly request the MTV music channel back.

If @MTV lets #whitepeople on the air, the uneducated masses of whites will WRONGLY feel guilty about who they are. #FuckMTV #RaceWars

You should be ashamed. Your pathetic excuse for a tv channel has now turned to racism. #whitepeople #mtv #racist

#mtv #whitepeople documentary looks intriguing, but it better be fair. whites have done more good vs bad. 95% of all discovery and invention

@MTV your channel will never be watched again. I’m beyond offended. #whitepeople kiss my white ass!

That MTV #WhitePeople show is proof this country has gone off the deep end.