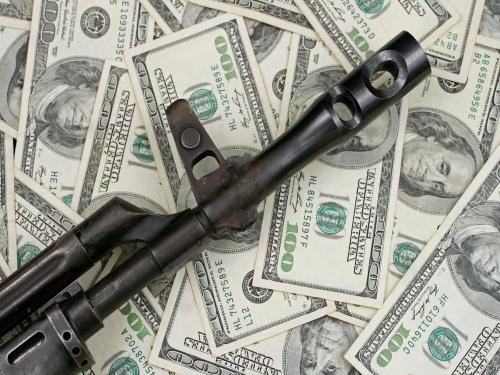 It wasn’t that long ago that we were experiencing severe ammunition and firearm shortages. The prices for pretty much every kind of weapon reached outrageous levels, and there was a waiting list for just about everything gun related. But over the past two years or so, the cost of firearms has finally fallen to a reasonable price point, and ammo shortages have largely relented. Contrary to popular belief however, gun purchases have not fallen. In fact, it seems that Americans are still buying more guns then ever before.

This past June, the FBI reported more background checks then they ever had for that month, since they started keeping track in 1998. All told, June of 2015 experienced an 11% increase in background checks over the previous year, amounting to 1.53 million cases. Theories abound as to why this is happening. Some have suggested that there may be more first time gun owners entering the market, as well as an influx of female buyers. However, there is a more obvious culprit. Gun sales always go up after a mass shooting and the calls for stricter gun laws that always follow. The Charleston shooting may be responsible for this recent trend.

On the other hand, last May also experienced a record number of background checks, which was well before the Charleston shooting. You can see the FBI’s statistics for yourself. If you look at the number of background checks so far this year, it looks like 2015 may wind up with more gun purchases than any previous year. What do you think is causing this trend? Share your thoughts in the comments.