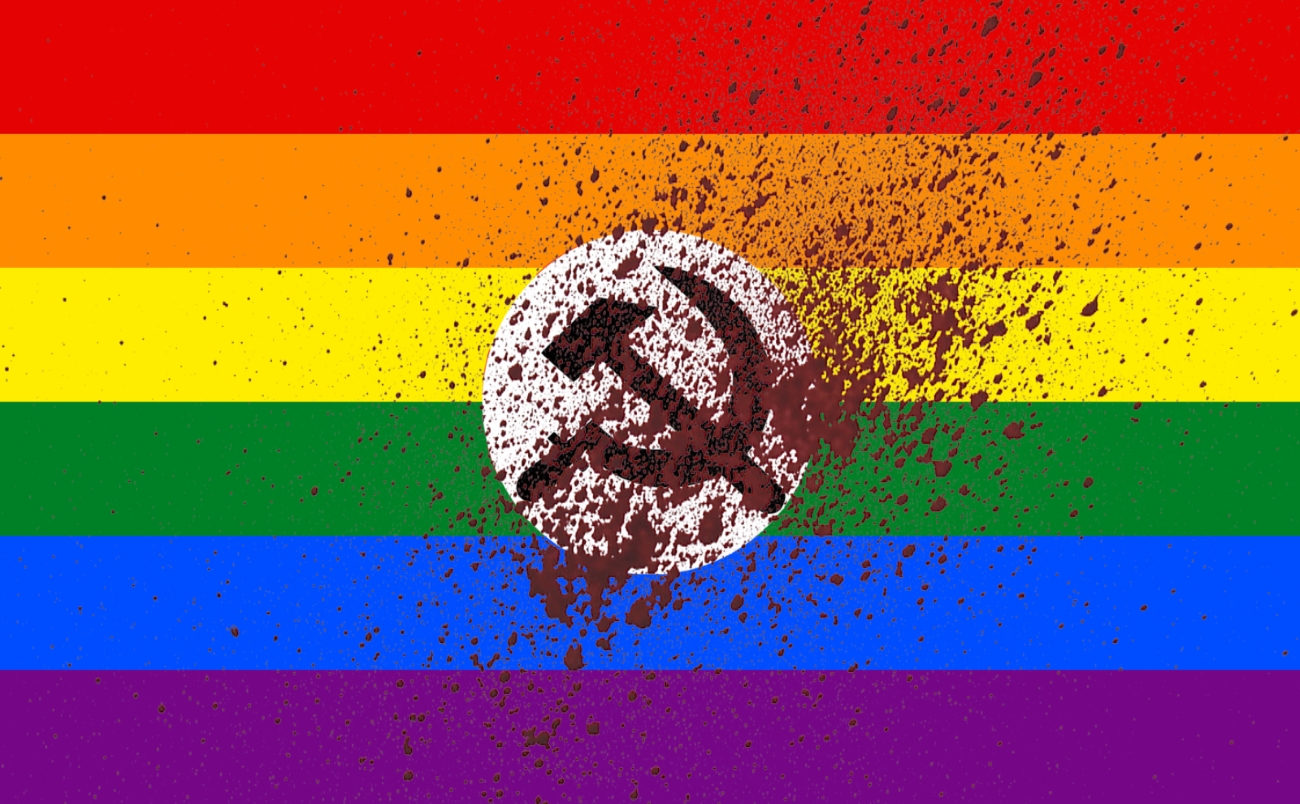 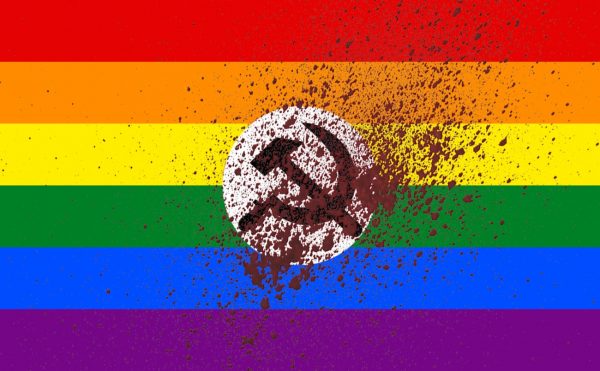 Homosexuals in New Orleans kidnapped young boys, brought them into their homosexual areas, tortured, sodomized them, and murdered them. I received this information from a colleague of ours, Jeremy Santos, who is one of the most fervent fighters against the sodomite agenda in America. While he was in Southern Decadence (one of the biggest rallies in the US), he met with a number of local Christians in the French Quarter, and they informed him of several incidences in which this evil was taking place and being committed by sodomites. I interviewed Santos on the radio show, the Roth Show (which I was covering). The last 30 seconds of the interview was cut off because of time, but all of the information on this story is still there:

Now, you may be wondering on what proof I have for this story. But what you must understand is that from 2011 to 2013, the New Orleans police department ignored over 1000 cases of rape and sexual molestation, one case of which was that of a three year old who was raped and given an STD. The police department of New Orleans did no follow up reports on these cases, and never even investigated them. So of course, these sorts of crimes would not be reported on any news press, because there obviously was no investigation. Here is the full report from the Associated Press:

In the latest blow to New Orleans’ troubled police department, a city inspector general’s report claims five detectives failed to do substantial investigation of more than 1,000 cases of sex crimes and child abuse — with one detective being cited for stating a belief that simple rape should not be considered a crime.

The report, released Wednesday, examined the detectives’ work between January 2011 and December 2013. It found the detectives filed follow-up reports for only 179 out of 1,290 sex crime cases. In particular, the report found that some cases of potentially abused children and rape victims went completely uninvestigated.

The latest city report charged that a detective handling child abuse failed to investigate a case involving a three-year-old brought to an emergency room due to an alleged sexual assault, closing the case without any charges even though the child had a sexually transmitted disease. The same detective closed the book with minimal or no investigation, and again with no charges, on two cases involving children brought to the emergency room with fractured skulls, the report said.

Another detective, this one assigned to handle sex crimes, allegedly told several people that simple rape should not be considered a crime, the report charged. Simple rape happens when a person has sex with someone without their consent.

This same detective handled 11 simple rape cases and five of those cases saw no follow-up reports and one case had no initial report, inspectors found. The same detective said no DNA evidence existed for one alleged rape case, but that was contradicted by Louisiana state police, the report said.

In its findings, the report said the detectives classified 65 percent of the cases they received as “miscellaneous,” for which no report at all was written.

Of the remaining 450 cases, the detectives followed up on only 179 cases and 105 of those were handed over to prosecutors, who in turn prosecuted 74 of those cases.

The report called on police to fully investigate the 271 cases that the detectives failed to properly check into. Officials said much has been done to correct the detectives’ poor work — including follow-up on neglected cases and ensuring that 15 children left in potential danger got the help they needed to ensure their safety.

Homosexuality is the common trait of these sadistic murderers, and if you don’t believe me, here is a whole list of serial killers, all of whom were homosexuals:

Sodomite California Freeway Killer William G. Bonin: murdered 14 boys ages 12 to 19, sexually molested them, tortured, mutilated, strangled & dumped their naked bodies. One was stabbed 70 times. Another had an ice pick in his head. Others had cigarette burns. 1969 convicted of assaulting five boys, sentenced to five years. 1975 imprisoned for another rape. Paroled in 10-78 & began his homo rape & murder spree immediately. Police caught him while he was sexually assaulting a 15-yr-old boy in his van. AP 2-23-96 “WGB said the death penalty “sends the wrong message” to America’s youth. Universal Press Syndicate 960507 Gambit Weekly, New Orleans. He had been on death row for 14 years for 1979? 80 murders. Executed 2-23-96 during BEL broadcast; studio lights dimmed.

Sodomite Patrick Kearney: murdered 32, cutting boys up and putting them into trash bags.

Sodomite Thomas Hamilton: murdered 16; Scotland’s mass murderer liked little boys in various states of undress. Called Mr. Creepie by some of Dunblane’s children. Got even by killing 16 kindergarten children and their teacher and then himself on March 3, 13. Known by police to be “a risk to children,” -USA Today 19990721, page 8a.

Sodomite Orville Lynn Majors: 60 murderers, charged with six. BEL listener Barbara Brown of Madisonville KY called on the air to say that she was a relative of Majors, and that he was a known homosexual. 6 counts of murder… One patient died every 156 hours at Vermillion County Hospital in Indiana during his shifts. He was charged with six deaths but is believed to have murdered 60 people.

Sodomite Charles Manson: a prostitute’s illegitimate son, spent most of his early life in institutions for offences including theft, pimping and homosexual rape. When released in 1967, aged 32, he used his criminal contacts to buy drugs and seduce enough young middle-class women to create The Family.

Sodomite Donald Harvey: murdered dozens in a Kentucky hospital, as many as 70.

Sodomite Anthony Morley: A gay chef murdered his partner, cut out part of his leg, seasoned it with herbs and fried it, a British court heard. Anthony Morley, 35, chewed one of the pieces before throwing it into his kitchen trash. Morley is a former holder of the Mr. Gay UK title.

Gay Sodomite Richard Speck: murdered 8 nursing students, bragged about it on video tape showing him having sex with an inmate and bragging about the many inmates he had sodomized. Died of a heart attack in 1991.

Sodomite Wayne Williams: in Atlanta from 1979-1981 killed black boys, thought to be a racist, but turned out to be a black homosexual.

Sodomite Henry Lee Lucas: murdered thee people including his mother and falsely confessed to many others. According to transvestite Ottis Toole, they were homosexual partners, as reported by American Justice, “Myth of a Serial killer: The Henry Lee Lucas Story”, episode 150.

Sodomite Ottis Toole: a transvestite according to American Justice (episode 150) and he was a partner of Henry Lee Lucas, and bragged about murders in interviews. Toole was a rapist and a claimed cannibal, convicted for 3 murders and confessed to 4 others before his death, and he was still a suspect for other unsolved killings.

Sodomite Frank Davis: killed two youths on a camping trip with an ax in 1983 and almost killed two others, had his death sentence commuted to a 120-year prison term. Murders in Kingsford Heights. “Davis killed the teens after sexually molesting them. Darrin Reed, 14 and Jeffrey Lopez, 15 were killed and two others were left for dead but survived… Davis argued he was sexually abused as an adolescent at Beatty mental hospital… he was forced to perform homosexual acts, as an adolescent, with the older inmates… This ‘affected Davis’ sexual identity,’ his lawyers said.” Of course, homosexual men reproduce by molesting boys.

Sodomite John Joubert: former Boy Scout leader said he enjoyed the “power and domination” of killing. He was executed in the electric chair early July 17, 1996 for murdering two boys in 1983. Joubert repeatedly stabbed and slashed Danny Jo Eberle, 13, and Christopher Walden, 12. He also was convicted of stabbing and strangling a boy in Maine. -South Bend Tribune, IN wire report, p. A6

The homosexual agenda is just an anti-human, vile ideology that is bent on murder and demonic lusts. It deserves nothing but to be rooted out and obliterated, or to use the words of St. Peter, “caught and destroyed” (2 Peter 2:12).