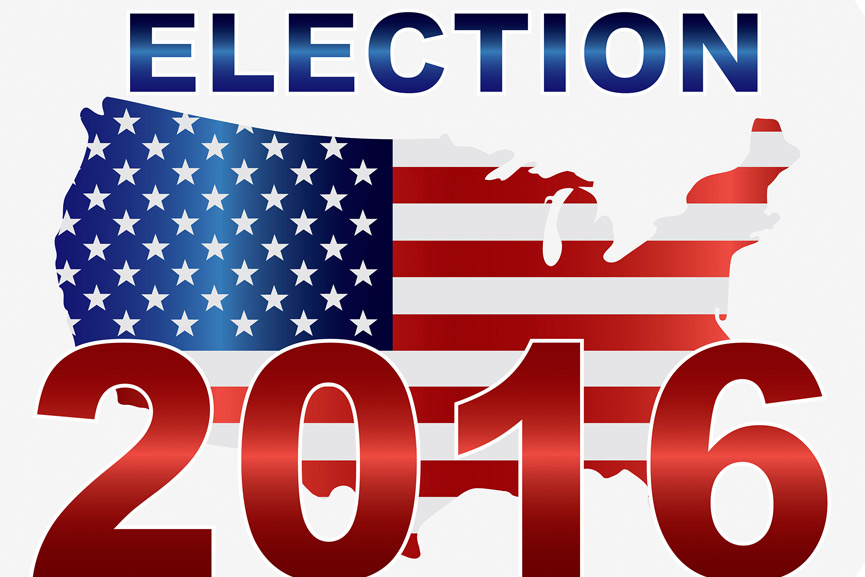 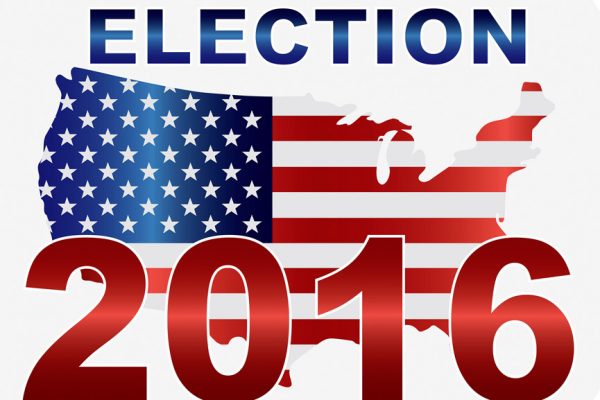 As I have stated many times, the United States does not have the traditional political party divide of Republican, Democrat, Conservative, or Liberal anymore. What we have today is socialists with the same general agenda masquerading as all of the above, with a few Patriots scattered in the mix.

As we have seen with the last election, resulting in a Republican-controlled House and Senate, things in Washington didn’t change at all. The socialist agenda continues, regardless of which party is in control.

What is needed is for all voters who are concerned with the destruction of their country from within to recognize who the socialists are. If we are ever to really turn things around politically, we must vote for candidates who believe in the constitution as the basis of law and uphold traditional American values and morals.

Below is a list of Presidential candidates, identifying those who are socialists or constitutional American Patriots.

Since the Democrat party has been socialist for so many years, it isn’t hard to weed out the anti-American candidates from those who still take pride in their country.

(1) We have Vice President Joe Biden as a possible Presidential candidate. Although the chances of him making a serious run are slight, he is the VP and has to be considered.

Joe is a lifelong socialist and responsible for coauthoring the Patriot Act.

(2) Next, we have Hillary Clinton. Not much has to be said regarding her socialist aspirations because a Hillary Administration would make the Obama Administration look like one of the most Patriotic in history. Essentially, she would be Obama on steroids, this aside from her and her husband’s shady business deals, questionable personal charity foundations, and her involvement in treasonous acts in Benghazi.

In reality, she should be in jail and possibly facing the death penalty for high crimes committed against the US…not running for President.

(3) Former Governor Lincoln Chafee of Rhode Island is in the mix. Chafee is a politician who has been a Republican, Independent, and now Democrat. Chafee has, however, been a socialist throughout his entire political career, supporting every anti-American individual and ideal he could.

A distinct no at the ballot.

(5) Bernie Sanders is a socialist, as well, promoting the political and financial ruse of climate change.

(6) Jim Webb is the last, but not the least viable, contender, being a socialist who masquerades as a Progressive in supporting the transition of the US’s from freedom to tyranny.

Webb’s endeavors as an author bring into question his integrity in the fact that his sex novels include the content of homosexuality, pedophilia, and incest.

Webb is a politician who would, apparently, expand the current same-sex marriage law into allowing multiple spouses and lowering the age of consent to include minors.

(1) We have one from America’s socialist family dynasty, in Jeb Bush. Bush is the former Governor of Florida and was presiding when the hanging chad controversy came up when his brother, George W., first ran for President in the 00 election.

Jeb is a staunch socialist who believes in open borders, and keeping the agenda going with the Patriot Act and all other anti-constitutional laws and agencies.

The Bush family, of course, believe in socialism, having Prescott Bush as the grandfather who supported Adolf Hitler and the Nazi party during WWII.

Another indication of Jeb Bush’s association with the socialist agenda is his support from the major media outlets who continuously list him as the number one Republican candidate in their unfair, selective polling, which is designed to show a desired outcome, not an actual physical result.

A resounding no at the ballot box.

(2) Dr. Ben Carson is an accomplished neurosurgeon and recent politician. Carson is not a socialist and believes in smaller government and most constitutional laws.

The only questionable stance Carson has is his desire to make vaccinations mandatory for all in the US.

Carson became a Republican in 2014, after not affiliating himself with any political party previously.

Ben Carson would begin to turn things around in Washington, if elected.

(3) Then there is Chris Christie. What can you say about this man? He seems to be a contender on the surface, but realistically, I just cannot see him being President. Thus, a vote for Christie would be a wasted one, in my opinion.

(4) I like Ted Cruz; he seems to have a sensible political outlook for America and stands for Conservative values and the constitution as the basis for law.

Cruz would definitely take the country back from the current socialist dictatorship to the constitutional republic it once was.

The only drawback to Cruz is his belief that socialist laws like the Patriot Act and organizations like the DHS and TSA are necessary for today’s America.

Other than this, Cruz is not a socialist and would lead the country in the right path.

(5) Bob Ehrlich is part of the established socialism in Washington and deserves no consideration from Patriots desiring a return to the constitution and American values.

A no at the ballot box for this one.

(6) Next is Mark Everson, who is also a socialist and should not be considered for the Oval Office if you value the constitution.

(7) Carly Fiorina is a socialist who does masquerade as a Republican and does not deserve a vote from those wanting their country back.

(8) Jim Gilmore is a candidate who has thrown his convictions under the bus for the socialist agenda.

Vote no for Gilmore.

(9) Lindsey Graham is a Republican in name only and is a socialist in his actions.

(10) Mike Huckabee is an ordained Southern Baptist Minister and former Governor of Arkansas, a staunch Conservative, and not part of the established socialist dictatorship in Washington.

Huckabee would be a refreshing change from the current dictatorship and would restore the country to its constitutional laws and values.

A definite contender if you desire a candidate who will lead the country in a traditional direction.

(11) Next is Bobby Jindal, who is a Conservative and the current Governor of Louisiana. He would make a difference in getting the country back on track.

A definite possibility, yet not a strong contender.

(12) John Kasich is another socialist who wants us to believe he is a Conservative. If you advocate gun control, you will like Kasich.

(13) George Pataki is another socialist who desires to hide behind the Republican Party. He has the socialist agenda as his number one goal.

A resounding no for Pataki.

(14) Next, we have Rand Paul, who is without question the most sensible Republican candidate running for office. Paul is not a socialist, believes in the constitution as the basis of all law, and desires to turn the country back over to the people who are supposed to be in charge. Paul would drastically limit the power of the Federal government and remove all socialist laws like the Patriot Act, NDAA, and Net Neutrality, all Federal organizations such as the DHS and TSA who scrutinize American citizens instead of international terrorist groups.

Paul is the most well-rounded American Patriot we could hope for and the most viable candidate for US President.

A vote for Rand Paul would be a vote to restore the country to the Republic it once was and admired for.

(15) There is also Rick Perry, former Governor of Texas who lost the last Presidential election entirely on the basis of him not being able to publicly debate. Perry would be President today were it not for his comical falters at the last debate.

If Perry is elected, he will be nothing more than an extension of Bush family socialism.

(16) Marco Rubio is another socialist who has little chance of making it to even the first debate.

I doubt Rubio will even be considered.

(17) Rick Santorum is another ‘also ran’ and not a viable contender.

(18) Donald Trump is possibly the most refreshing Presidential candidate to come along in a century. This is because Trump is not afraid to address problems we face today as a nation, no matter how politically incorrect they may be. The illegal alien situation has been a major problem festering in America for decades, yet most Presidential candidates are afraid to address the issue because of the established political correctness machine in Washington. Trump is not afraid to bring this issue up and talk about negative problems facing our country today.

Trump brings absolute truth to the political table that has not been seen for many decades, and he deserves the support from Americans interested in taking their country back from the tyranny in Washington.

The very fact that we get the truth from Trump should tell us he is interested in rescuing the country from a tyrannical dictatorship and doesn’t care what it costs him personally.

Trump is a definite yes vote for President in getting the US back on the track of being a republic instead of a dictatorship.

(19) Scott Walker is a candidate I personally thought might have run the last time around, but has always been a viable contender.

Scott is a Conservative who believes in the constitution and would be a great pick for President. However, he may not have the popularity and notarization needed to pull it off.

Unless his popularity picks up drastically, he cannot be considered as a candidate we should vote for. Otherwise, we risk wasting our votes on someone who will not win.

So, if you’re someone who believes in restoring the constitution as the basis of law in the US, a Patriot, and or a concerned citizen wanting their country back from the socialist dictatorship, you do have choices this Presidential election.

No one on the Democrat side, Ben Carson, Ted Cruz, Mike Huckabee, Rand Paul, and Donald Trump are the candidates to choose from to get our country back.

Personally, Rand Paul is my pick because he is the most sensible candidate that we have to lead our country back to being a constitutional republic. Yet, any one of these candidates would be a refreshing change from socialist tyranny to the free country we once knew and cherished.